One of the best resources an author can have is another author. 20 authors share writing tips and details about their author journey. 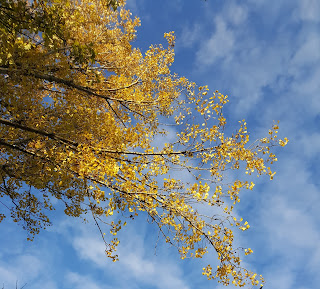 Authors featured in this article:

I wrote from a very young age. I joke that my first "published" book was when I was 10
-Susin Nielsen
One summer, when I was around eleven, my friends were away and I was bored. Since my parents didn't believe children had to be entertained, I was left to sort out this problem for myself. An avid reader, my mind was always filled with stories, and having access to a notebook, a fountain pen, and some wildly exciting red ink, I began to write.-Amber Harvey

I've always written journals and diaries, especially while traveling and I have always dreamed of writing a great novel. My idol was Umberto Eco with The Name of the Rose which I loved but the literary fiction ideal blocked me because I didn't think I could write like that. Dan Brown released me from the fear of writing as I saw that you could have a similar plot of religious history but still be a mainstream writer, so I started believing I could write a novel. -Joanna Penn

Only child for nine years--never anyone to talk to! So I invented characters even before I could write. -Melodie Campbell

I started writing as a child. I grew up in a house full of books, and reading was how I understood the world. My Grade Two teacher...encouraged me to write special assignments outside of class. I still have some of the things I wrote for her, like an illustrated fable that I stitched into a little book bound with construction paper. -Alix Ohlin

I started to write creatively after completing a graduate thesis in 1994. I remember driving home from the University of BC after my oral defense, thinking it was too bad that I had finished the project because I had enjoyed the writing process, the business of chewing over ideas and arranging them. And revising. And then immediately the idea of writing a novel popped into my mind. -Arleen Pare

When I decided to take my writing seriously, I applied and was accepted to the Writer's Studio at Simon Fraser University in Vancouver. I loved the program and had grown a lot as a writer during that year, so I knew I was on the right track. After that, I moved to Toronto to attend the Masters of Fine Arts program at Guelph. -Ayelet Tsabari
I suppose my journey to getting published began when I took a writing workshop during my undergrad. I got the chance to work with Andre Alexis and he saw something in me that I didn't even think was possible. I still remember how excited I was the first time he told me my writing was good enough to be published; I screamed in the elevator after leaving his office! -Karen McBride
I kept taking writing classes. I did a reading or two. I made friends with other writers. One day, after sending my new manuscript to several presses, one of them accepted it.
-Arleen Pare

Reflect on your writing process

I imagine the climax and work backwards from there asking why questions: why did the kayak go over the waterfall?
I don't start writing until the plot points are plotted out. Then I start imagining the characters.
-Pam Withers
Most story ideas come to me through a character. I see someone interesting on the street or a character pops into my imagination, and I think, Who is this? What is his or her background? What problem is he or she facing? I may live with the character for a long time before a story idea emerges.
-Ellen Schwartz

I was a TV writer first, for twenty years, before I wrote my first original YA novel'
-Susin Nielsen
Teaching taught me to prepare lesson plans and to organize a project, all helpful in laying out a manuscript. -Brenda Chapman
I worked for ten years as a counsellor and social worker. Counselling taught me to pay close attention to people, to relationships, and to communication; it gave me an opportunity to be involved in people's lives during difficult times and to learn more about how people understand themselves and their lives. -Robin Stevenson
I spent twenty-five years in theatre and film, acting and directing. And yes, the two are perfectly matched. Preparing for a role is very much like creating a character. You learn that every character in every scene must have a goal or a motivation. -Anne R. Allen
Before writing, I was a contemporary ballet dancer, touring and performing internationally. When I began to write I was still teaching dance and choreographing. The creative process was ingrained in me and this was extremely useful when I set out to write. -Jan Degrass

Please share one of your successful author platform-building techniques

Like many authors whose work appeals to a YA audience, I spend a great deal of time on the ground speaking to students in schools and libraries, and to older groups, teachers and librarians, and readers, for example, at conventions and international writers' festivals. I also maintain a lively and entertaining website as well as a presence on Facebook and Twitter. I try to push the publicists at my publishing house to get me onto radio and TV and blog sites, and I make sure that I perform well and am conscious of promoting my work to the best of my abilities when I have those opportunities. I think doing simple things like answering the many e-mail messages I receive from fans is important too.
-Shane Peacock
I've found numerous speaking engagements, which lead to more speaking engagements, and now invitations to headline conferences and be the keynote speaker. -Heather Shumaker

Read, listen to, and watch as much as you can. I find creativity is sparked in me when I see the brilliant creativity of others. -Karen McBride
There's an amazing community of writers online who I have met through blogs and Twitter. Anyone can become a part of that by being generous with their time, helping others on the journey, and sharing their story. -Joanna Penn
An author needs tools, talent, and tenacity. The first you can learn, the second you can hone, and the third is open to anyone who keeps at it. -Lou Allin
For me, success is about tenacity and becoming a better writer; learning to listen to those who are trying to help. -Debra Purdy Kong
If you want to have a career as a published writer, never give up. The only failed writer is the one who stops writing! Love what you do. The process of writing is everything and no one can take that away from you. -Mary Sharratt
The important thing to remember though is that writing in and of itself is a reward. The rest is just icing. -Brenda Chapman
I wish more writers would create a more loving relationship with Writing, so that they are kinder to it and to themselves--treating it like the special, sacred relationship that it truly is. -Winslow Eliot
I've been encouraged by and learned a lot from the authors who visited my blog. Featuring them on my blog is my way of saying thank you.

-more authors to visit
-the full interviews
Where?
guest page 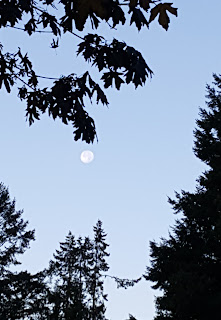 On this blog in November...

Sunday, November 27
Island Invasion (short story) by Leanne Dyck
This short story was inspired by The Inconvenient Indian by Thomas King
Much thanks to Johnny Aitken for giving me the support I needed to claim this story.
And in December...?
Posted by Author Leanne Dyck at 3:16 PM