A humourous look at island life--and a cautionary note to respect an artist's privacy. 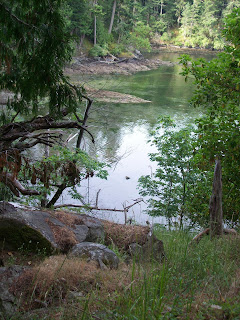 With its breath-taking beauty and remote location, Plumper Island is an incubator for creative talent. Many artists live here. In fact, it was an interest in visiting one that first drew me to this island.

My inquires regarding that artist garnered an odd response. "Her? Why would you want to visit her?"

"I'm a fan and, being an amateur painter, I thought maybe..."

"She relishes her solitude."

"And snarls threats at any person who dares trespass on her land or even, for that matter, down the road that leads to her property. She has a guard dog that shares her temperament and a loaded shotgun that she enjoys using."

"That she is. That she is. Rumour has it that she worships her goddess--Gia--in her own unique way. Her deflated-air-bag-breasts flop as her plate-of-jelly-stomach wobbles as her thick-as-tree-trunk-legs stomp as she howls--Awwrr!!--at the full moon."

Needless to say, I never completed my search for that famous artist. But there are other islanders equally as talented and far more hospitable. I highly recommend visiting their studios.

February on this blog

will be full of fun
I've got a new list for you. This one is full of literary retreats from around the world. Then I'll share two of the good books I just finished reading--The Pink Steering Wheel Chronicles and Saturday Night Ghost Club. I'll top of the month with a short story freely written--Answering Machine. Looking forward to spending February with you.

Oops, I almost forgot this being the last post of the month I'm

From BC to Newfoundland--a year full of literary festivals. 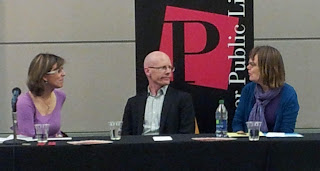 I've greatly benefitted from attending writing festivals in so many ways--skill development and inspiration and encouragement and networking and improved self-esteem and... Whether you're attempting to write your first story or just released your 50th book, I highly recommend attending one or several. Here's a year's worth--for your consideration (this isn't a complete list, but I've tried). If you're disappointed by the brevity of the list--bless you--there are more extensive lists at the end of the post.


Take a break. Read a book. Write a story.

The Word on the Street
Halifax, Nova Scotia

The Word on the Street
Saskatoon, Saskatchewan

Victoria Festival of Authors
Victoria, BC


Canadian Festivals and Reading Series
The Writers' Union of Canada

Question:  (maybe you have the same one) Why are there no Canadian literary festivals in June? Huh? 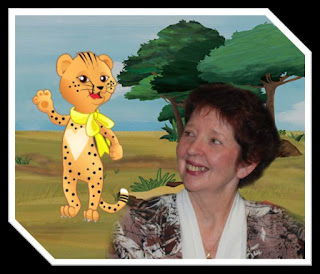 The Gifted Kid Book Series has been written to create a doorway into the world of the gifted child.  The stories provide a fantasy world in which children can safely examine real world issues.

How did this journey begin?

Early in 2012, our daughter phoned to share her wonderful idea about writing a picture book, especially for gifted and talented children.  Bronwyn had been teaching for some 15 years before she became a Project Officer with the Department of Education where she, along with others, trained teachers to work with gifted and talented children.  For a period of 8 years, she was involved in setting up GEMs in schools around Brisbane, Australia.  GEM means Gifted Education Mentor.  And now, she wanted to write a book to encourage gifted children and help them start conversations with their parents.  Then came the crunch line – “Would I be her editor?”  Little did I know then that, in the next five years, the tables would be turned.  Bronwyn’s workload increased.  The topic expanded.  One picture book grew to five, and Bronwyn became the editor and I donned the author’s hat.

Why did you choose to write for gifted children?

It was only during Bronwyn’s time as a project officer that she discovered that she was gifted.  The more she learned about this topic, the more things fell into place for her.  Self-acceptance, self-esteem and self-confidence blossomed with this new understanding.  She began to realise that being gifted was normal for her.

As parents, we realised that if we had known about giftedness when she was small, it would have made a difference for he.  Had we been aware, we may not have dismissed our child’s early developmental stages as normal.  We thought every young child could structure sentences, talk well and remember everything. Had we known, we may have realised that behind this well-behaved little girl was an exploding mind wanting freedom to explore.  We may have heard her struggle to find where she fitted in. Had we understood, we may have recognised her camouflaging behaviour, her search for friends – mainly older than herself – and her boredom with repetition.

How did you come up with your characters for this series?

One of the analogies Bronwyn used to help teachers identify with gifted children was an article written by Stephanie Tolan, called “Is it a Cheetah?”   With Stephanie Tolan’s permission, her cheetah analogy became the seed idea that sparked our decision to cast the main characters as cheetah cubs.

Tell me about your characters.

What part of this journey has brought you the most joy?

I have really loved working in my creative workshop – developing my cheetah cubs, seeing their characters emerge and getting to know what they would say and feel. This has been so much fun.  To see bland text on a white page being transformed into real characters with eyes and a face and emotions was exhilarating.  When I received the first black and white drawing of the landscape, I thought, “Yes.  This is their home.  This is where they live.  This is a safe place for them to tell their stories.”

Discovering my creativity has been a motivating force that has powered me on and on.  It’s like slowly lifting the lid of a hinged blanket box and releasing hundreds of beautiful butterflies.

What was the most daunting part of bringing your books to life?

One of my reviewers said, “There is a tenderness to the characters and a tone of celebration of their uniqueness.”

To achieve this outcome has been tricky.  I remember the early drafts of my second book where the underlying premise is based on the fact that cheetahs are the fastest runners on land. My daughter said this story was too judgemental.  So we discussed this issue: How do we make comparisons without passing judgement? To achieve this, I restructured the storyline, redistributed the dialogue and added humour, while still addressing the issue of camouflaging behaviour.

Who will benefit from these books?

Primarily, these picture books are written for young gifted and talented children, aged from 2 years to 8 or 9 years old.  They are multi-layered and designed to grow with the child. The Children’s Choice pages (at the back of each book) extend the stories by developing activities to s-t-r-e-t-c-h the child’s mind.  It was so rewarding to receive a review from two boys, aged 6 and 8 years, who are registered with Mensa in New Mexico.  The title of their review is, “Characters Just Like Me”.

They also help parents understand why a gifted child may behave like one of my cheetah cubs.  The Parents’ Pages (at the back of each book) are designed to explain why the story was written and to stimulate dialogue with the child.

The books are also being regarded as a resource tool for professionals – teachers, school counsellors, psychologists. To support their relevance for teachers, Master Educator, Dr Kathy Murray has aligned the books with The Australian Curriculum (for primary schools) and The Early Years Learning Framework (for kindergartens and early learning centres).

What advice would you offer to parents who have gifted children?

Find out what makes your child feel special.  Listen to their heart and talk to them to discover what motivates them. Create space for their creativity, their interests, and their curiosity.  Record their ideas.  Help them to smile on the inside.

The most prominent feedback from parents of gifted teenagers is that they wish these books have been available when their children were small.  I hope, in some small way, that my series of picture books will help parents grow happy, confident gifted kids.

What has been a significant encouragement to you in this journey?

I have been humbled by people around the world who have affirmed my books as filling a significant vacuum in the field of gifted and talented. People, like Stephanie Tolan, Carolyn K (Hoagies Gifted Page), Dr. Jim Delisle, Carol Bainbridge (giftsforlearning.com),  Dr. Marianne Kuzujanakis, M.D., M.P.H., (Chair of SENG's Professional Advisory Committee, Desirée Houkema (Specialist in Giftedness and Talent Development at National Talent Centre of the Netherlands), as well as many professionals working in the field in Australia have encouraged me.  I am grateful to Royal Fireworks Press for making my stories available in USA & Canada since 2018 and Abakus Press in Turkey in 2019.  Other translations are being explored, including Holland/ Belgium and Asia.

You can view and purchase the books at a discounted price from Royal Fireworks Press     www.rfwp.com/series/gifted-kid-book-series

"A sweep is as lucky/as lucky can be," sings Dick van Dyke (watch him on YouTube)

Sweeps are lucky because they survived their childhood labour as Climbing Boys. In Victorian London, every day, all day, Climbing Boys were forced to--with brushes in hand--climb into chimneys. Some got trapped. Others fell from roofs. Others...

Though most of the Sweeps in Jonathan Auxier's book are cruel, protagonist Nan Sparrow's Sweep--the man who raised her--is almost saintly in his selflessness. In an attempt to make Nan's life tolerable, he gives her all he has. Before he disappears into the shadows, he leaves behind his last gift--a lump of soot and ash.

The right gift--no matter how seemingly insignificant--given to the right person can transform a life. 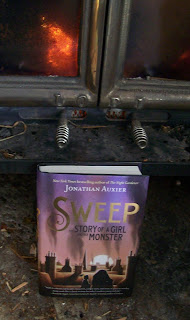 Winner of the 2018 Scotia Bank Giller literary award,
Sweep:  The Story of a Girl and her Monster is one of those rare books that remains with you long after you finish reading the last page.

Early sketches of the characters in Sweep

No fluffy bluish white ice crystals fell on Mayne Island this winter but that doesn't mean we didn't have challenges. 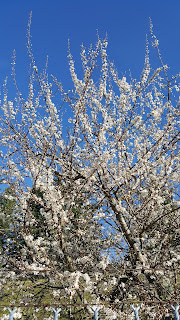