Brenda Chapman is author of the Jennifer Bannon mystery series for young adults. Hiding in Hawk's Creek, the second in the series was shortlisted by the Canadian Library Association for children's book of the year in 2006. Brenda has published several short stories in magazines, including Canadian Living, and in 2010 released In Winter's Grip, an adult murder mystery that the Globe and Mail calls "A fine debut for a talented writer". In 2011, Orca published The Second Wife in its popular Rapid Reads series for adults (Orca 2011); it was shortlisted for a Golden Oak award by the Ontario Library Association in 2012. Second Chances is a standalone young adult novel was published in September 2012 and Cold Mourning, the first in an adult mystery series will be published fall 2013, both from Dundurn.  Brenda recently signed a two-book contract with Grass Roots Press for a mystery series for adult learners. The first will be released fall 2013.

Brenda is a former teacher and currently works as a senior communications advisor in Ottawa. She is past president of Capital Crime Writers and continues to be active in the crime-writing community. For the past three years, she has been a judge in the Ottawa Public Library's Awesome Authors contest and received their Order of Friendship in 2010 for her volunteer work. 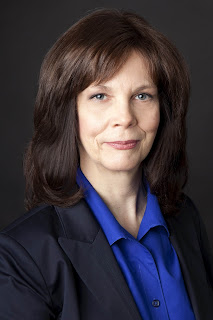 Like so many authors, my favourite subject in school was always writing class. I went on to study English literature at university and took a third-year creative writing course that focused on poetry and short story-writing. I absolutely loved it, but didn’t think I could make a living in creative writing. I went on to teachers’ college and worked in the special education field for about fifteen years before I found my way back to writing.

I had a difficult time reconciling in my psyche that I actually was an author. It’s not like there is one defining moment when someone gives you a degree or a plaque with your new job description. I thought  I’d automatically feel like an author when I became published, but even after seven books, I’m still sometimes surprised when someone introduces me as one. Writing was always such a personal endeavour for me, and I’ve been doing it all of my life, whether it was school assignments, a diary, poems or letters home. I also read voraciously throughout my life and in retrospect, believe that this was all part of my apprenticeship.

I wrote a series of humorous short stories about being home with my two young daughters for a local publication called Homebase. There was no money involved, just a lot of personal satisfaction. My first paid piece was in the magazine Canadian Living in 2001. I was paid $300 and signed a contract.

My English lit studies, including research and essay-writing were a great training ground. Teaching taught me to prepare lesson plans and to organize a project, all helpful in laying out a manuscript. Around the same time I began writing novels, I started as a writer/editor in the federal government. This involved relearning all the high school grammar and learning to write in a tight, precise style. I currently work as a senior communications advisor, a job I would not have gotten if I hadn’t been able to write and communicate effectively.

Good writing and novels that keep me reading long into the night are my best inspiration. I also become reenergized talking to other authors and people who love books. Another source of inspiration is music. Music can move me and listening to some of the music from my youth brings back memories and feelings that I can bring into my writing.

You’ve written for both young adult and adult markets. Recently, you published The Second Wife, a mystery for adult learners. Is it hard to write for different markets?

I enjoy the challenge of writing in different formats for adults and youth. It’s a way of stretching my writing chops and growing as a writer. Sometimes, a story idea will better suit one age group over another, and I’ve been lucky to be able to successfully switch back and forth. The difficulty comes in marketing and it would be easier to establish myself in one area.  Luckily, I have a base of readers who welcome everything I produce!

What are you working on now?

I’ll be sticking with adult mysteries for the foreseeable future. I currently have contracts for three novels – Cold Mourning is a full-length mystery set in Ottawa and will be released by Dundurn in fall 2013; My Sister's Keeper is a shorter mystery for adult learners or those wanting a quick, fun read and it will be published by Grass Roots Press, also in fall 2013. I’m currently working on sequels for each series.

Social media is key to building a platform and getting people to notice your work. My efforts go into Facebook, Twitter, Goodreads and a blog. I’ve also hired my colleague at work who works in the creative services to make videos of some of the events I’ve been involved in. He’s currently putting together a video of my launch for my latest release Second Chances.

The moment I knew I had to try writing a book came when a friend was telling me about somebody they knew who published their first book. I felt such an overwhelming jealousy that they’d written a book that I realized how much I longed to do the same thing. I wrote without worrying about being published and still do to this day although having my manuscript accepted is an objective, certainly. The important thing to remember though is that writing in and of itself is a reward. The rest is just icing. 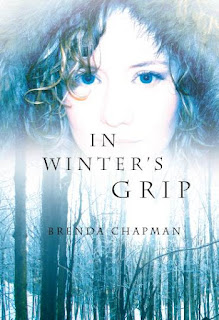 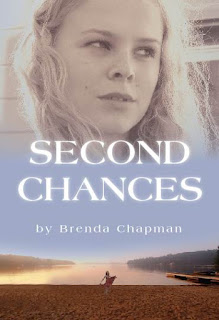 Second Chances is a coming of age story set against the historical backdrop of “peace, love, rock and roll” and the Vietnam War. It is a tale of family loyalties, lost innocence and the teenage search for meaning in a world increasingly difficult to understand.
Follow this link to learn more about this book

Blog:  http://brendachapman.blogspot.ca/
Posted by Author Leanne Dyck at 9:00 AM