To Any Reader by Robert Louis Stevenson reviewed by Leanne Willetts

To Any Reader
by Robert Louis Stevenson

As from the house your mother sees
You playing round the garden trees,
So you may see, if you will look
Through the windows of this book,
Another child, far, far, away,
And in another garden, play.
But do not think you can at all,
By knocking on window, call
That child to hear you. He intent
Is all on his play-business bent.
He does not hear; he will not look,
Nor yet be lured out of his book.
For, long ago, the truth to say,
He has grown up and gone away,
And it is but a child of air
That lingers in the garden there.

I wrote this review on September 24, 1987 for a University of Winnipeg children's literature course. The professor--whose name, unfortunately, has been lost to history--gave me an A- and commented, 'Interesting, as always'. Her other comments I will include at the end of this post.

I have resisted the desire to re-write--and will quote the entire review as it appeared when submitted, long ago. 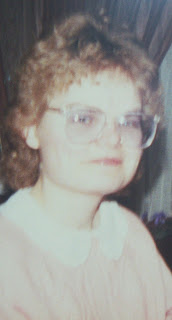 Stevenson's talent as a poet seems to be his ability to write from a child's point of view. This talent may stem from a chance lost, this chance being his ability to enjoy a healthy childhood.

Stevenson captures this sad longing in the poem To Any Reader.

The line, 'a child of air' seems to me to be expressing the idea of further strengthened by these lines, 'For, long ago, the truth to say,/ He has grown up and gone away.'

Stevenson has, in fact, found in his poems a safe place for his memories to remain. Writing may, in fact, act as a type of therapy to release him of the sad longing for a chance lost.

Most children, if read this poem, would, of course, not be impressed by Stevenson's sad longing. The poem holds for children the possibility of making a new friend, the new friend being the 'child of air' or, in fact, poetry.

The professor's additional comments...
Nice observation. The adult nostalgia for childhood can be seen over and over again in children's literature. It might, in fact, be an interesting topic for a critical article. If you're interested, I could start you on some books.

My reply (too many years later--I fear)
Yes, I am interested. Please direct me to them.
Also, I have to wonder, what's up with all the 'in fact's?


sense--to me. My writing lay flat on the page.
"Look." She was a little angry--I could tell. "I may live through your pen but I'm not you."
I listened and now that scene sings.
Wish me luck as our relationship continues to develop.
(Thankfully, she is a secondary character. : ) )
Word count:  16, 879 words