Chapter two: Emma, Aster's sister-in-law, thinks Aster is foolish to live on a remote island. She advises Aster to move. She asks Aster to move in with her. Does Aster accept this offer? 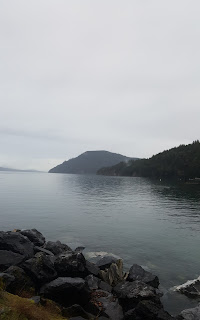 And amongst all this bounty, Emma thought of me—her abandoned sister-in-law. How could I turn my back on her generous offer? I had no choice. So I moved in. Sure I did. I was lonely so I was at her mercy. She ordered one of her offspring to help me move. I can’t remember which one—they all look alike, to me. All the boys look like Baldur and all the girls look like Emma. So, I didn’t bother learning their names. He was polite and helpful enough—I suppose. He came with two of his sons—grown men, all. I was surprised. I didn’t think I was that old.

We moved my essentials—TV, radio, clothes, knitting, and even some of your books. It all fit nicely into their van with room left over.

But they weren’t happy. Are you sure that’s all you want to take? They kept asking. We have lots of room.

Oh, yes, I told them, over and over again. This is just a trial run. We’ll see how things go. The stuff won’t go anywhere.

I thought they’d hear me, but when they refused to, I stared at them all dead in the eye and said in a firm voice. Yes, this is enough. I’ll be fine. And after what happened, I’m so glad I did.

I couldn’t wait to leave this place. I knew they were expecting me to, so I locked the door. But what I really wanted to do was strike a match and burn the place to the ground. Out of the ashes, we’d rise—and then we’d be free, you and me, my love. But, I knew, if I’d done that they wouldn’t have stopped at Emma’s condo. Oh, no, they’d have dropped me off in some old age home where I could be watched night and day. So I didn’t give them any provocation. I clammed up, sat up straight, and took my medicine like a good girl.

The first couple of days were fine. Emma acted like she was pleased to see me—like she wanted me there. Then things started to change. Emma and her kids started walking on eggshells. It was like they didn’t know how to act around me—what to say, how to treat me. I thought their true feelings were showing.

You would have told me that I was being too sensitive. Relax and just be yourself, you would have advised. You would have wrapped your big, strong arms around me and said, They’ll come around.

But you weren’t there, now were you. You weren’t there and I was on my own. Still, I tried to follow your advice, the best I could. I tried to make myself useful. I did the dishes. Emma took the clean dishes that were drying on the rack and washed them all again. I cleaned the bathroom—she cleaned it again. I made a meal. She refused to eat it and made something else. Then, then she had the gall to offer it to me.

So, I told her, No, thank you, I’ve just had a delicious meal.

I heard her mumble something. I didn’t ask her to repeat it. It was her house. I didn’t want to start a fight.

But I knew, from day one, that she didn’t approve of me. Do you remember when you took me home for the first time? The minute I met her I knew she didn’t like me. I told you, but you said it was just her way. You said she was shy around strangers. But you know as well as I do, my love, there’s not a shy bone in her body. You promised me that when she got to know me she’d be warmer. I’m still waiting for that miracle. You said I misunderstood her. But you didn’t see her face. If looks could kill, I’d be dead. Nothing, no one, was good enough for her darling baby brother, least of all me.

Aster’s needles flashed in and out of the stitches.

Life with Emma just kept getting worse. She started to grumble and complain. Who took the last of the milk? Who took that last egg?

Um, let me think, I wanted to say. There are only two of us living here. If it wasn’t you who took it, then it must have been me.

I mean, it wasn’t a deep, dark mystery and it certainly wasn’t a big deal. Eggs and milk are staples. Every grocery store has them and they’re not liable to run out of them, either. I wanted so badly to point that out, but I didn’t. Instead, I offered to walk a block—or, no, less, half a block—to the corner convenience store.

She said, Oh, no, you can’t do that. She spoke to me like I was some kind of invalid—which I’m not, or wasn’t then. And she phoned one of her kids. I overheard them talking. She said a lot of she’s and then tittered like a schoolgirl, I knew she was talking about me. It wasn’t polite—and I had half a mind to teach her some manners, but for your sake, I kept my mouth shut and pretended I didn’t care what she said about me.

The next minute, her daughter showed up—with young kids in tow. These ones were, maybe, three or four years old—too young to be in school. I think she just had the two but it seemed like she’d brought an army. They raced around the condo screaming their fool heads off. All the time Emma’s saying, Oh, aren’t they adorable! Aren’t they so cute!

Really? They were about as cute as an infiltration of killer bees. Their favourite song was, mine, mine, mine—which they belted out at the top of their lungs.

When their mother went to get our groceries she left the writhing mass in our care. They climbed all over Emma. I thought they would kill her—crush her death.

And I thought, fine. If that’s the way she wants to go—being mauled to death—that’s just fine.

But then the little darlings went racing around the place and came crashing into me. I nearly went for a loop and could have broken a bone, which at my age isn’t a small thing. But luckily, I was able to catch hold of the back of a chair and steadied myself. Their next run-by I fell forward and visualized impaling myself on the chair. It had sharp tip posts jutting out the back that would have done the job nicely. Well, the thought scared me to death.

So I grabbed the little demons. I didn’t hurt them—they were fine. I was forceful but fair. I told them, This is a home, not a zoo. When you’re here you need to behave like people, not wild animals.

But it was evident that they’d never been given any rules. The minute I tried to talk some sense into them, they started bawling their heads off. Well, then, don’t you know, their mother returned. She walked into the apartment and saw me attached to her horrified babies. They wiggled out of my grasp and ran to her. Save me from the witch! I thought I heard them cry. And that’s how she acted—like I was harming them.

What did you do to my children? She glared at me.

Well, I tried to explain, I told her, I’ve done nothing wrong. I was just trying to teach your children a little restraint. Your mother’s old. I’m old. They race around here like savages. They could hurt us—break a bone. And then we’d have to be hospitalized. That’s what I told her, but I could tell she wasn’t taking it well.

My children aren’t savages, she snarled like a mad dog.

So I turned to Emma. Tell your daughter what happened. Tell her I wasn’t behaving irrationally. Explain how out of control your grandchildren were acting. I pleaded for her to help me. I mean I’d seen the fear in her eyes when they were climbing all over her.

But did she support me? Did she try to help her daughter understand that guidance was necessary?

Instead, she said—. And this is what still hurts. This is why I will never talk to Emma or any of hers ever again, as long as I live. She said, and I quote, Aster has a history of child abuse. That’s why she was forced to stop teaching.

That’s what she said, that’s what she believes—that I abuse children. And I wonder how many other people think that about me? It’s not true. It’s a mean, hurtful lie. I know the truth—and so do you. Don’t you, my love? Don’t you? You know I would never hurt...

You know I never meant to...

She fell silent for a few minutes. When she continued, her voice could have cut metal.

I stood there listening to Emma’s accusation, and I wanted to cry. But I didn’t give her the satisfaction. Instead, I packed my belongings, hired a man with a van, and moved back here. If that’s what the world thinks of me, I don’t need them. It’s been years since I spoke to Emma—years. And I...

A tear rolled down her cheek.

I don’t miss anyone.

No one but you. 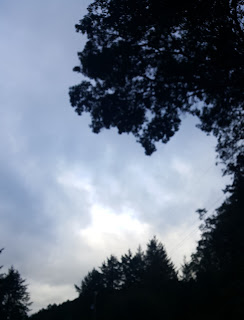 It's obvious that Aster isn't content on a remote island. How did she get there? Let's go back to the beginning...