The Other Side (short fiction) Ch. 7 by Leanne Dyck 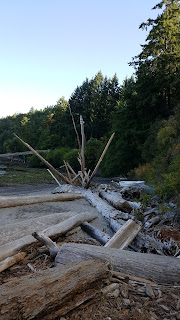 Chapter 7
Owen asked the members of his hockey team to help us move into our new house. Most of the guys had trucks so we didn't need to rent a moving van. They showed up ready to work. In fact, they took it as a challenge to outdo one another. One guy carried a very big box all by himself. So another guy carried a very heavy box. One guy carried two boxes. So another guy carried three. And on... And on... There was very little left for me to do but say, "That goes in here." or "Ah, I think it would look better over there."
Owen thanked them in beer. That day in April was surprisingly warm. So they sat around in our backyard sipping beer and 'talking carp'. I felt like I was in the way so I... I felt a strange pull to go back to the laundry room.
It was so quiet in there. I sat on the concrete floor beside the dryer, leaned back, and closed my eyes.
Clang. Clang. Clang.
A cowbell?
Plunk. Plunk. Plunk.
A guitar?
"Mara," someone called.
"Mara." That was Owen's voice. I rushed to the stairs.
"Oh, there you are. The guys are gone. Why don't you come upstairs and we'll..."
***
That weekend Owen and I went for a walk to meet our neighbours. They were all outside working on their sun-filled lawns.
"We just moved here," Owen told them.
"Well, welcome," some said.
"Into which house?" others asked.
"The one on the corner," Owen said.
"Do you garden?" They asked.
Clearly, we'd moved into an entire neighbourhood of avid gardeners.
"A little," I lied. The truth was that I'd under-watered, over-watered, and generally neglected every plant in my care. I'd even managed to kill a cactus.
Our last stop was the house just next door. A woman was on her knees weeding. All we could see was her back.
"She looks familiar," Owen mumbled.
I wondered how he could tell--we couldn't see her face.
He smiled at her when she stood to greet us. "We're your new neighbours."
"Yeah, I know." She used her teeth to tug on the middle finger of her gardening glove and slowly revealed her hand. "We watched you move in." She introduced herself and shook our hands. "I know you'll really like it here. It's a great neighbourhood, full of interesting houses, especially yours. Plants grow very well there, both inside and out. If you know what I mean."
I didn't.
"I heard you practicing."
Our new neighbour and Owen looked at me.
I quickly added, "Oh, no, I'm not complaining. I like it."
"It? What it?" She asked.
"Your music. You're musicians. Do you play the cowbell or the guitar?"
"Us?" She laughed. "Oh, no, my husband's a school teacher and I'm an exotic dancer." 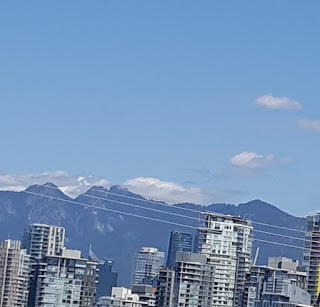 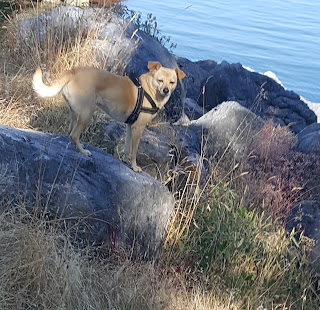 Every Sunday and Wednesday in August
from Sunday, August 1 to Wednesday, August 25
I will continue to publish installments of
The Other Side
until...
Sunday, August 29
Book Review
Skinny Legs and All
Tom Robbins

Summer in the City...

Last weekend I sailed from my island home--Mayne Island--to the big city of Vancouver. My mother and father-in-law had to move from their apartment to a long-term care facility. Last weekend, I helped clean their apartment and sort through their belongings. 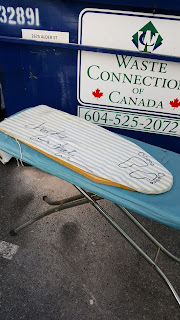 (I'd like to thank the artist who put a smile on my face. When I brought it to the dumpster all I saw was an ironing board. In the master's hands...)

I brought my dog, Abby, with me to Vancouver, and on one of our walks, we found... 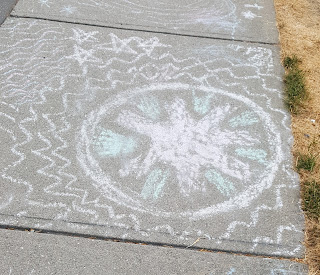 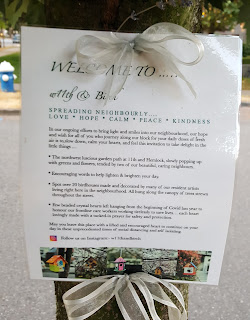 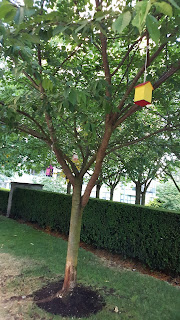 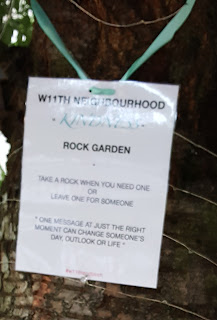 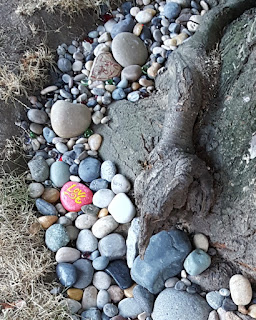 I was overwhelmed by the talent, kindness, and thoughtfulness that went into these projects. What a wonderful way to lend each other support during these troubling times. Clearly, warm hearts beat in the city too.