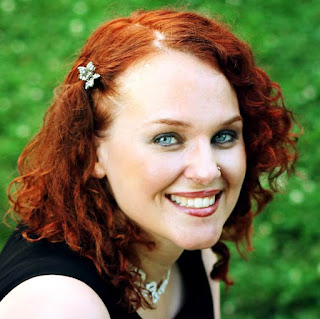 I started writing before I could actually write. The first poem that ever spilled from me spilled when I was only four years old. I still remember it word for word. I have no idea why, but I do. Beyond that, I wasn’t the kind of kid who was outside digging in the dirt much, I was always playing quiet pretend, making up stories and sending my toys on missions and adventures. Writing, even then, without words.

Quite by accident! When I was in sixth grade writing a short story became part of a lesson in school. Everybody had to do it, most moaned and groaned, but I relished in it. I must have done a good job because my teacher submitted it for publication and it was accepted.

As I mentioned before, a story I wrote as a piece of schoolwork when I was twelve. It was called JC Collins, and it was the tale of a thirteen year old mute girl who ended up caught in a classroom when her school caught on fire. The story detailed her harrowing escape.

That story ultimately was published in a few different places. My teacher thought so much of it that she submitted it to a literary magazine for students nationwide and it was published in their annual Excellence edition. Then, the same teacher entered it into a contest, which I won, and I got published again in several newspapers. It was pretty exciting stuff! I was hooked!
How long ago?

Dare I date myself? First publication date was 1984. I never quit writing, so I’ve been published since…thank goodness! Whew!

I’ve always written. Well, mostly always. There was a short period of time in my twenties when I felt discouraged and stopped. Big mistake. A writer should never give up that creative outlet. It leads to a rotten, negative state of mind. During the time I didn’t write, I did lots of silly things. I was a nurse’s assistant, a customer service rep, a waitress, a phone operator, an Emergency Medical Tech. I also moonlighted as a receptionist and a gas station attendant and a dental assistant. Oh, and I went to college, too.

I think anything is an asset to a writing career. Going to the supermarket can be an asset to a writing career if you allow the experience to settle in and use it later in a book.  Any little thing, from the frustration gained by suppressing an urge to slap the crap out of somebody on the other side of a cash register, to dealing with people in general, and especially high stress moments like pulling somebody out of an crumpled car after an accident, leave imprints on your mind you can use later in a story. As long as they don’t leave you, you can draw on them later. Sometimes, when you’re not aware of it happening, and, especially, sometimes, if you’re not even trying.

Beauty inspires me. It can be anything. A poem, a melody in a song. A snippet of a lyric, a cloud passing in the sky. I’m inspired by colors and scents and moments suspended in my mind, caught in time, waiting for me to put them on paper.

The most important thing that any author can do is to touch people. Not just their readers, but their fellow authors as well. Reading and writing are obviously intertwined, you can’t have one without the other, and they’re never-ending as well. Never, ever, will a person finish a book and say, “I am completely fulfilled! I shall never read another!” Readers read and writers write, so, in my mind, there is no competition amongst writers, and no reason why we should not help and support one another. Especially in the Indie World of publishing.

So, the most successful author platform anybody can have is to have friends. Lots of them. Make friends in the community and support those friends. Talk about their work as well as your own. Read it. Get to know them and build up a strong community all your own. Advertising is in the eyes and out of mind when the website is changed. But the word of somebody who knows you suggesting your book to somebody they know is priceless and personal. Be real about it. Make connections, make friends. You’ll see success begin to happen.

Publishing, whether it’s traditional or Indie, is a tough egg to crack. You can do it. You were strong and brave enough to put your soul onto paper for all to see, you’re strong and brave enough to endure the pitfalls and make your dreams happen. Set goals. Work hard. Never give up. Never surrender and never, never be afraid to shine, shine, shine. 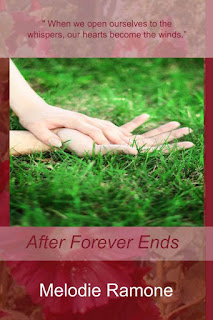 Orphaned by her mother and brushed off by her dad, fifteen year old Silvia Cotton has lived a lonely life. That is until her father moves the family from the Highlands of Scotland to the Midlands of Wales. It is there she is enrolled in Bennington, a private boarding school, and meets the charming and rebellious Dickinson twins, Oliver and Alexander. Her regrettable life is changed forever.
Locked into a fierce friendship with Alexander and lost to a whirlwind romance with Oliver, Silvia finds herself torn away from everything she thought she knew. Married too soon, she moves with Oliver to a rustic cabin deep in a Welsh wood and embarks upon a life she'd never planned for, surviving on hope she never knew existed and faith she never knew she had. Through the years of laughter, joy, sorrow and tears, she makes her way through university and onto a career, only to surrender her ambition to raising her children and living a life that was strikingly "normal". But what is normal? Certainly not what ensues in the wood.
True love, faeries, friendship, loves lost and gained. Fate, doubt, friendship, strength and courage, Silvia's story could belong to anyone, but it is her own. Simple yet extraordinary, told with wit and candor, Silvia unravels the tangled web of her days as she reveals the secrets that exist in an ancient wood, how hearts given freely can become the stuff of magic, and how true happiness is never any further than one's own back garden.


Links to book are: