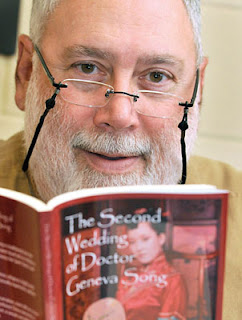 Let’s assume for a moment that there is a choice: to write; or, not to write.

I write to express my self.

In 1992, in the Cariboo-Chilcotin, I thought I had lost a Sabre pocketknife that I had found more than a decade before on the banks of the North Platte in Wyoming.

The sense of loss seemed overwhelming and disproportionate to all of the other loss I had experienced in life.  I sat down at the keyboard and wrote, “The Lost Knife”, my best story, in a white rush.  If I had not, what then? 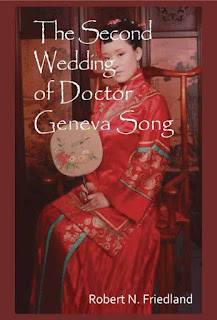 About The Second Wedding of Doctor Geneva Song

Doctor Geneva Song's Chinese wedding ceremony is traditional, but she marries outside of her race and culture. This ancient ritual sets in motion a fateful journey from the light to the dark for Geneva, her Spirit Sister, and the men who love them.

Sister Deri, Geneva's Spirit Sister, her living incarnation, starts life as a country bumpkin in the remote countryside of Northeast China, becomes a deeply committed and ordained Buddhist nun, a sexual concubine, and the most powerful woman of finance in Canada.

Along the way, the man who loved Geneva first is murdered, and her fist husband is betrayed. Discover why one critic says that Doctor Geneva Song is destined become one of fiction's legendary women.