This short story was recently published in the literary journal Canadian Stories... 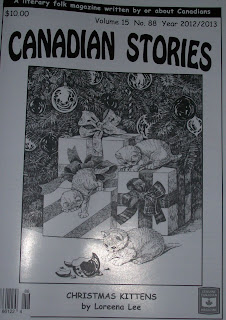 I'd like to offer it to you today with a little Christmas cheer...

Another Christmas Eve quickly approached and I knew my entire extend family would gather—as they did every year. They’d talk, laugh, exchange gifts and enjoy delicious food. They would—I wouldn’t, not any longer. My husband and I had moved from Manitoba three provinces away to British Columbia.

That first year I thought I’d be okay until I started hearing Christmas tunes everywhere. I’ll phone my cousin Susan, I thought. After all she’s alone too.

“Why don’t you and Brad come and have Christmas here on the Island?” she suggested. And I was determined to stick to this plan.

A few days later I heard the weatherman’s prediction. “We’re guaranteed to have a white Christmas this year.” He pointed to a low-pressure system that was sweeping across our province. “Tons of snow will make traveling hazardous.”

Unfortunately, Brad saw the weather report too. “I think we should postpone our trip to Salt Spring. Our sports car isn’t equipped for driving up snow-covered hills. We can always visit Susan later when the weather’s better.”

Clearly he doesn’t understand, I thought. “No we have to…” My voice choked up. “It’s Christmas. We need to be with family.”

Not wishing to disappoint me, he said, “We’ll try.”

We made reservations with the ferry that would take us from the Mainland to the Island. I packed my bags and started the count down.

The day came and proved the weatherman’s prediction was accurate. It began snowing early in the morning and grew worse with each passing hour. 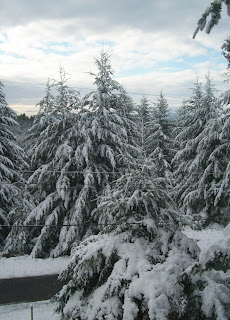 “I think we should phone Susan and cancel,” Brad said.

So grumbling to himself, against his better judgment and led only by his selfless desire to see me happy, Brad drove us to the ferry.

There was hardly anyone in the ferry terminal. The BC Ferries workers kept asking, “Are you sure you…”
Not allowing them even to finish their sentence, I defended my plan. “Yes, we’re sure.” We can’t be alone. It’s Christmas. We need to be with family. 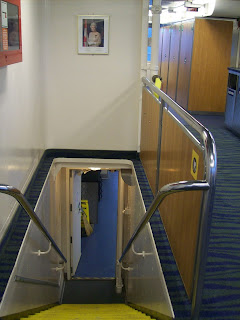 We boarded the ferry. A routine two-hour trip ended up taking eight hours as we were diverted and re-diverted. But eventually we docked at Salt Spring Island.

“You see we made it,” I said feeling triumphant.
Brad turned to me with steel eyes. “The ferry was only half the battle. The other half is that steep hill.” He pointed with his chin. “And it’s not going anywhere.”

“But…but you said we would try.”

“Yes, Shelley. I did.” By the way he said my name I knew he wasn’t filled with the Christmas spirit.

“And you’re a good driver. I have faith in you.”

He did try. He tried three times, in fact, but the farthest he got was halfway up the hill. I visualized my three brothers pushing us up that hill.

“This time you’ll make it,” I heard them promise—I forced back tears.

But they weren’t there; Brad and I were alone. And I feared we would remain alone.

“You got any more brilliant ideas?” He asked after driving backwards over a three-mile steep, curving hill. “We could be safe and warm in our apartment. But no you had to drag us all the way out here. And now… And now… It’s pitch black. We’re stuck in a blizzard. And we don’t know anyone who can help us. Happy?”

No, I’m not happy. But I got us into this mess. And I have to get us out. I know I’ll phone Susan. She’ll know what to do. I punched her number into my cellphone.

“I’d go and get you myself but my Toyota doesn’t like the snow. I’m afraid I’d only end up stranded too. Try a tow truck or a taxi?” She gave me the numbers. The tow truck driver’s voicemail message wished me a Merry Christmas. The taxi driver laughed in my ear.
Brad was beginning to swear which I didn’t think was very Christmassy but had to admit was justified.

Desperate, I phoned Susan again. After all, she was older and wiser. I knew she’d have a solution. And she did.

I couldn’t believe my ears. “What?”

“Ask for a ride. Someone will help you.”

By the tone of her voice I knew she was serious. She wanted me to ask a complete stranger for help. Clearly she hadn’t watched enough horror movies. But I had. And I knew what would happen if I followed her advice—Brad and I would end up dead or worse.

What’s that noise? I looked for the source. It was Brad. His teeth were chattering. I have to do something. Now. But what? We’re a steep hill away from Susan, a hotel, a restaurant and almost everything. I looked across the street. Everything but that grocery store. I saw three large trucks with snow tires parked in front of the store. One of those drivers will give us a ride.

“To the grocery store.” I climbed out of the bucket seat.

“Why? We have chocolate bars.” He found his backpack behind his seat. With frozen fingers, he fumbled with the zipper but finally won. He pulled out the bars.
“I’m going to ask for a ride.”

I closed the door on the rest of his sentence. I have no choice.

Large sleigh bells hung on the store’s door, they jiggled as the door closed behind me. It made me think of Christmas angels. I said a silent prayer, “Please, this has to work.”

I surveyed the store not for groceries but for an angel. A few aisles away a mother was talking with her teenage daughter. If anyone will help me, she will.

“Please you have to help. My cousin is expecting me for Christmas but my car won’t climb the hill.” I was embarrassed that tears were rolling down my cheeks.

She didn’t know me. She’d never even seen me before. But it didn’t matter. It was Christmas. She made room in her truck for our luggage, my husband and me. And she drove us right to my cousin’s door. 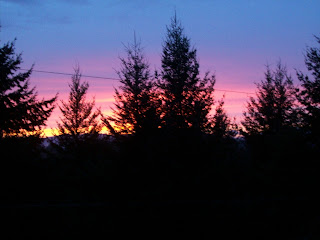 No, Smoke the Other End
(mystery/comedy)

Excuse:  I'm slowing down to enjoy time with family and friends. : )
To write (well) you have to live.
***
Next post:  Please welcome Author Sharon A. Crawford