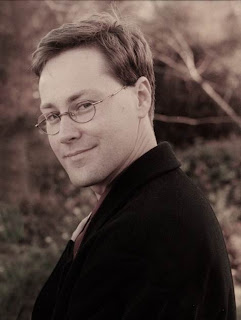 Why did you start to write?

I grew up in a remote iron-ore mining town in the Pilbara Region of Western Australia, just on the edge of a desert. It was blisteringly hot, occasionally decimated by cyclones and often rebuilt. It was a big, open, rust-coloured land which for me, was as big as an ocean, beautiful but isolated. Growing up in a place like that lets the mind stretch.

I started writing when I was a young boy, mainly to explore. It’s still true today. This might sound odd, but I don’t write to tell stories, but from curiosity. Stories are the consequence of that curiosity. Sometimes something will come to me, an idea, an image, a relationship, a snatch of conversation… whatever... and I’ll be captivated.  And then just like that, it’s gone. So rather than just let it vanish I’ll buy the ticket and watch the movie in my head, write some of it down, maybe stumble across another character or part of the world.

It’s a compulsion, definitely. I can’t imagine not writing. I love stories and storytellers, that exploration of ideas and the weird, unexpected places that they can lead to. I think I wrote my first ‘novel’ when I was twelve or thirteen, journals and shorts well before that, and have never stopped.

Which is a very different question, isn’t it? The short answer, was by deciding to be one.

That decision didn’t come easily, as it turns out. I’ve written all my life. It’s like breathing. Most writers I think share this, but the decision to become a capital ‘A’ author was a whole different thing. It meant making the time to finish my first novel, then to take it seriously enough to open up it to criticism, proof it and so on. Coming from a creative background in film/tv this was difficult because I’d always held my personal writing as something separate from that process.

The other part of the answer was in the decision to thoroughly commit to the supporting work you need to do to make it all hang together. By this I mean building the blog, engaging more thoroughly on Twitter, treating the process, ironically, more dispassionately. The fun, exciting, crazy-mad passionate part is the writing, but being an Author is also a job, and a big learning was understanding I had to treat it like one.

Technically, that would have to be a poem I wrote when I was eleven about the town closing down. Sure it was a company town - built for a single purpose - but as a kid it was also the only home I knew and it was mind blowing to think it was going to get bulldozed. So for one time instead of writing about space-ships I wrote about that, and it must have connected.

In terms of my first real published piece, that would be ‘Jan and The Spooky Periscope Incident’ a couple of short stories that went up on Amazon in February this year. I’m actually a massive fan of the whole Indie publishing thing, and used the short as a small experiment. It did alright, peaking for a short time in the top 70 free ebooks (comedy) on Amazon and was inspiring enough to confirm this is how I want to launch Undreamed.

Undreamed, a psychological thriller, is my first full length novel.  When I wrote the book, which follows Alice, a woman caught in a dream so well conceived that she can’t tell the difference between it and her waking life, I was truly fascinated by how someone might be able to live like that, the kind of compromises they’d have to make to stay more or less sane. Since it’s written from her point(s) of view in the present tense, it hopefully conveys that claustrophobic / nightmarish sense of entrapment. It was also quite challenging to write with a woman’s voice, but I had a huge amount of help from my wife Zandra, and a few of my beta readers.

What did you do before embarking on your writing career?
Was it an asset to your writing? How?

I’ve worked in and around film and television, first as a technical support guy and later in writer / creative-producer roles. Is it an asset? Yes, in the sense that I learned about deadlines, writing-processes and so on. In my experience though, writing a novel is a very different beast from writing a screenplay. There are the obvious differences - point-of-view, structure, dialogue etc but in a sense they are superficial - it’s just matter of getting your head into the right space. The biggest difference for me is that as a novelist, you’re flying solo for much of the time, accountable only to yourself, which is great as long as you can get yourself back to earth now and again for a reality check.

Honestly, the greatest asset I’ve found is observation, reading and getting out into the world.

Music, photography, great dialogue, unexpected behaviour, philosophy, tough questions, passion, belief.  It’s hard to pin down. I love imagery and light, nature especially. I’m also drawn to abstractions, questions that are hard to find answers for and anything that challenges my understanding of the world. People, always, and their choices.

The question is a bit of a tricky one as I’m new to this, but what I can say is that I find a combination of Twitter, a blog and going out and meeting people face to face seems to be working so far. Reason for twitter? To connect to people I wouldn’t normally be able to. It’s great for finding like-minded souls. Blog? At the moment the blog is mostly a collection of vignettes, short stories and a creative collaboration with a friend/artist, but I hope to start showcasing other authors soon as well.

The reason for all this is to create connections and the opportunity for conversations.

What genres do you find most interesting?

Psychological thrillers, certainly. But I also love reading science fiction, fantasy and comedy. I sometimes get asked why I’ve written a scfi-comedy then straight after that a psychological thriller. Contrast, partially. But it’s also to do with keeping a sense of balance. The ‘Jan’ comedy is absurdist and strange, whilst Undreamed is a story of a woman in crisis, and gets very dark at times.

Take the time to get it right, but whatever you do, finish what you start. If it’s not perfect - and whatever is - do better next time. By finishing something you create a momentum and set an expectation. You never only have ‘one shot’ at something. Unless you’re a sniper. Be genuine, and you’ll be surprised at how much people will want to help. 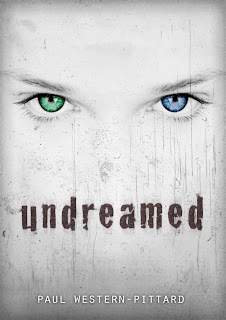 Undreamed is a dark Psychological Thriller, telling the story of Alice, a woman trapped in a dream.

Alice is trapped in a nightmare. She leads two lives, both real to her, both flawless in their logic and texture, both filled with people that she loves and hates. One of these is a dream. She has no way of knowing which. A borderline junkie heiress in Manhattan, or a recovering psych patient in Sydney, when Alice sleeps in one life, she wakes into the other. Other than her own memory of them, her worlds are separate and seamless. In both her lives she tries to find clues to discover the root of her sickness, but nothing crosses over. She may as well be two completely different people. Caught in this impossible status quo, never able to bring herself to believe that the life she’s leading is true, Alice is trapped. Not believing either, she believes nothing. Then one day her lives are fractured when something does cross over. First in Sydney then Manhattan, Alice meets a girl dressed in green. She knows this girl for what she is: the key to her escape.

But as she unravels the girl’s secret, the realities of not one but both lives are challenged.

The question becomes: who is it that she’s really waking?