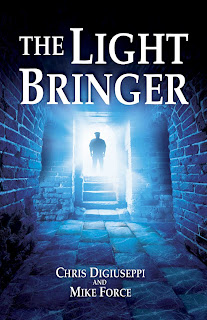 -How/why did you start to write?

Chris: I’ve been in law enforcement for over 20 years, through which I’ve seen many tragedies.  These traumatic events pushed me to begin writing a fictional story with a co-author back in 2008.   My initial reasons for writing were more therapeutic than anything else – it was my way of dealing with life.  I can still recall many of those people who lost loved ones asking me “Why” it happened and soon found myself asking the same question.  Although my first writing endeavour is fictional, it helped me cope with that tormenting question – “Why do people die?”

Mike: Like Chris, “The Light Bringer” is my first attempt at serious writing.  I have done short stories and poems in the past but only for family and friends to read.  Having served in law enforcement for over 30 years, I have had ample opportunity to lend assistance and consolation to those who are victims or those left behind as a result of violent crime and other tragedies.  It may sound odd, but helping others is the most important thing that we do in law enforcement.  Nonetheless, I am always left with a feeling of wanting to do more for these people.  I felt that capturing some of these events through writing may, in some small way, give hope to those who are frustrated by not being able to answer the question, “Why.”  Although a work of fiction, it is our intent to stimulate thought through “The Light Bringer” and through this book help others to find the answer to that question for themselves.

-How did you become an authors?

Chris and Mike: After the rough draft of our first book was complete back in 2008 we were introduced to our literary agent, Linda Langton, through a mutual friend.  We worked with Linda for a year and a half on edits then finally sent out the manuscript to several publishers in May of 2010.  We received a publishing offer in October of 2010 and signed the contract a short time later.

-What was your first published piece?

Chris and Mike: Our first published book is entitled The Light Bringer which was released July 1, 2011.  It has ranked on the local best sellers’ list in the St. Louis area several times.

-Where was it published?

Chris and Mike: It was published by HCI Books which was the original publisher of the Chicken Soup for the Soul series.  Our book was among the first fictional pieces that HCI published and the people there have been outstanding to work with.

Chris and Mike: On July 1, 2012 The Light Bringer will celebrate its one year anniversary from release.  We have recently signed another contract with HCI Books for the second book in the series currently and tentatively entitled The Light Bringer – The Fallen.

-What did you do before embarking on your writing career? Was it an asset to your writing? How?

Chris: I have been in police work since 1991 and it has been the root of my writing inspiration.  Those experiences, both good and bad, have given me a passion for the literary world.

Mike:  It has been said many times that we write about what we know or can imagine.  Chris and I are no exception.  I spent 22 years on active duty in the United Sates Marine Corps, through the Viet-Nam Conflict, the many smaller conflicts that followed and retired just after Desert Storm in 1992.  I have been in my current position as Chief of Police in a small mid-western city for the past 20 years.  Both have given me a wealth of experience with the best and the worst that mankind has to offer.  The men and women I have served, served with and known throughout these years have provided the basis for strong characters in our novels and both professions have proven essential to understanding the human spirit.

Chris: Through my time as an author I have had opportunities to meet so many people with good values.  They always inspire me when I hear their stories.

Mike: People; good people inspire me.  There have been countless advocates who have propelled Chris and I on this journey, encouraging us, supporting us and taking us beyond where we envisioned our literary careers.  When I see how much so many are willing to give to others in need, I feel a passion for helping others as much as I can.

Chris and Mike: Network, network, network – we can’t say enough how important it is.  It may be through social media or just word of mouth – get out there and meet everyone you can and learn everything you can.  The old saying, “it’s all who you know” is exactly correct.  We met our literary agent through a mutual friend which started us on this adventure.  Also, there is value in interacting with other authors and readers through writing groups and book clubs – both of us started out in a small writing club before we were published.

Additionally if you are writing fiction, you may consider doing a book trailer which helped us with a good deal of publicity.  You can see ours either on our website above or on YouTube at http://www.youtube.com/watch?v=t_CXujvXGRI&feature=plcp

We utilized Blue Ocean Media Group for our trailer – www.blueoceanmediagroup.com.

Chris and Mike: Write what you are passionate about not what you think is necessarily going to sell or get published.  Your writing is your story, your world – so have fun with it.  Since Mike and I are faith-based and spiritual people we always like to leave others with these words – In those moments of great despair, look for that clarity of purpose.  God bless and stay safe. 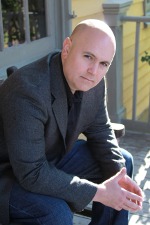 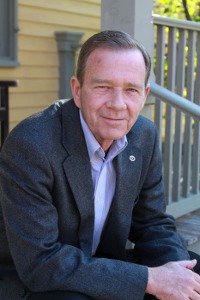