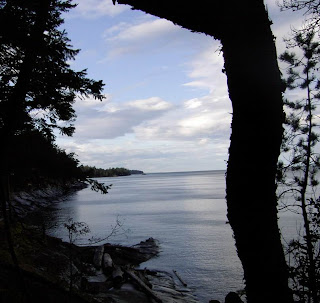 I was digging through my filing cabinet hunting down something else and came across something. This something is an essay I wrote in November 1996 for a university course I was taking. Here's hoping you enjoy it. (FYI, I resisted the urge to re-write.)


Through her entire career she did not stray from her goal. She firmly believed that ‘White race and Red are one if they are Canadian Born.’ (Betty Keller, p. 197) Her own performances were a fine balance between two worlds. She wore a native costume and recited her unconventional native poems during the first part of her performance. She wore a ball gown and recited traditional poetry during the second part. It always remained clear in Pauline’s heart who she was. Upon, ‘overhearing…”She’s just like a white woman.” Pauline snapped angrily, “Is that intended as a compliment.” ‘ (Grant MacEwen, p. 68) Pauline was very proud of her legal Mohawk status.

A much more appreciated compliment came from ‘a solider who had fought in the North-West Rebellion… Deeply moved by ‘A Cry from an Indian Wife’, he said, “When I heard you recite that poem, I never felt so ashamed in my life of the part I took in it!” ‘ (Betty Keller, p. 60) These are lines from Pauline’s poem ‘The Cattle-Thiefs’

Pauline did not shy away from using her poetry to express what was in her heart. ‘She could and did bring protest and unmistakable anger to verses in which she spoke for her fellow natives… She reminded those of the invading race of their aggressions.’ (Grant MacEwen, p. 72) Yet she marketed her message in a package that attracted her target white audience. This was Pauline’s true genius. It is noteworthy that, ‘the resentment against imposed stereotypes and the suffering resulting from a disrupted way of life which Johnson’s work expresses remain central themes in Canadian literature today.’ (Margaret Harry, p. 152)

Until her death in March 7, 1913, Pauline educated white audiences to the wisdom of the native ways. In 1910 she began to employee techniques to conserve her energy. Eileen Maquire appeared with her since there was little hope of Pauline carrying a full program… (She read) her prose selections, especially the Capilano legends, instead of reciting poetry. On other occasions, she gave ‘informal talks’ on the legends and traditions of the Mohawk people.’ (Marcus Van Steen, p. 253) She was true to her goal of white—native unity to the end.