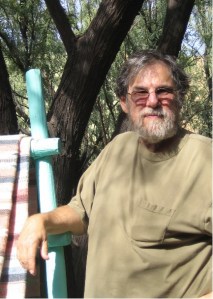 Every time I publish a novel, people ask me if it's autobiographical. "It's so convincing," they say.

Silly me, I tell them no, that I create those novels from my imagination.

The first novel, Widow's Walk, was about a widow and her grown children. Autobiographical? I don't think so. The second was, I admit, closer to home. Memoirs From the Asylum: yes I am a shrink and I did work in a psychiatric hospital, but no I wasn't a catatonic schizophrenic watching an alternative world unfold inside the crack opposite my bed.

Now my third novel. Tales From the Dew Drop Inne. A novel about the people who make their psychological home in a neighborhood bar: certainly nobody is going to ask if I'm an alcoholic barely hanging on. Oops! Wrong! That's exactly what I've been asked. Even good friends who know that I almost never drink have asked. "Boy, Ken, you must have been quite a drunk in your day?" "How often do you go to AA?" Comments and questions like that.

I'd be insulted if it weren't such a great compliment. I must be writing well or people wouldn't believe it so readily. I've thought a lot about it, and I have a new answer. Maybe the silly thing has been trying to tell people that my novels aren't autobiographical.

Are my books autobiographical? Of course they are; when I create those worlds, those characters, those feelings, I put a bit of myself into the process. Writing so it matters requires authenticity - not about events but about emotions. I draw on who I am to write who those characters are - yes, even that catatonic schizophrenic woman and poor Captain, the central character of In the Army, one of the chapters from Tales From the Dew Drop Inne. You might like to sample that chapter. You can listen me read it. http://soundcloud.com/kenneth-weene/in-the-army

Writing for me draws not on my autobiography but on my human essence - on my ability to connect to that which is in all of us. Are we not all the same? Are we not all more nearly human than otherwise? 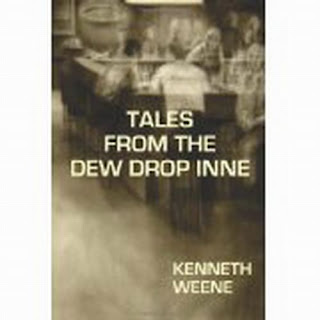 A quick blurb about the book:

"Tales from the Dew Drop Inne" reads like a darkly humorous sitcom. The tone is both heartfelt and deliciously irreverent, showing that one does not need to hate humanity to appreciate the humor of life. Here are tales of drifters, alcoholics, religious renegades, veterans, and drag queens set in pub that is at once a confessional, a circus, and a psychiatric hospital. --Marina Julia Neary, author of "Martyrs & Traitors: a Tale of 1916"