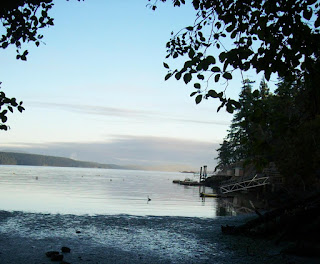 Short stories are a breeze to write. I can pop one of those off in an afternoon. But everyone knows real writers write novels.

One Saturday morning, I woke very early full of inspiration. Thankfully, I keep a notebook by my bed. I couldn't write fast enough. I thought it was just another short story, but it didn't take me long to realize that the plot was too detailed. I was writing a novel.

Day after day after day, I wrote before I went to bed and the minute I woke. I thought about the story when I was shopping, at work and in the shower. I focused on the same characters, the same plot, the same story question. My life wasn't mine, I was living to write that story. It was exhausting.

I don't know how but somehow I finished Murder Island--a murder mystery set on the rural island where I have a vacation home. My writing group congratulated me and recommended that I get at least three first readers.

"First readers are the first to read and give feedback on your novel," they explained.

I selected John, Ann, and Suzanna. John is in my writing group. He has had a short story published in a literary journal and even self-published a novel. Ann, I know from work. Every lunchtime her nose is in a book--usually a mystery. Suzanna and I have been friends since university. She teaches middle school Language Arts.

They all gave me their feedback. My manuscript came back riddled with it,

Ann's comments stopped in the middle of the manuscript. She explained that she hadn't read to the end because of what she called "the saggy middle".

"It was too predictable. All the clues pointed to the same person."

I wonder if John read my novel backward. He complained about the weak ending. He didn't like the fact that my main character--Julianna, an amateur detective--was unable to solve the case and hired a detective, Nick. Nick solves the case but isn't that what detectives do? Nick is a professional, doesn't it make sense he'd have more resources?

Suzanna used red ink to circle what looks like every second word. She said the narration had an inconsistent tone--ranging from informal to formal.

I showed up to writers' group with tread marks across my forehead. "What do I do first? How do I solve these problems? I can't re-write the whole thing, that would take days. I thought it would be fun to write a novel, but it's just a ton of work. And how do I know that it's not just a waste of time?"

My writing group advised me to work on something else for a while and come back to my novel when I was feeling stronger.

Put it away for a while--yeah, sure. The thing screamed at me from the bottom drawer of my filing cabinet. So, I pulled it out every couple of weeks and poured myself some wine. The wine didn't help. The feedback still stung. I stuffed the thing back into the drawer. Into the drawer, out of the drawer--this waltz continued for four months until I decided to look at it one last time. Nothing had changed I still had no idea how to fix my glaring errors.

I frowned at my collection of writing books.

"What a waste of money," I mumbled.

I thought of all the writing workshops I'd attended. 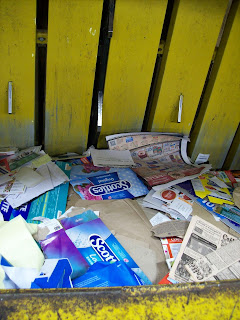 I put the wordy monster in the recycling bin and carried it to the curb. That felt so good that I went back inside and deleted all the computer files until not a scrap of my novel was left.

"Time for a new hobby." I picked up a pair of knitting needles and coiled yarn into stitches. I didn't know what I was knitting and didn't care. I turned on some relaxing music and poured myself a glass of wine. The chair was so comfortable... 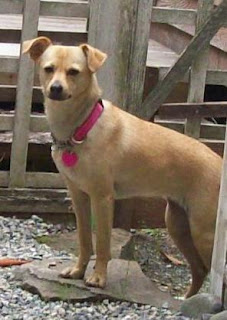 the beautiful Abby sporting her new collar
photo by LDyck


Does the protagonist remain a knitter? Are her words lost forever? Or...?
Find out next Sunday (October 22)