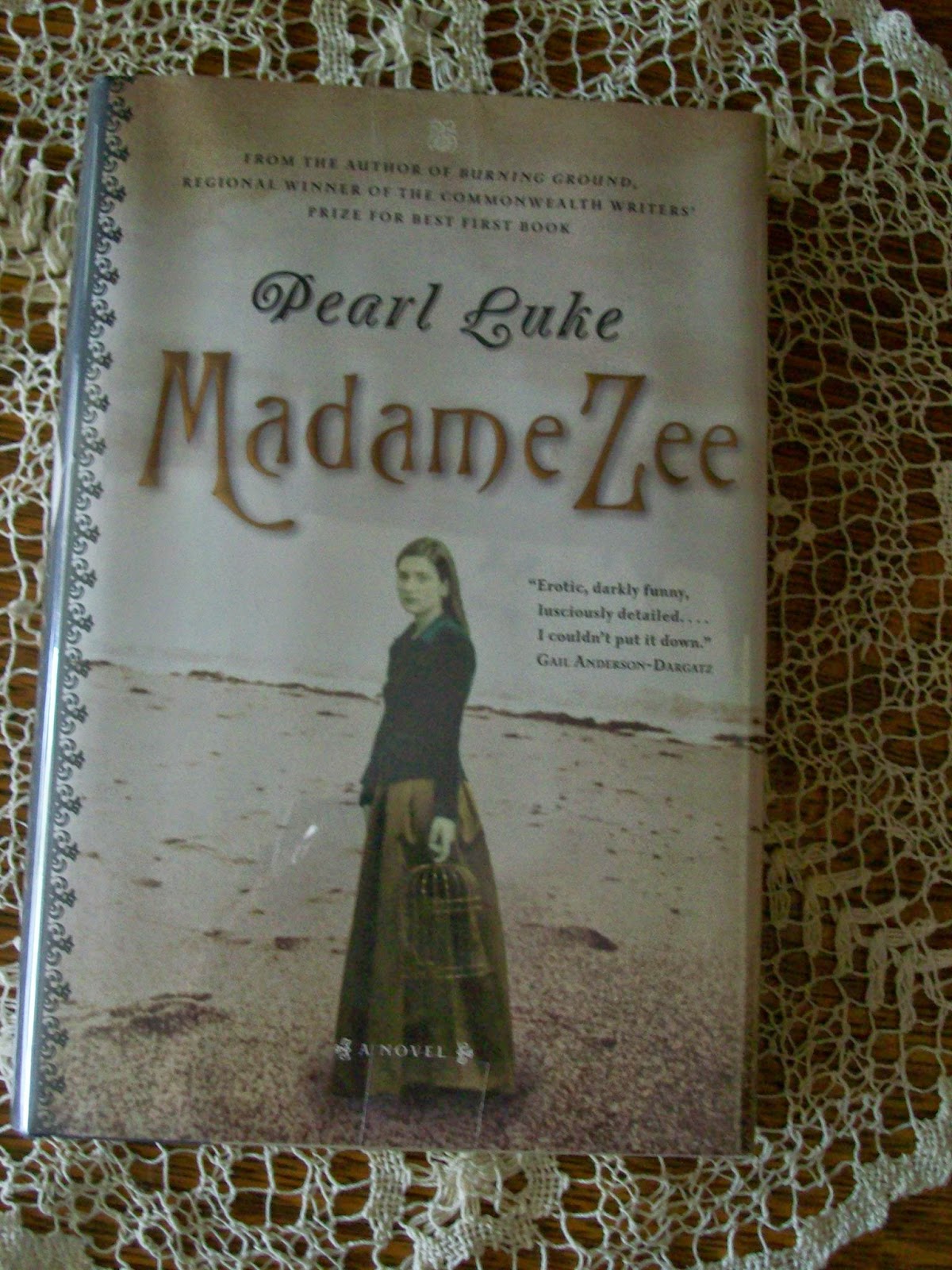 Madame Zee is a historical novel set between the late 1800s to the early 1900s. This story begins in England, moves to the Canadian prairies, then goes down to the United States and concludes on a small island off British Columbia's mainland.

In this fictitious account, author Peal Luke shows us the woman behind the notorious legend--Madam Zee.


Above story, above all else, for me, this is an important book because of the big ideas it shares...
' "Theosophists believe in one religion for all--all the people of the world working together for a common purpose." ' (p. 78)

' "With all the similarities between the teachings of Jesus, Buddha, Mohammad, et centra, how could anyone believe we're not already part of a Universal Brotherhood?" ' (p. 187)

Brother XII 'is very clear that all consciousness is one, that no single atom is self-subsisting, and that stone, plant, animal, and human are all from one origin.' (p. 251)

'There was a time when divine knowledge flowed through us at all times.' (p. 288)

'Isn't it possible that a huge and ever-growing compilation of information--both important and mundane--lies available to anyone who can somehow perceive it...Wouldn't that be the God within, the all-knowing power of the universe, to which everyone has access?...And if Darwin's theory of evolution is correct, wouldn't the body of knowledge and thought also evolve, making new information available to all.' (p. 317-318)

I love the vivid imaginary in this book. For example, 'Honora's face has flushed petal pink.' (p. 11)
And 'Her thoughts are kaleidoscopic, tumbling over one another in a confused jumble' (p. 141)

Mabel (who became Madame Zee) is born with physic powers and spends her lifetime attempting to understand and appreciate them.

Thanks to a librarian Mabel learns that there are others like her. She investigates further and discovers an address were these people work. She persuades an older brother to take her there.

Mabel moves with her parents from England to Canada. This move separates her from her family (brothers) and friends. Her new life is a lonely one not only because of this separation but also because she is isolated from seeing the world as others see it--hers is a deeper knowledge. Similar in some sense to how an artist experiences the world--on two levels:  the world in which she lives and the world that exists within her mind.

Mabel's vision of a unified world prompts her to act, in her role as a teacher, in a way that brings her to odds with the school board.

Mabel gains social acceptance only through her involvement with a man who has social status. How true to the time--women were known as Mrs. John Brown, engulfed into their husband's identity.

Her husband, John, doesn't like the fact that she sees things--that she has an interest in the the unknown. Yet, to me it seems clear, that this is similar to someone telling you they don't like your left arm. This interest (her abilities) is such a central part of her that to deny it would bring her pain.

Mabel claims her own identity when she divorces and becomes Madam Zee.

With abilities comes responsibilities and though unsure how to act, Madam Zee is aware of this responsibility--this awareness pushes her forward.

All her life Mabel longs to find a family of like minds. As Madame Zee she finds one but it doesn't bring her comfort.

I love the vivid imaginary in this book. For example, 'Honora's face has flushed petal pink.' (p. 11)
And 'Her thoughts are kaleidoscopic, tumbling over one another in a confused jumble' (p. 141)


In the Author's Afterword, located at the back of the book, Pearl Luke writes of her book [this is] ' by no means a factual account, though I've based many events on historical ones. I have chosen to make Zee a good-hearted character at her core, as I believe she likely was, if only because we're all sympathetic at some level, even if monstrous at others....And while I have written from a contemporary perspective, in contemporary language, I have made every attempt to present an historically accurate picture of the period, something that required extensive research.' (p. 363)

I know this book will continue to resonate within me. And it inspired me to write...

Someone just walked by
Someone unseen
Someone who didn't breathe
Someone who wasn't alive
Someone...

I know that sounds crazy
But Someone was here
Someone...

Reading this book as a writer I learnt...
-Referring to characters as 'she' works in a character driven book but far less so with a cast of characters.
-If pledged by a sea of 'said's, try describing what your characters are doing when they talk.

My only complaint about Madam Zee is that at times there is too much telling.

Posted by Author Leanne Dyck at 7:00 AM