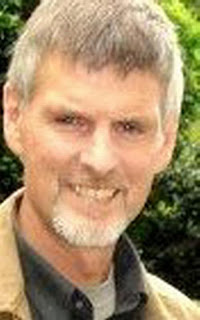 I have always been a story teller. Even as a little boy I would recount events in the neighborhood as they inspired or impressed me. This occasionally had a down side as my parents tended to take these reports with a grain of salt. One incident in particular stands out. My parents refused to come to the top window in our house for a look see, at one of the biggest building fires in Dartmouth where we lived at the time. Not until the sounds of approaching fire sirens were evident was I able to convince them.
It was a natural progression for me to commit my stories to paper.

I was bored one rainy Sunday afternoon in Port Alberni. My wife was using the internet computer for school work so I sat down at our stand alone keyboard and began recounting an event that had occurred early in my police career. One paragraph led to another and soon I was hooked writing my first novel.

Pacific Flyways was my first novel. It is a thriller set on the north end of Vancouver Island involving a plan to infect migrating wildfowl with a deadly strain of the H1N5 virus, Avian Flu.

The novel is published as an e book and is available through Amazon or Smashwords.com

It hit the either last September 2012.

I was a member of the RCM Police. Included in my varied service was a stint with their counter terrorism section, Middle Eastern division. I spent several years in Ottawa chasing agents from Sadam Hussein’s Iraqi secret police operating in Canada under diplomatic cover. This combined with several years of small town policing on Vancouver Island helped inspire my book.

I love detail and research. My formal training is as a historian so I guess this comes from hours of working on essays in university. The trick is to write about things in such a way that my readers will catch the bug.

I have arranged a book reading in conjunction with a popular local musician. The two of us did our thing and shared venue, costs and benefits. He was glad of the audience and shared expenses while I was glad of his notoriety to pull in a crowd.

My next book, Chasing the Dragon’s Tail, is a historical thriller set in Victoria at the start of the Great War. It is an adventure transporting the reader from the gritting brick enclaves of Victoria’s Chinatown, to the Sea of Cortez and back. Redvers Duncan, a Victoria City constable, battles drug tongs and German spies. He is faced with rescuing his beloved Wynn, a feisty school teacher, while trying to thwart an Irish Nationalist/German plot to sink the Canadian battle cruiser HMCS Rainbow.  The book should be available in the New Year from Diamond River Books in both E book and traditional hard copy. 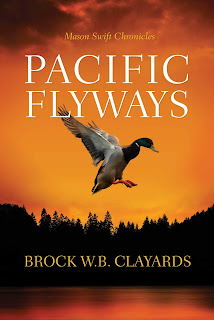 Book Description (from Amazon)
'Every year thousands of migrating birds fill the skies of North America. This year a madman plans to infect them with a deadly strain of the avain flue, turning them into flying time bombs...and you thought The Birds was scary.
RCMP Constable Grayden Swift and Federal Fisheries Officer Janice Mason, rookies in their respective careers, confront terrorists, thieves, and romantic complications in the small town of Pasquin Cove. Pacific Flyways is a tale of action, sex, and intrigue in one of the most beautifully rugged areas of North America; the Broughton Archipelago.