The Other Side (short fiction) Ch. 1 by Leanne Dyck

The Other Side was inspired by a house my husband and I lived in on BC's Mainland, our move from the Mainland to a remote island, and my love of the 1960s. 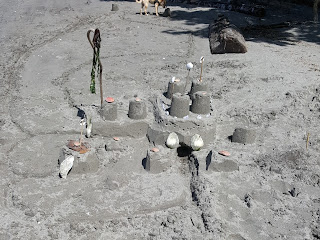 There were tons of things I would have rather watched:  Seinfeld, Frasier, Home Improvement. My husband Owen held the TV remote and so we watched the news. The live-action camera focused on a split-level rancher. It had red clay roofing, white stucco, and a carved archway. The lawn looked like a putting green.  As I continued to watch, three police officers ran at the front door with a bright orange battering ram. "What's he going to do with that?"

"Drug dealers live there and...and..." Our small apartment was jammed full of furniture. "They live like kings and we live like caged rats."

As if to underscore my discomfort, Bruce Dickinson sang from the neighbouring apartment, "Run to the hills."--and oh, I wanted to.

That was my cue and dived right in. "Honey, I...um...er don't like living here. In this apartment, I mean. In fact, I really don't want to live in any apartment."

Looking at him with bedroom eyes, I added, "Becky said we could move in with them. She says there's lots of room in their basement."

"In the basement...? Like a couple of college kids."

"It'll be fun. You enjoy working with Tom."

"Tom works in the office. I work from home. We send emails back and forth. We barely even talk to each other."

I walked over to the walk-in closet he called his home office. "You can't continue to work in this tiny, teeny space. You need, you deserve better."

"Becky says their basement is huge."

On the other side of our paper-thin walls, a toilet flushed.

"Fine. We'll move in with them, but just remember it was your idea." 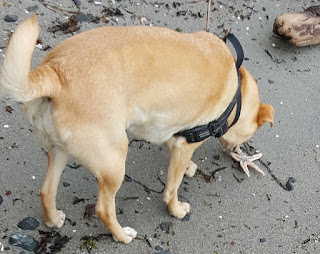