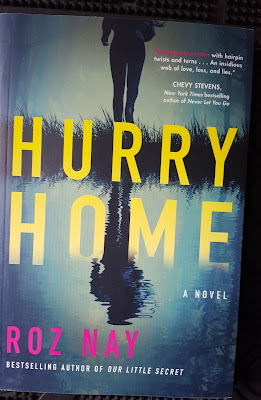 Alexandra Van Ness and her older sister by five years Ruth grow up in Horizon a farming community in North Dakota.

The summer Alex is eight and Ruth is thirteen they devise a game they call "hurry home"--inspired by games like Capture the Flag.

The sisters' dad tells Alex:  '"You carry on down this road Alex, and you'll be ruined in no time. You're better than that." He turned to look at Ruth momentarily whose face crumpled a  little. "You want to end up like your big sister?"' (p. 132)

The sisters' mom tells Ruth:  '"You're oblivious, Ruth. You don't see the truth. You've created all the trouble this family has ever known."' (p. 143)

At the time of the story, Alex is 25 and Ruth is 30. The sisters haven't seen each other for ten years. Ruth travels from Pittsburgh to reunite with her sister in Moses River on the west coast of the United States.

Embracing her role as protector, Alex works in Family Services as a child protection worker. Among her clients are the Floyds--Frank and Evelyn and their one-year-old son Buster Kevin. Frank and Evelyn have a record of drug abuse and child neglect leading to death. Alex sees them as unfit parents and will stop at nothing to keep Buster safe. Even if it means fighting the system. But are Frank and Evelyn unfit parents or lacking in resources? Maybe it's all in the way you perceive them.

I had to read the last paragraph in Hurry Home three times to let the truth of what was written sink in. Chilling. Haunting.

On July 22, I had an appointment on Vancouver Island. I left Mayne Island (my island home) with my E-reader but without my charger. Battery depleted, I was in despite need of a book to read on the bus, on the ferry. Hurry Home jumped off the shelf and into my hands. It entertained me right up to the last page which I enjoyed, fittingly, a day after World Book Lover day (August 10). Fittingly because I loved this book. 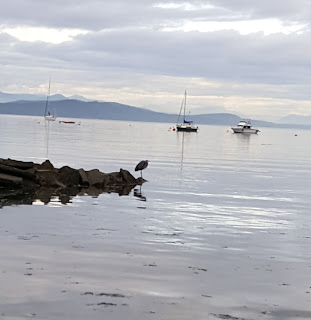 A romantic relationship fizzles away--when you finally let go and move on.

A tale of how two brothers gained their independence. 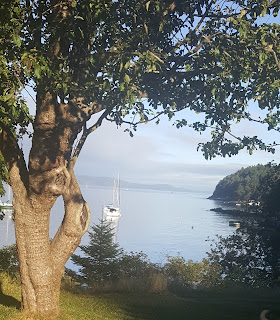 On this blog in October

To celebrate this blog's tenth anniversary, I take you way back to the beginning.

Traditionally in the last week of October, I treat us to a book from the horror genre. This year's selection will hold you in suspense 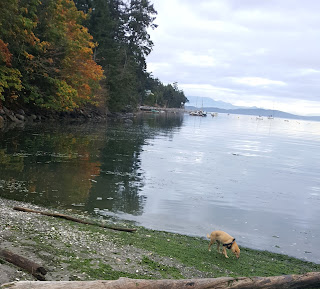 photo by ldyck
Sharing my author journey...
I'm excited to write that I now have an 'Online Author Readings' page. I plan to...
continue to record my short stories and poems.
Practicing is very good for me. As you may know, I'm dyslexic and so reading out loud doesn't come easily to me. However, the more I practice the more I'm able to jump over this obstacle.
I also like the idea that if reading is an obstacle for you, as well, I'm now able to make my writing more accessible.
I realized something this month and I wanted to share it with you...
For years and years, I was trying to overcome the wrong thing. I thought I had to overcome my disability. Turns out, what I had to overcome was what society was telling me about my disability.
Posted by Author Leanne Dyck at 4:30 PM