I'm blessed with a wonderfully supportive family--and friends--who have nurtured my writing. Here's an early example...
Afi
My mom's parents--my amma (grandma) and afi (grandpa)--lived on School road. I visited them before and after school and during lunch. Amma taught me crafts. Afi taught me how to play gin rummy. He was a grizzly bear, belting out Icelandic folk songs. He was an unbearable force but... One day, I saw him shake. I thought it was odd and then I knew it was scary. Amma had to guide him into a chair. I stood there staring not knowing what to do or where to go--not wanting to see.
Afi noticed me. Amma remembered that I was still there.
"Leanne, elsken (my dear), it's time to go home, " she told me.
I left but I couldn't stop worrying about them. Would Afi be okay? Would Amma?
Afi came home from the hospital--a shell of the man he'd once been. I think he knew he was passing away; I think he knew it won't be long.
Mom judged attending Afi's funeral too emotionally upsetting for me. I stayed home but Afi was with me. He remained with me. So when my language arts class was required to write a character sketch I knew who would be the subject of my essay. Mom helped me with the spelling, grammar, and punctuation, but the words were mine.
Knowing Amma was lonely without Afi, we visited her as often as we could.
In Amma's living room, Mom sat in the turquoise chair with the wooden arms. "Mom, Leanne has something she'd like to read to you. It's about Dad."
Amma joined me on the sofa.
I wanted to tell her that my essay wasn't very good, that I wished it was better. But I didn't. I just read... 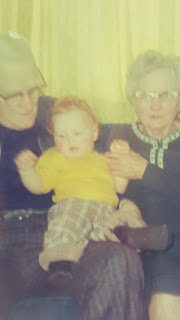 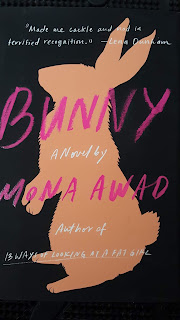