Knowing that my mom's people came from Iceland, a friend lent me her copy of... 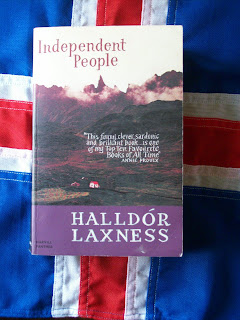 Set in rural Iceland before, during, and after World War I, Independent People follows Bjartur of Summerhouses', a sheep farmer, struggle for independence.


Bjartur of Summerhouses:  ' "People who aren't independent aren't people. A man who isn't his own master is as bad as man without a dog." ' (p. 41)

Fell King:  ' "The love of freedom and independence has always been a characteristic of the Icelandic people. Iceland was originally colonised by freeborn chieftains who would rather live and die in isolation than serve a foreign king." ' (p. 79)

This epic tale transcends the written word. Told in the old way, at night, around a campfire, you carefully listen to the storyteller. The story demands your attention.


'Poetry...shows us the lot of man so truthfully and so sympathecially and with so much love for that which is good that we ourselves become better persons and understand life more fully than before, and hope and trust that good may always prevail in the life of man.' (p. 244)

Bjartur fails to achieve his goal of financial independence, but, in the final pages, he learns that there's something more important--being connected to family.


'If you look at novels from a couple of centuries back, they are full of description, because novel writing evolved from storytelling. Modern readers consider that sort of lengthy description an intrusion by the author and an impediment to the flow of the story.' 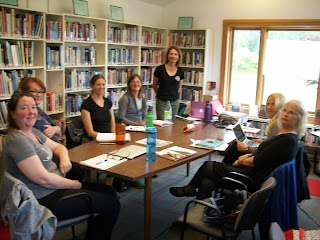 "writers at the workshop" ldyck


Next post:  Sunday, June 24 (approximately 5 PM PST)
On June 8, Author Susin Neilsen visited the Mayne Island library and she... Well, you'll read all about her writers' workshop and author talk next Sunday. 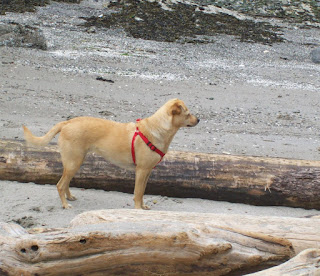 "Abby at one of her favourite places" ldyck

Sharing my author journey...
This week was productive. The first draft of my middle grade novel is about a quarter finished (5,000 words). Let's hope words continue to pour like rain.