How NOT to act during writing group. 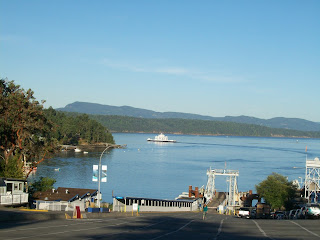 At 11 AM on the last Monday of the month want-to-be authors met at the local community centre to lend each other support in the development of their craft. That is to say, most gathered to lend support. At least one participant had another reason for her faithful attendance.

Irene stormed through the door to claim the chair at the head of the table. Her glasses had thick black arms that coiled over her large elf-shaped ears. Short cropped wiry, salt and pepper hair framed those ears that stood at sharp angles away from her head. Two fuzzy, grey caterpillars had crawled across her forehead but stopped in the middle to do battle and, mid-melee, had permanently frozen there, to form eyebrows.

“Would you like tea? It's finished brewing,” someone offered.

“Thank you. Yes, I'll have a cup.” Irene waited to be served. She smiled at the volunteer when a cup and saucer appeared on the table in front of her. “Cream and sugar?” Irene took a sip, but, before swallowing, rolled the liquid around in her mouth. Slosh. Slosh. Slosh. She spit it back into the cup.

Others left the table to help themselves to tea but returned when Irene said. “It's time.”

Irene rose and unbuckled the straps of her briefcase. Like a knight from Camelot preparing to display the Holy Grail, she slowly revealed a folder. She withdrew several sheets of paper and after distributing them, explained, “This is my submission. It's entitled The Word Artists. It's a... Ah, well, to say more would spoil it. I'll just read it. Shall I?” Prepare to be entertained and amazed, Irene thought as she added, “Are you ready to listen?”

Those sitting around the table assured her they were. They were a mixed group—mostly female, mostly over fifty years of age.

Pleased at their eagerness, Irene moved to the edge of her chair. “The Word Artist.” She savoured the words. “Sometimes while in quiescence, other times while engaged in some menial task my mind.” Irene paused to slurp her tea. “My omniscient mind absorbs, manipulates, conceives.”

She set the paper on the table, placed her hands palms down on either side and lowered her voice. “Inspiration.” Irene bounced in her seat at the rhythm of her words. “Cerebellum fires/Angels whisper/Creation begins.”

“Is this prose?” someone asked.

“Yes, but this part here does seem to—.”

But, she thought, I must be patient with them. They have a lot to learn and who better to teach them. “This composition,” Irene ran a hand lovingly across the paper. “soars above restrictions of genre. This. Is. An Experience.” Irene frowned at her audience. “Now, please don't interrupt again.”

Irene coughed into her hand, rustled the paper and continued. “I sit at my ship of journey, computer screen window, pen my magic wand.

Irene placed her creation on the table, laced her long fingers together, smiled to herself and waited for compliments.

Next two Mondays:  two part review of Tess of the D'urbeville by Thomas Hardy 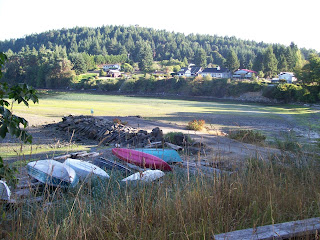 My friend and fellow author, Amber Harvey, is releasing a new book...

You should always submit your best work but...


you will always be rising above your best.

By way of an explanation...

This week I received a rejection letter. And it rocked me.

I remember walking that submission to the mailbox. The sun was shining. It glowed as bright as my future. I knew what the publisher would do after reading my story. Of course, they would publish it.

If that story wasn't good enough, I told myself, then nothing I could ever write would be. Nothing. My career fizzled in front of my eyes. I'd never be an author. No publisher would ever pick me.

The sun may have been shining, but my world was dark until...

I stopped swallowing in self-pity. The game wasn't over.

My next move was obvious--send the story to another publisher.

In order to do that, I needed to re-read my story. I did and learned something. That story may have been one of my best at the beginning of Spring, but, five months later, it wasn't my best now.
Using my newly gained skills, I polished the story and sent it on.