Beginning a career in knitwear design by Leanne Dyck 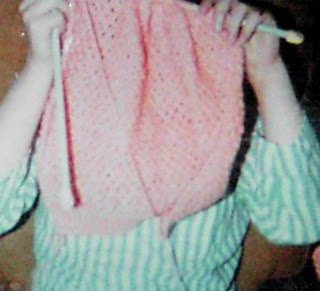 Recently, I led a discussion regarding The Beginning, Middle and End of a career in Knitwear Design.
Where did I acquire my knowledge on this topic?
Well, my career began in August, 2002 and ended in January, 2011. During this time I was a member of the Canadian Knitwear Designers and Artisans as well as the Knitwear Designer Association. I have over 25 designs in my collection. I sold patterns to knitters from Canada, USA, the UK, Japan, Israel and Australia. Designs were featured in A Needle Pulling Thread craft magazine, Accord Publishing's Knitting Calendars and Knit Together (a knitting magazine no longer being published).
Some tips for beginning a career in knitwear design
think of yourself as an apprentice
-learn as much as you can about the craft from a variety of sources
online
workshops
one-on-one from other knitters/knitwear designers/yarn producers
-develop a system for recording and collecting your design ideas
-gleam inspiration from a variety of needlecrafts
-assemble resources (books, websites)

When you begin to write your patterns seek the assistance of knitters. They are invaluable resources to proofread your patterns.