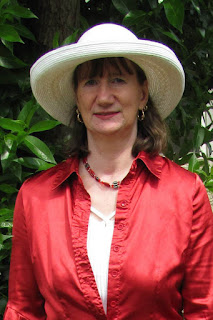 How/why did you start to write?
I have loved to read mysteries since I was a child beginning with Trixie Beldon and Nancy Drew. I graduated to Agatha Christie and Mary Higgins Clark as an adult. The way the clues were interwoven in the story always intrigued me and I decided I wanted write a mystery. However, it was many years of writing before my first mystery was published.
How did you become an author?
I took many writing courses and through one of them had my first article published. I then carried on with travel and historical articles and seven travel books about British Columbia, Alberta, the Yukon and Alaska.
What was your first published piece?
My first article was titled “A Hawks Reluctant Flight.” It was about an injured hawk that my son and I found and how we took him home and cared for him. When it was time for him to fly away, he refused and remained in our area for many years.
Where was it published?
It was published by Western People a small magazine insert in the Western Producer, which is a rural paper for Alberta, Saskatchewan and Manitoba.
How long ago?
It was published in 1987.
What did you do before embarking on your writing career? Was it an asset to your writing? How?
I have had many jobs but for my mystery writing, the fact that I am a travel writer helped. Write about what you know if a mantra of many writers and so I made my main character, Elizabeth Oliver, a travel writer. She gets drawn in solving mysteries while working on her articles. I have had many people buy my books because they can relate to the places described as she does her research.
What inspires you?
People who have succeeded at their dreams.
Please share one of your successful marketing techniques
I try to take part in as many writing events as I can. This way I get to meet others writers and advertise my books as well.
Parting words
I believe that reading is one of the best ways to learn the writing craft. You can feel what you don’t like about some books and what do like about others because reading is all about emotions. 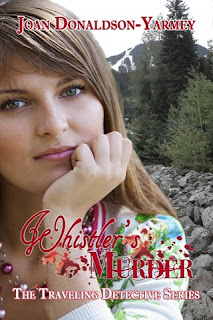 Elizabeth Oliver has tagged along with her best friend Sally Matthews to Whistler where Sally is attending a science fiction/fantasy writing retreat. Elizabeth plans on spending the first week working on an article about Whistler for a travel magazine and then relaxing and enjoying being in the famous resort town for the second week. However, her well laid plan immediately begins to fall apart with the discovery of a body in a ndwly demolished house. Then she is again sidetracked when one of Sally's fellow students asks her to solve the mystery of her cousin's death and is then murdered herself.

Joan's blog:  The Travelling Detective Series
Posted by Author Leanne Dyck at 9:00 AM