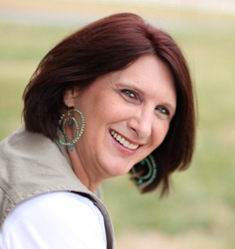 Leanne, thank you so much for inviting me to be interviewed for your blog. (It's my pleasure, Janet) I’m delighted to have this opportunity to connect with your readers.

Sometimes I think my desire to write is congenital. I was about 9 years old when I took on writing a monthly newsletter for a youth group of which I was a member. In elementary school, I worked on a class newspaper. I think we only did one or two issues, but it was a start and I not only got to write, I also got to edit the work of other students. Talk about a power trip for a kid! Although I was a senior citizen before I focused on writing as a profession, it has been part of my life in some way or another since I was a child.

I self-published my first book, NORMAL, for eReaders at the end of August 2012. The book was picked up by Monograph Publishing for the paperback edition, which was released in January 2013. NORMAL is a narrative nonfiction work that relates my experiences surviving and recovering from a ruptured cerebral aneurysm. I wrote it primarily for other survivors and their caregivers as a means of providing support and encouragement. There is a discussion guide at the back of the book that is designed to prompt open communications among survivors in support group settings.
Something surprising happened when I started receiving feedback from early readers. It seems folks don’t think it’s just for people whose lives have been touched by brain trauma. The first person to review it on Goodreads said the book belongs on Oprah’s reading list. What an overwhelming compliment!  Java Davis of The Kindle Book Review said she felt like a better person for having read it. That’s pretty high praise. More recently, I heard from a young woman who is battling breast cancer who said the book gave her courage and strength and that she refers to it often for support. Wow. Just. Wow. How could an author ask for more validation than that?

Well, if you don’t count stuff from my school years, the first piece I had published with my own byline was a magazine article titled, “The BackStoppers.” The BackStoppers is an organization that provides support to the families left behind by police officers, firefighters, and emergency medical personnel who are killed in the line of duty.

Odd as it may seem, “The BackStoppers” appeared in Woods & Irons Magazine, which was at the time the official voice of The Gateway PGA Foundation. The article was prompted by coverage of a benefit golf tournament and delved into the history of The BackStoppers and gave insight into the way the organization touches people’s lives beyond providing financial assistance. The piece was quite well received and I continued as a contributing writer with the magazine until it went out of publication. My standing assignment was to write stories that were only tangentially related to golf. From profiling the executive chef at an exclusive golf club to describing the operations of a studio that produces hand crafted knives and golf accessories – and stops between – I enjoyed writing general interest pieces that helped make the publication a well-rounded magazine.

“The BackStoppers” was published in September 2010.  Unfortunately the magazine went out of production about six months later.

I’ve spent most of my professional life in various administrative and marketing support positions, doing everything from customer service and sales support to marketing research and media relations. I’ve worked for a manufacturer, a CPA firm, a distributor of office supplies and furniture, an architect, a marketing firm, and for the last 17 years of that life I served as the administrative assistant to Chief Michael T. Force of the Lake Saint Louis (MO) Police Department.
All of those experiences were assets to my writing in one form or another. It’s a wonderful thing to be born with a creative mind, but it is life experiences – including those obtained in other jobs – that provide the grist for the mill, to coin a cliché. Since my work exposed me to such a wide variety of people, circumstances, and environments I feel comfortable exploring a lot of topics.
The time I spent in marketing support positions has proven invaluable since an author’s work doesn’t end with writing, editing, and revising. Once you have a book, you have to do something with it. When you’re self-published it’s all on you. Even with the support of a publisher, authors these days have to do a lot of the marketing themselves. What good is a book if it isn’t in the hands of readers?

It depends on what I’m working on at the time. NORMAL was inspired primarily by my desire to let other brain aneurysm survivors know that they are not alone in their fight to recover. I also wanted to vividly describe what my experience felt like from the inside so that caregivers, medical professionals, and other readers would have a better understanding of what a person with a traumatized brain deals with physically, psychologically, and emotionally.
When it comes to the fiction I write, the inspiration comes from many different sources. Sometimes I observe a person whose outward appearance makes me wonder what his or her daily life is like. My imagination goes to work and before long I’ve created in my mind some scene wherein this stranger becomes a character. If an old, abandoned house catches my eye I can’t help but wonder what became of the people who used to live there and why the place was left to decay. As macabre as it may seem, I often find inspiration walking around in cemeteries, reading the names and dates on the tombstones. Every person who ever lived has a story. I suppose my curiosity inspires me to tell them, even if they are products of my fancy.

Probably the most important thing is to remember that it is really about developing relationships. Social media networking seems to be critical to the process these days. At first I was a tad intimidated by the concept. Then I realized that it isn’t so different from more traditional marketing activities. I started treating my social media endeavors like I would Chamber of Commerce events. I reach out to as many people as I can, but I put more effort into developing relationships with folks who share my interests, those who offer services I might need now or in the future, and the ones who seem to genuinely appreciate what I do. I don’t hesitate to introduce one of my contacts to another if I think the association would be mutually beneficial. While I realize that agents and publishers like to see big network numbers, I feel that the quality of the relationships I build is equally or more important.

Believe in serendipity and synchronicity and don’t be afraid to let them guide your actions. Everything happens for a reason, but what we do with the events in our lives is up to us.  When faced with adversity, we have a choice: remain a victim or become a warrior. 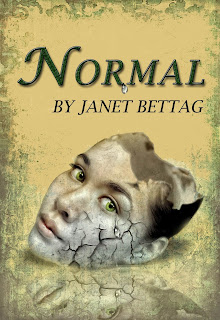 "In that nanosecond of enlightenment I knew that the human spirit survives the death of the physical body and I understood that my wandering soul needed to get back into its earthly habitat." - Janet Bettag, Normal

Normal is the true story of the author's survival and recovery from a ruptured cerebral aneurysm. It poignantly and humorously addresses dealing with altered self-image, finding ways around barriers, and appreciating the play of serendipity and synchronicity in our lives. The book is a moving and sometimes hilarious account of her determination to reconnect with reality and construct an active, rewarding life in the aftermath of a traumatic event. Sharing skirmishes and victories, Janet Bettag conveys a message of hope, inspirationn, and support to her readers. In doing so, she reminds each of us that we have a choice to make when faced with adversity - remain a victim or become a warrior.
Posted by Author Leanne Dyck at 9:00 AM