I've always had the bug to write. I began writing my first "novel" when I was about ten years old which was influenced by the Nancy Drew Mystery series. Of course, that one was never finished and published, but it started my interest in writing. Years later, I was told by two of my college English professors that I should become a writer. I found this interesting since I was an Accounting major at the time. But their encouragement started me on the path to writing and I've continued in one form or another ever since.

I wrote my very first novel, Memories, many years ago but after multiple rejections from agents and publishers, I shoved it into the bottom drawer of my desk and gave up. Although, I didn't give up on writing completely. I continued writing non-fiction articles for years for various publications and then for websites. During this time, I also completed two more books, even though I had yet to publish any. About twelve years ago, I self-published two of the novels through a print-on-demand publisher, but not many sold. In those days, there was a stigma attached to self-published books, and no one wanted to try them. Then, in 2011, I discovered the world of self-publishing through Amazon and published my novels there – even the one that was sitting, dusty, in my desk drawer. Since then, I've published my fourth novel and I am currently working on my fifth.

I never know what is going to inspire a story for a novel. It could be a song (a song inspired my next novel, Maggie's Turn), it could be a scene from a movie, or even just a conversation with a friend. I'll see or hear something and think, "What if…", and off I go. When I come up with an idea, I start to write it down so I don't forget it. I may even start writing the first few chapters. I've done this with several books, so I already have a few ideas all ready to go. I just need the time to finish them all.

What is your most recently published work?

I just published Sara's Promise in December and have been actively promoting it. Sara's Promise is a romance novel with a twist. It brings up the ideas of soul mates and love lasting even after your partner has left this earth. So far, everyone who has read or reviewed it has enjoyed it, which is very rewarding.

What are you currently working on?

I'm working on my fifth novel, Maggie's Turn, which I hope to have published this summer. Maggie is the perfect mother and wife, completely devoted to her family until one day she drives away, leaving behind an indifferent husband and two sulking teenaged children.  As Maggie goes off on a quest of self-exploration and enjoys adventures meeting new people and learning new things about herself, her husband, Andrew, begins some self-exploration of his own, slowly beginning to understand what drove Maggie away. Is it too late to resolve their differences and save their marriage or will Andrew lose Maggie for good? I think that many moms who are in the thick of raising kids and working will be able to relate to Maggie. 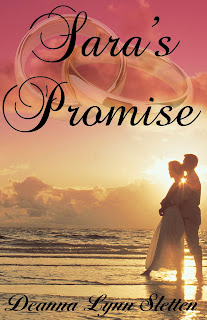 Do you believe in soul mates?

William Grafton had the perfect life with his lovely wife, Sara, and two wonderful children. But one day his perfect forever was shattered when Sara died suddenly, leaving him alone to raise his children and wonder how he would ever get through life without his soul mate. Five years later, he finds himself looking into a familiar pair of blue-green eyes that remind him of Sara. The woman is the exact opposite of his late wife, yet he finds he is drawn to her. But after a few strange occurrences, he begins to wonder–are these just coincidences or has his Sara come back to him as she once promised in the form of this new woman?

Annie Paxton doesn't believe in soul mates or fate. She had watched her father die of a broken heart after her mother passed away and has since cast away any fairy tale ideas of love. Then she meets the man who has been haunting her dreams and she begins to see love in a whole new light. But her dream man is still tied to his deceased wife, and Annie doesn't know if he will ever be able to break away from his past. As strange occurrences unfold, Annie wonders if William could ever truly love her for herself and not for the traits that remind him of Sara.

Were William and Annie brought together by fate, coincidence or by Sara keeping her promise? 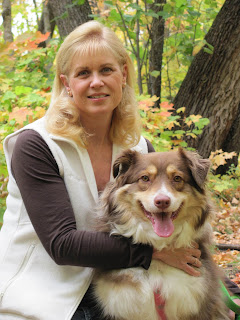 Deanna Lynn Sletten writes women's fiction novels that go beyond the basic romance novel. Her stories dig deeply into the lives of the characters, giving the reader an in-depth look into their hearts and souls. Deanna has also written one middle-grade novel that takes you on the adventure of a lifetime.

Deanna started her writing career in the early 1990s writing articles for parenting publications and local newspapers. Over time she transitioned to writing for blogs and websites and was a contributing writer for the women's website, She Knows. In November 2011, she changed course and put all her energy into novel writing and hasn't looked back since.

Deanna is married and has two grown children. When not writing, she enjoys walking the wooded trails around her northern Minnesota home with her beautiful Australian Shepherd or relaxing in the boat on the lake in the summer.