“In order to write about life first you must live it.”
Ernest Hemingway

Janet Love Morrison was born in Toronto, Canada and grew up in Port Coquitlam, near Vancouver, BC. She spent a lot of her life travelling around the world doing a variety of jobs while living in Switzerland, Israel, India, Japan and Malaysia.

Travelling inspired Love Morrison to document was she felt, what she saw and what she heard. Her writing has appeared in the Pique Newsmagazine, which is published in Whistler, BC, one of Canada’s famed ski resorts, the Globe and Mail, one of Canada’s two national newspapers and several other publications.

“Refugees, children, taxi drivers, fellow travellers, work colleagues, family, friends, Dhyan Vimal, founder of Friends to Mankind, His Holiness the Dalai Lama and so many, many more remarkable people have been my teachers.

Love Morrison first started editing in 2004 for Masters’ World magazine in Kuala Lumpur, Malaysia. Since that tenure she has embraced a wide variety of editing assignments including: websites, brochures, resumes, magazine articles, real estate advertisements and so much more. Those creative experiences, combined with teaching English grammar as an ESL teacher for 11 years, are what make Love Morrison a well-rounded editor today.

In addition, Love Morrison is available for speaking engagements for she has appeared on television, radio and various other platforms to speak on different subject matters.

And finally, Love Morrison is an Ambassador for Friends to Mankind, an international non-profit foundation that works with individuals, corporation and philanthropic organizations towards the betterment of humanity.
www.friendstomankind.org 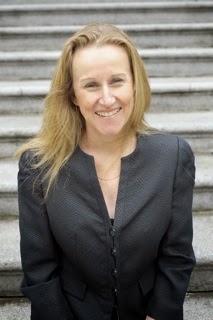 My first article was published in The Whistler Question in 1992.
Sponsored by a local pizza parlour, the paper offered to publish travel stories in exchange for extra-large pizzas. The article was titled, Cabbie a Cultural Oasis at Border Crossing, and chronicled my journey across the Sinai Desert into the Gaza Strip in 1985. I was pretty excited about the pizza!

I’ve spent many, many years outside of Canada and my intent has been to honour and celebrate people who have met their challenges, for I believe they inspire others to rise too.

For me, I try to always be conscious of my beliefs and intent before I write. 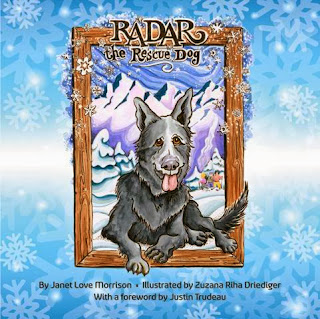 Radar the Rescue Dog is a fictitious children’s story based on a real dog. Three adventurous young skiers venture beyond the ski area boundary and find themselves lost on Whistler Mountain. Radar is their hero. It’s a simple plot to teach young skiers and snowboarders mountain safety awareness.

In 1978 Radar was Whistler’s first avalanche rescue dog. His home was Whistler and his owner was Bruce Watt, one of the original founders of the Canadian Avalanche Rescue Dog Association (CARDA).

The safety of mountain guests is critical in all ski areas. Much like we are taught about the hazards of water, electricity and fire, we must also teach young people about the fundamentals of mountain safety. This is the intent of Radar the Rescue Dog.

Justin Trudeau has written the foreword. His brother Michel was tragically killed in an avalanche in November 1998. Since then the Trudeau family has participated in mountain awareness.

About the Illustrator:
Zuzana Riha Driediger lives in Revelstoke BC, and has been a member of CARDA since 1993. She currently sits on the board of directors for the organization and helps instruct rescue teams when required. She is presently training her third avalanche rescue dog who looks a lot like Radar.

For information about Janet Love Morrison's other books, please visit this site