Why the Wolf? by Natalee Caple

In my new novel a lone she-wolf follows the main character of Miette as she searches across the Western landscape for the mother who gave her up for adoption, the infamous Calamity Jane. Wolves have always appeared in Westerns for the obvious reason that they are truly present in the West. Wolves have appeared quite recently in the Western through Cormac McCathy’s book The Crossing, where the protagonist makes a doomed attempt to locate and rescue a she-wolf he has injured. The she-wolf in The Crossing is a figure that can represent the inexorable destructive progress of capitalism. The relationship between man and wolf seems like an allegory of the nightmarish marriage between urban expansion and natural sustainability. In this, my ecocritical read of The Crossing, the real crossing over happens because of a metaphorical choice to restore nature that comes too late.

But for me the wolf works as symbol because of the wolf’s commitment to a pack. My wolf is meant to seem more uncanny and unnatural because she is a lone she-wolf (where we think of lone wolves as masculine), and she seems invested in a pack that includes only women (Miette and Calamity Jane), which suggests that she defies traditional definitions of pack and territory.

Wolves fascinate me because they have long appeared in international mythology. Wolves show up in folklore from North American, Europe, Russia, and China. The Cheyenne often include “wolf” in the names of Cheyenne men, particularly warriors. But of wolves as maternal figures, or as a figures that women might identify with, there are fewer examples. Romulus and Remus are twins raised by wolves in Roman myth. Barry Lopez notes that “women show up frequently in native American folklore and history as wives to wolves or their helpers” (121). A wolf is a benevolent figure who aids an abused woman in one Sioux story Lopez calls “Woman Who Lived With Wolves” (121). Navajo witches become werewolves (123) and along the lower Pacific coast of Canada and the United States several tribes incorporate the figure of the wolf into initiation ceremonies as well as ceremonies for healing and to enter puberty (128). I drew on this breadth of representation, this rich cultural shared imaginary, as I constructed a she-wolf for my Western.

In the chapter that is Calamity Jane’s fourth birth, I add to the many stories of her birth by rewriting a legend out of Texas from a hundred years earlier about a girl who lived with wolves and was stolen back before her pack was murdered. In this way, I try to show Calamity Jane as born into a violence that is natural and known (in the storm that tears her from her mother) but no less cruel or terrible for being natural.
Like the storm, the violent instincts of people are natural but terrible.

On the third day of the hunt the girl was cornered in a canyon. A wolf stood in front of her snarling and bristling until it was shot dead. The girl collapsed and cried over the body of the wolf, holding the head of the beast to her breast. When the hunters approached she growled and barked and as they grabbed her she bit and tore their flesh with her teeth. One hunter cracked her head with the butt of his gun and she fell down unconscious. They bound her and took her to a nearby ranch and locked her in a room. When she woke she howled and howled and howled until the men were on their knees with hands over their ears.

In the Old West wolves were both competition and prey for men. “Wolfers” looking for quick cash captured and killed wolves for bounty. This state endorsed murder aligns the figure of the wolf with the figure of the innocent outlaw abused by society, and so becomes a credible metaphor for wayward women like Calamity Jane (who was known to howl like a wolf when drunk). For my novel, which is expressly anti-violence and about the incredible diversity of individuals from the West not usually found at the centre of a Western, I wanted a figure from the natural world that I could connect with marginalized human communities who have experienced nationally endorsed violence (via police action and laws that promotes violence) including women, indigenous peoples, Black men and women, criminals, Chinese and Japanese North Americans, and the mentally ill. I did not want to render all of their experiences equal (in terms of similarity) so I hoped that the wolf as guide might instead gesture to complicated and even mysteriousness links between their narratives. 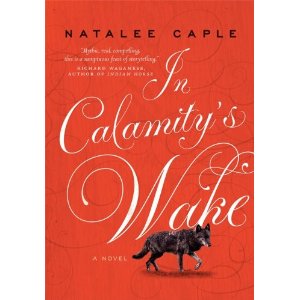 Set in the badlands of the North American west in the late 1800s, In Calamity’s Wake tells the story of orphaned Miette’s quest to find her mother, the notorious Calamity Jane.

Miette is reluctant to meet the woman who abandoned her—whom she knows only as an infamous soldier, drinker and exhibition shooter—but she sets out nonetheless across a landscape peopled with madwomen, thieves, minstrels and ghosts, many of whom add a thread to the story of her famous mother.

Interspersed with Miette’s story are the stories of Jane as told in legend, history books, dime store novels and by the woman herself. As Miette makes her way to Deadwood, South Dakota, history and myth collide to create a picture of a remarkable woman who shattered the expectations of her time, and a daughter who must confront the truth of her past. As in Billy the Kid or HBO’s Deadwood, In Calamity’s Wake blends fiction with real conversations and events to transport us, through vividly crafted atmosphere and seductive storytelling, to a side of the Wild West we’ve never seen before. 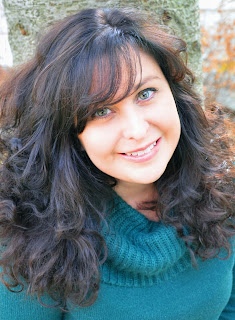