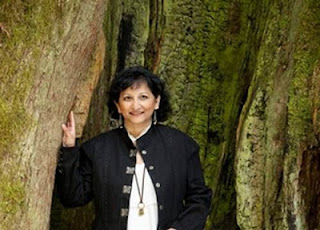 How/why did you start to write?
Years ago, I was a receptionist at a Xerox company in Winnipeg, Manitoba.  The only reading material near me was their technical manual, which was about how to use one of their Word Processing units.  Incredible as this sounds, I found that interesting enough to want to learn how to do word processing.  But I needed something to practice on.  So, in order to learn how to cut, paste, and move text around, I began writing a story, hoping to both entertain myself and have something on which to practice my new word processing skills.  Thus was born a fantasy writer.  That first story was a children’s fantasy novel called, Heir to the Kingdom, which, years later, I finished, chapter by chapter, for class critique during my final year at the University of Victoria, taking my BA in Creative Writing.

What was your first published piece?
My first contracted short story is still available.  It’s a contemporary fantasy short story called, Dragon Dreams, and is part of the anthology, Cat Tales (the only dragon story in this cat anthology).  The anthology was published by The Wildside Press and edited by the Hugo winning author and editor, George Scithers, released in 2008.

What did you do before embarking on your writing career? Was it an asset to your writing? How?
I’ve held many different jobs, one of them was as an Animal Health Technician in Vancouver, BC.  The sale of Dragon Dreams was directly related to this job.  When Mr. Scithers called me on the phone at work (I had long since left that veterinary clinic and was now working as a data coordinator), he asked me where I had gained my experience with animals, because he was certain I couldn’t have written that story the way I had without some experience working with animals.  I admitted that in another life I used to be a veterinary assistant, and he reamed me out for not including that bit of detail in my cover letter.

What inspires you?
There are a lot of authors that I love, but my current favourite is Terry Pratchett, and it’s not because I was a finalist in his Anywhere But Here, Anywhen But Now, fantasy contest.  A friend, on hearing that I was a finalist was shocked that I’d never read his books, so she lent me one and said, “You have to read this one.  It’s one of his best.”  It was.  The book was called, Wyrd Sister.  I have since read many Terry Pratchett books and truly love his writing, his view of the world, and his unforgettable characters.

Please share one of your successful author platform building techniques
The best one for me, personally, was joining Romance Writers of America (RWA).  I learned an incredible amount about the craft of writing from them and their associated chapters, and have made many connections in the industry as a result of belonging to RWA.

Parting words
Aside from reading fantasy, my next favourite genre is Regency.  Fantasy comes to me instinctively; it’s in my blood.  Whereas, with Regency, I had to work hard to learn about the era and the customs and it took a great deal of courage to write this first book.  Publishing isn’t an easy path for any writer to follow.  The road is paved with more disappointments and heartaches, than successes.  So, I couldn’t be more pleased to have A Beastly Scandal be my debut novel, because not only is it a Regency, but it has paranormal elements that tip it into the fantasy realm.  This book is the first of 4 fairytale-inspired Regency romance contracted to be published by ImaJinn Books. 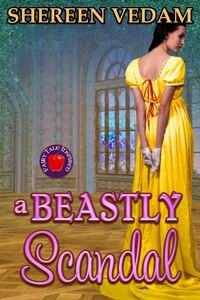 A Beastly Scandal (a Beauty and the Beast tale)


A BELLE OF THE BALL…
Lady Annabelle Marchant was a belle of the ball in London until she used her psychical senses to save a man’s life.  She failed miserably, leaving him dead and her disgraced.  All she wants now is a chance to comfort his widow by cleansing the woman’s home of her husband’s restless spirit.  But the widow’s son, the beastly Lord of the Manor, accuses her of coming to the wilds of Cheshire to snag him as a husband.  Thoroughly disgusted, she is bent on proving him wrong.
…BECOMES PERSONA NON-GRATA…
Lord Rufus Marlesbury, the Earl of Terrance, is suspected of murdering his father.  He has come home to clear his name by finding the real killer before the new year or the king has promised that Rufus will be called in front of the House of Lords to answer for the crime.  He does not have time to waste fending off a marriage-minded miss who has inveigled an invitation to his home by playing on his grief-stricken mother’s worst fears.
…WHEN A MURDERER IS ON THE RAMPAGE
With an unruly manor ghost terrorizing the occupants and corpses piling up in the village, Belle must find a way to see the man beneath the beast and Rufus must learn to believe in the love of a woman who has no reason to trust him.  Only by working together can they stop a vengeful ghost before it torments the guests or before the killer strikes again.