“Jake Needham is Asia’s most stylish and atmospheric writer of crime fiction.” – The Singapore Straits Times

"Jake Needham…has a knack for bringing intricate plots to life. His stories blur the line between fact and fiction and have a ripped-from-the-headlines feel. Buckle up and enjoy the ride." -- CNNgo

"Mr. Needham seems to know rather more than one ought about these things.” -- The Wall Street Journal  Asia 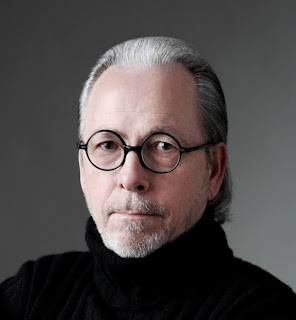 It was completely accidental. Honestly. For my sins, I had ended up running a broken down little Hollywood production company that was making movies for cable TV. I put together an outline to be distributed to the writers we were working with that illustrated what I thought was the approach we ought to be using in developing scripts. It was based around an idea for a movie that I tossed off for the outline, not as a serious attempt to develop a story. Regardless, somebody at the company didn't understand it that way and pitched it to HBO as if it was a serious project. A couple of months later HBO called me and offered to fund the development of my screenplay. I said, 'What screenplay?' And they told me. At first I thought it was some kind of a joke, but then I discovered it wasn't. And that was how I became a writer...

I wrote THE BIG MANGO, which was my first novel, over six months in 1995 when I started getting sick of doing screenplays. I really had no clue what to do with it, so I packed the manuscript off to a man who was then in the very top tier of American literary agents and whose name I had simply plucked out of a directory of agents. Not only did he like it and take me on as a client, but he worked hard for three or four years to place that book with an American publisher. Too mid-list, everyone said, not the stuff of a blockbuster. I think they were right about that, but if that's the fundamental criteria for deciding what books ought to be published, I think we're all ultimately screwed. Still, Perry kept trying to find a home for THE BIG MANGO until the day he retired. When he did, I took the manuscript and gave it to a small Asian publisher who published a lot of English-language books and who was keen to see it out there.. THE BIG MANGO has since sold well over 100,000 copies in its print editions, another 15,000 or so in a new e-book edition, and been optioned by film producers over and over.

I'd been involved in the production of quite a few screenplays that passed through my hands, but THE BIG MANGO was my first published book.

It was published by Asia Books in Bangkok.

Although after I graduated from college I spent several years as a writer and producer for NBC News, I decided pretty quickly that wasn't for me and bundled myself off to law school. I was a lawyer and investment banker for a decade or so before I fell into writing screenplays, working mostly with Asian corporations, and I draw on the weirdness and adventure of those times for nearly everything I write. When you work the borderlines of the Pacific Rim, you deal with all sorts of characters -- ambassadors and criminals and hustlers and spies -- and those are the characters who end up in the kinds of crime novels I write now.

The word 'inspiration' makes my skin crawl. Writing isn't inspiration. It's discipline. John Gregory Dunne called writing 'manual labor of the mind' and compared it to digging ditches and laying pipe. Inspiration, or the lack of it, makes no damn difference. What does make a difference is finding within you the discipline to do the work, day after day. You just keep digging and laying that pipe no matter how much your body aches, one foot after another.

I'm not sure I have any. I try to write good books. I stay in touch with readers who want to stay in touch with me -- mostly through Twitter and email, since I find Facebook more annoying than anything else -- and those readers help to spread word-of-mouth recommendations for me to new readers. Other than that, I have no clue how to market a novel, and generally I don't think publishers do either.

I think we're in a golden age for both readers and writers. For the first time, books are broadly accessible to everyone all the time regardless of where they are. Publishers, distributors, and retailers have lost the power to dictate the relationship between readers and writers. And we're all better off for it. 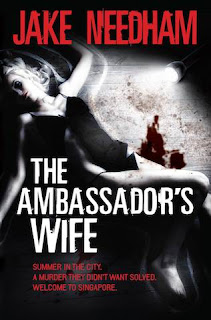 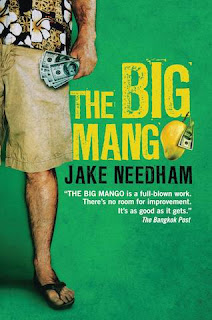 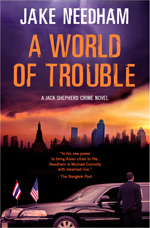 A WORLD OF TROUBLE - http://www.amazon.com/WORLD-TROUBLE-Shepherd-thriller-ebook/dp/B007N6A4DW/ref=pd_sim_kstore_4?ie=UTF8&m=AG56TWVU5XWC2 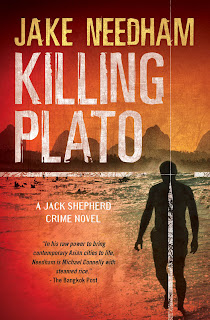 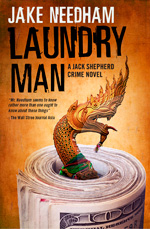