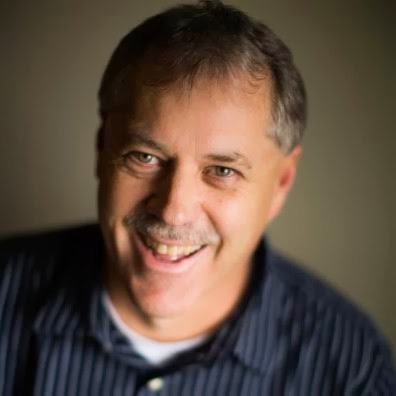 Dean is a freelance writer and member of Northern Colorado Writers. His work has appeared in Chicken Soup for the Soul: Parenthood, TROUT magazine, Torrid Literature Journal and other literary magazines. His essays won three separate contests at www.midlifecollage.com.
For 26 years, Miller has kept the skies safe as an air traffic controller for the FAA and received the National Air Traffic Controllers Association (NATCA) Northwest Mountain Region 2010 Archie League Safety Award. In his spare time, he enjoys fly fishing and he is an avid supporter and volunteer for the veteran’s support group Project Healing Waters Fly Fishing. He lives in Colorado with his wife and their two dogs, Bear and Snickers. 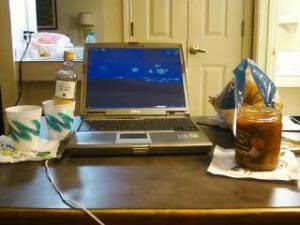 I enter my hotel room in Shenandoah, TX. It is modernized late ‘70s, only because they’ve removed the avocado green from the decor. Orange, gold, and red tones dominate the furnishings and floors. The shower curtain logo says it all: “wake up on the bright side.”™ There is no other option. On the plus side, the slight musty smell is definitely early ‘90s. Regardless, I am full of anticipation, for the next three days this is not only my home, but site of my first writing sabbatical. I plan hours of uninterrupted writing around my daughter’s swim meet, which is why I’m in town.
Finally, I am ready to begin, except the hotel’s Wi-Fi has dumped. That means no access to Hearts of Space, my favorite writing music. As the ever-prepared traveler, I have a back-up plan. Out comes my IPOD and I fire up MS Word on my laptop. Who needs the Internet anyway?
I settle into the orange mesh “office” chair and gaze across the room at the large red lounge chair. Hmmm…That might be more comfortable. Too late; I’ve already set up my writer’s station: Inspirational chips and salsa, enjoyed with a fine 5.5 ounce plastic bottle of Chardonnay that’s chilling in a Styrofoam cup. Can it get any better?
But then, Jams from “tech support” calls. Okay, that’s not his name, but it’s short for “Just a minute, Sir,” which he states repeatedly. Emboldened by my half-cup of wine (so delectable in a foam cup fresh from its plastic wrapper) I politely end the call. I haven’t time for this. I’m a writer on sabbatical. There are words shouting to be heard on screen. If I need Internet service, I’ll get it at Starbucks. I’d been there twice already.
The internet problem did get solved, and over the next 72 hours I enjoyed long blocks of solitary writing time. I used most of it wisely and moved my works-in-progress forward. I also finished off the bag of chips, ninety percent of the salsa, four bags of microwave popcorn and the remaining three mini bottles of wine (thank God for twist-tops.)
Despite my last hour of writing being repeatedly interrupted by the maintenance man trying to shut off the bathtub hot water, I’ve written well and learned several valuable lessons. These include, but are not limited to: (1) long periods of solitary writing time are invaluable; (2) I have the discipline to sit and write; (3) focusing on one project at a time works better (for me) than scatter braining four simultaneously; and finally, (4) that I enjoy wine from small plastic bottles.
I am already looking forward to my daughter’s next travel swim meet. I hope she’s as happy with her results from this trip as I am with mine. 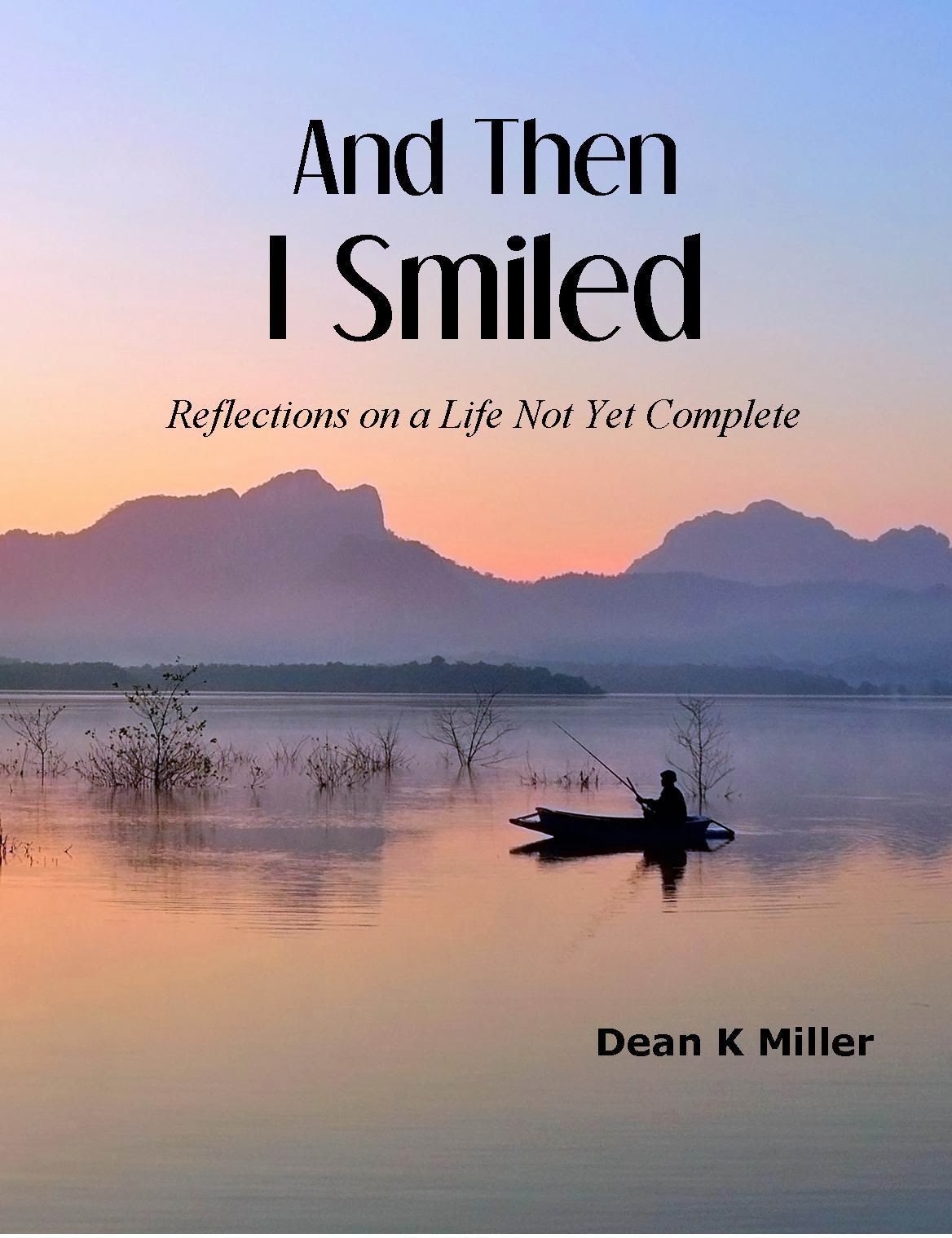 Dean’s debut book: And Then I Smiled: Reflections on a Life Not Yet Complete contains over 50 personal essays and stories along with 10 original poems. The essays and poems, “. . . find grace in life’s simplest moments and transport readers on journeys ranging from beaches, mountain streams, city parks and to destinations in realms we seldom visit, both inside and outside the physical world. Seemingly average moments of life create the backdrop for Miller’s keen observations and discoveries, touching on various facets of life, family, nature and the energy that surrounds us.”
Posted by Author Leanne Dyck at 5:33 PM