On Canada Day, CBC interviewer ‘Kevin Sylvester (spoke) with…four of Canada’s most exciting new mystery writers…
Robin Spano…author of two novels featuring Clare Vengel, the latest being Death Plays Poker…
Hilary Davidson…author of 18 books and two mystery novels involving the travel writer, Lily Moore, the latest is The Next One to Fall
Deryn Collier ‘author of the just-published mystery novel Confined Space.’
Ian Hamilton ‘author of a very successful series of mystery novels featuring forensic accountant Ava Lee. There are three in print; the latest is The Wild Beasts of Wuhan. The fourth is due out this fall.’ (From The Sunday Edition web site)

Robin, I have a few follow-up questions inspired by the interview. 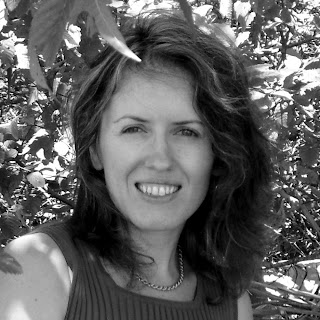 -You spoke about being interested in writing mysteries because you saw it as a way to combine art and science. Please explain further.

RS – Like a science, mystery writing has laws that govern its logic: you need clues & red herrings in the right balance, careful pacing to keep the action moving forward, and the final reveal should be both a surprise oh my god moment and a natural ah, of course conclusion based on the seeds you have planted.

But writing is also a creative process. You have to let go of logic and allow characters to run around freely while they sort out who they are and how they react to each other. You have to open yourself emotionally, let your characters be as dark and twisted – or as sweet and tender – as they like.

I find the formula comforting, because science has always come more naturally to me than anything emotionally open or artistic. But with each book I write, I feel myself letting go of the reins a bit more, blending more creativity in with my science – and as result, with each novel I feel a lot closer to finding characters who breathe like humans.

-You spoke about your feelings toward your central character as being similar to the feelings a mother has for her child. You said that you were interested in watching Clare Vengel grow up. By these comments it appears that character development is very important to you. For you as the author, is it as important, less important, or more important than solving the actual crime itself.

RS – You're dead right: the most exciting part for me is watching Clare grow. The crime is the backdrop – it's Clare's challenge, her motivating force to acquire new skills and shed her emotional barriers in order to solve the case. But it's Clare's growth arc that is front and center for me.

-How do you map the character development that will occur during the novel?

RS – I don't map it as much as I like to throw Clare curve balls. In Death Plays Poker, I sent her undercover as a spoiled trust fund princess because I thought she had too much of a reverse snobbery chip on her shoulder as well as an unfounded loathing of feminine fashion. When the case ends, she hasn't adopted all of her high-maintenance character's ways, but she contemplates refreshing her manicure and figures it's okay to keep a bit of pink in her wardrobe.

It's important to me that Clare matures as a cop in each book. She's young and makes a lot of mistakes at first – some of which repeat themselves, but most of which she learns from.

And there's her love life. At the beginning of the series, Clare doesn't trust men, so she sleeps with a lot of them, telling herself that that's how she maintains control. She wants to fall in love, but her impulse is to push someone away when they get close to her. A couple of men – Kevin and Noah, particularly – manage to break through Clare's cold front, forcing her to ask herself what she wants and why she might be resisting. I had a lot of fun with the romance angle in Death Plays Poker.

RS – Know your character's flaws. Pretend they're your friend or family member and you want to help them get past those flaws to live a happier life. It's pretty rare that the solution is to tell them directly how to fix their problems. In fact, it's usually life that has to throw them a curve, and someone grows based on their reaction to the challenge. So my answer is to throw your character that curve. Watch them react. Help guide them in their reaction toward learning to be stronger.

-I have to ask. You said you were angry when you began to write your first novel. What were you angry about? Was the situation eventually resolved? Was writing the novel an effective form of therapy?

RS – My husband owned a pool hall and I was helping him run it. It was a fun club – we're still friends with lots of our customers and staff from there – but by-laws came in and taxes went up and it got harder and harder each year to make a living. Other business owners in Toronto felt the pain just as severely – several closed, and others moved to the suburbs where taxes were lower. I blamed the politicians for the conditions (and I still do, to a certain extent) but I think my real frustration was that I felt like Sisyphus – working my ass off night and day and going nowhere real. My husband was less frustrated because he loved the work itself – he loves people, he loves business, he loves challenges. So while he would have liked the bar to be making more money, he was happy to have a job where he enjoyed going to work each day.

Which is exactly what happened for me when I started writing. I loved opening my file called “Dead Politicians” and getting to work. As soon as the fictional mayor was dead on my fictional page, I felt like I was connecting to my own goals. Toronto's political climate hadn't changed, but my rage finally had an outlet – and that outlet was the springboard to the career I now love. So I wrote a very lighthearted first novel, probably because I was ebullient with joy that I'd found a way to stop pushing that damn rock up the hill.

-Do you often use your writing as therapy?

RS – Yeah, I've never had a good therapist so I had to turn to fiction. Ha, but seriously, yes: fiction does help me resolve issues.

- Does your life often inspire your writing?

RS - Yes, but in surprising ways. Most recently, it's my little nephew in Toronto who I can't get out of my head. (And I like him in my head, so this works.) I find him crawling into my fiction all over the place.

-You said that a sense of justice was an important element in a mystery. Please expand on this concept.

RS – It's one of the formula factors – you need to tie the loose ends, answer all the questions that you raise. It's like a contract with your readers: they're entering the story knowing that you – through your protagonist – will make things right in the end. The murder will be avenged and the bad guy will go down.

-Would you ever consider writing a literary novel or in writing in any other genre other than mystery? Why or why not?

RS – Right now I'm happy writing crime fiction because I love the challenge of plotting as much as I love character development. I'm playing with a techno-thriller now – similar to a mystery in many ways, but with more action and suspense.

But if an idea came to me that didn't want to hang on a crime plot, I'd run with that, too. I love reading literary novels – especially writers like Jessica Westhead and Angie Abdou, who make literary reading as fun as any genre book – so I don't see why I wouldn't one day try to write one.

-You mentioned that you were about to read the novel The Professionals. Please give us a short review.

RS – Owen Laukkanen's writing is extremely skilled – he has a creative writing degree from UBC, and it shows – and the novel's concept is fun and original. Owen takes ordinary smart, college-educated people and shows how they could become hardcore criminals almost without realizing it's happening. And he does it in a page-turning way. Highly recommend.

-What was the best and least enjoyable part of being interviewed on CBC radio?

RS –    The best: being with three good friends & a fun host and chatting books.
The worst: listening afterwards and thinking, man, I could have said that better.

-How did you find Kevin Sylvester as an interviewer?

RS – Fantastic. He was warm, smart & funny, and he made us feel relaxed. He asked questions that made me think.

Thank you for visiting my blog.
Posted by Author Leanne Dyck at 9:00 AM