A short story about my adventures with music. 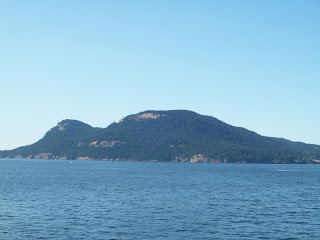 My peers schooled me about music. "Country is for nerds. Rock is cool."

Holding a hairbrush like a microphone, I sang along to The Beatles,  The Rolling Stones, The Guess Who and Crosby, Still, Nash and Young--but mostly Young. I thought Neil Young was so dreamy.

While in University, I attended the Winnipeg Folk Festival . Under a sun-filled endless blue sky and through misty rain, the diverse audience became a community united by music.
"I'm a folkie," I told my boyfriend, Byron.

He had an extensive music collection--records, tapes, CDs. Amongst the rock musicians, I saw names I didn't recognize.

"Who's Peter Rowan?" I asked and he put the CD into his sound system. I was captivated by what I identified as a folk musician.

“Would you like to cross the border to Tacoma, Washington for Wintergrass and listen to Bluegrass?”

I guess he noticed my puzzled expression. “You know. Musicians like Peter Rowan.”

That was enough for me, I packed my suitcase.

At the festival, scattered throughout the hotel lobby, groups of people sang and played instruments. Fiddles. Guitars. But there were also huge fiddles that stood on the floor and another instrument that looked like a cross between a guitar and a ukulele.

“Where are the drums?” I wondered out loud.

“There are no drums in Bluegrass,” Byron said.

“Do you know who that is?” I followed his line of sight to a man playing guitar. Just some guy.  “That's Peter Rowan.”

“Pet...er...Ro...wan? Here? Now?” I sputtered like a star-struck teenager. He wasn’t being clawed to death by eager fans. No one hounded him for an autograph. “How can he just be standing there, playing his guitar? Don’t they know who is he?”

“Of course, they do. But that’s the thing about Bluegrass—anyone can play with anyone. The stars don’t act like stars. They're just people."

We found our room and Byron said, “You’re going to love this weekend. The opening act is Bill Munroe, the father of Bluegrass.”

We took the elevator down to the concert hall and I was lost in thought. The father of Bluegrass? This music is ancient; he must be older than dirt.

We found our seats and the master of ceremonies introduced the first act, "Bill Monroe and the Bluegrass Boys."

On mass, the audience gave the band claiming the stage a standing ovation--just for showing up.

Bill Monroe looked so old, so fragile--like he should have been in a wheelchair. I hoped nothing happened to him on stage.

To his credit, Bill made it safely through the first couple of songs. But then he appeared to keel over--bending forward at the waist. All of us, the entire audience, offered a collective moan.

A younger band member voiced our concern, "Is Bill okay?"

The answer came from his older bandmate. "Bill? Sure, he's just getting down."

Bill's hand flew across the strings. And he proved right then, right there why this was his music.

Bluegrass' high, lonesome sound stole my heart. It's the voice of the common man--the people I grew up around, where I'm from. And if that makes me a hick, I'll wear the title proudly.
Related articles...

The African musical influence in the world of bluegrass music
Jessica Blankenship
Posted by Author Leanne Dyck at 9:00 AM