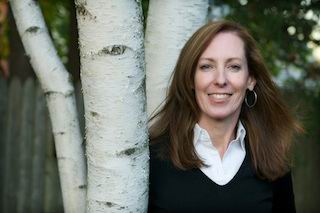 How/why did you start to write?
I started to write seriously in my late 30s as a creative outlet that tapped into a different part of my journalist's brain. I don't like embellished writing as journalism, so I needed another venue to play with words.

How did you become an author?
That was a very long road. I first wrote a novel that didn't go anywhere, then started working on short stories. When I attempted writing a novel again, I was fortunate enough to win a contest that helped me, eventually, find an agent. But even then, it took two years to sell A Watershed Year. Since then, I've had some rough luck and some great luck. Borders, which was much more enthusiastic about my book than Barnes & Noble, filed for bankruptcy just as it was coming out, so that didn't help. But then my editor at Guideposts Books moved to Seattle and got a job with Amazon Publishing, where she told them about my book. They are re-releasing it in November, which will give it another life, and they also bought my next novel, The Virtues of Oxygen.

What was your first published piece?
It was a short story called "Intercession," and it's the basis for the first chapter of my novel.

Where was it published?
It was published in the small journal Inkwell, which is based at Manhattanville College.

What did you do before embarking on your writing career? Was it an asset to your writing? How?
I was a reporter and a copy editor, and both of those helped me as a fiction writer. The reporting skills are important for research, and the editing skills help me to fine-tune my own work.

What inspires you?
Many other writers inspire me, as well as anyone who pursues a craft and really tries to untie the knots of what makes art successful and meaningful.

Please share one of your successful author platform building technique
I'm convinced that Twitter is a meaningful endeavor, but I haven't had enough time to devote to tweeting and building my followers. So please follow me on Twitter! https://twitter.com/schoenwriter

Parting words
Thanks for the opportunity to share my story.
(You're most welcome, Susan. I enjoyed reading about your author journey. And I wish you much success with A Watershed Year.) 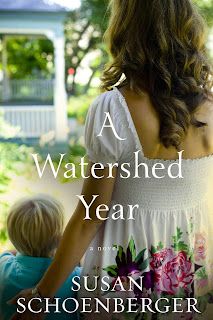 A woman in the midst of heartbreak finds renewed purpose in her life when she decides to adopt a young boy from Russia in this powerful and triumphant debut novel.

Two months after the death of her best friend Harlan, Lucy remains haunted by the things she never told him. Then she begins receiving emails he'd arranged to be sent after his death, emails that will change the course of her life. One email in particular haunts her -- he tells her he is certain she is destined for motherhood. Thus begins her watershed year.
Links
To order the book:
http://www.amazon.com/A-Watershed-Year-ebook/dp/B00D237Q9K/ref=sr_1_3?ie=UTF8&qid=1375403280&sr=8-3&keywords=a+watershed+year