I can't wait to tell you about the exciting time I had last weekend.

I live on a picturesque island surrounded by other picturesque islands. Sadly when I travel I usually go to the bigger islands--Vancouver Island, Salt Spring Island--or the mainland. Rarely do I travel to the smaller islands. I could. It's available. But I rarely avail myself of the opportunity.

Last weekend was different. Last Saturday I sailed to Galiano Island for the Galiano Literary Festival.

The ferry left at 11 o'clock in the morning. Once on the island, I followed the signs. 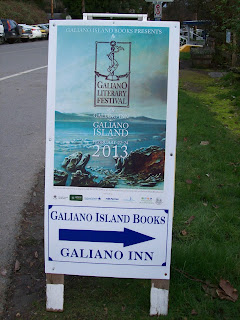 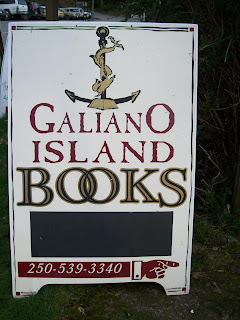 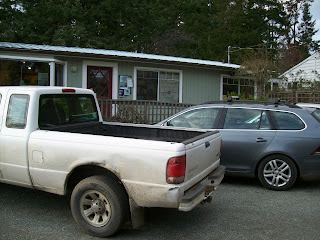 and made a mental note to return there on my way back to the ferry.

I walked through the gates to 134 Madrona Drive 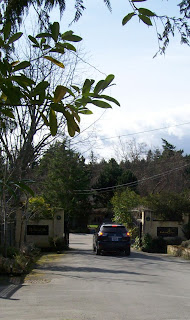 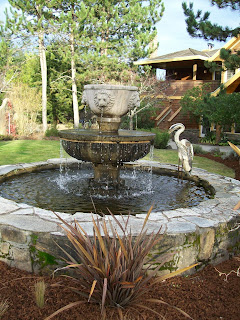 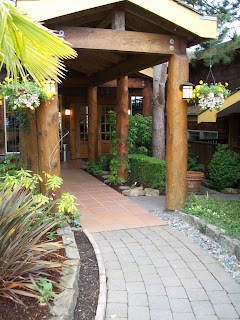 When I arrived the days events were already underway. The keynote speaker, Kevin Chong, had already addressed the audience. The panel (Robert Bringhurst, Annabel Lyon, Mark Leiren-Young with moderator Brad Frenette) was already engaged in a captivating exchange.

I would, if I could, sail a million seas and climb a billion mountains to listen to authors talk about their work.

Here is what I heard on Saturday...

-screenwriters pay special heed to the audience. Depending on how their work is received, they may do an immediate re-write.
-some authors don't factor in the desires of their readers, what so ever. For them, writing a book is a literary dialogue between their book and the ones that inspired its creation.
-other authors have had to learn who to listen to and who not to. For example, they won't listen to someone who says, "I don't think your book is not that good, just my two cents." However, they consider what their friends' mother would think.

Pluto's quote, 'Those who tell stories rule society' was discussed.
The question was posed--If you do rule society, what group of individuals would you support.
The mentally disabled was championed to a room full of applause.
As a member of this group I couldn't help but be deeply touched.

The need for writers to read widely was stressed.

Following this discussion I had the pleasure of listen to... 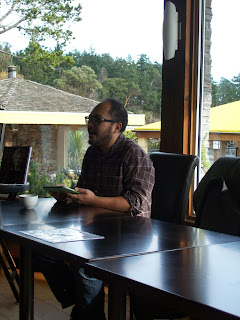 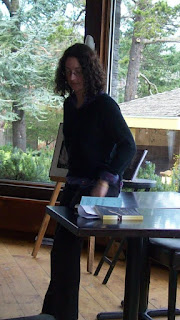 (I actually spoke with Annabel Lyon.
I wanted to hung her but I resisted the impulse.
She was warm and engaging.
Do you remember when I shared her book Encore Edie?
Well, I asked her to sign my copy.
And she did...) 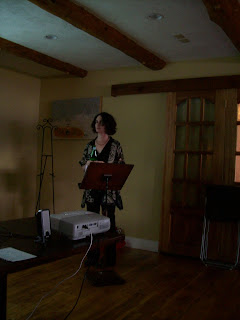 read from their work. 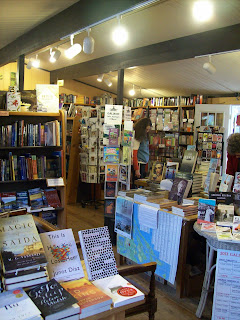 Then I sailed over the waters to Mayne Island, my island home. 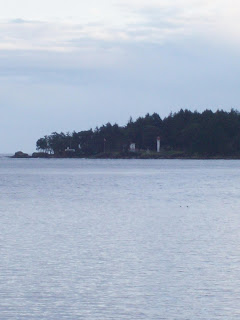