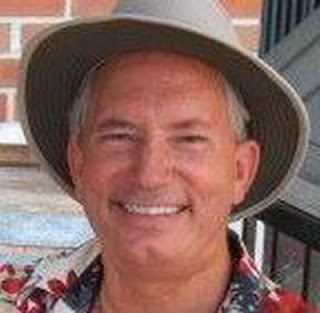 I love to write, and do so about 12 hours a day

I kept writing until someone thought it was good.

On Amazon, under my publishing company SIR JOHN PUBLISHING

I was in International real estate for 35 years. And I draw from it very much.

Fans, I love to hear from them.

My number one advice to new authors/authors-to-be is to...

Read, write, polish, repeat, repeat, and repeat. The old saying is that writers write and don't just talk about it.

My life's philosophy is...

The only way to be the best is to be better than number two. This is different from being as good as.

One thing I really enjoy is...

Making friends around the world. I have several twitter accounts with over 85,000 followers.

One thing I really hate is...

Not having enough time to read all of the great books being written today.

My favourite thing to do (outside of reading/writing) is...

Spending time with my wife and traveling the world

Please stay in touch with me on facebook http://on.fb.me/dlgWwW  , on goodreads http://bit.ly/vPvNQa  on my blog http://bit.ly/1adGAp  and on kindle http://amzn.to/H7VlFp 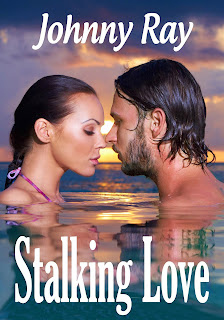 STALKING LOVE is a 94,000 word romantic thriller set in St. Petersburg, Florida during the current real estate crisis. With a serial killer targeting people involved in the real estate business, and a potential love of a lifetime in the works, it takes all of the strength and courage of a woman thought to have it all, but lacking everything that really matters to grow and develop into who she is destined to become.

As Rachel Contino, a proficient, thirty-eight year old realtor, attempts to avoid the real estate meltdown caused by her main client, developer Jonathan Harrell who had died in an apparent suicide, new evidence surfaces that it wasn’t a suicide but murder. This is soon followed up by the murder of Jonathan’s partner. These murders inside a condo complex hosting her largest number of listings makes her sales all but disappear, forcing her into deeper financial problems. In addition to her financial situation, she is scared that the murderer may be targeting her next.

Meanwhile, Rachel, who has no time for a life outside of her profession, meets Carlos Martinis, a twenty-three year old mortgage broker, and yields to the teasing of her friends in attempting to make this stud her boy toy. She quickly discovers, however, that he’s much more of a man than a boy as he quickly converts her to his party girl instead.

As her world falls apart, she has to depend on a guy she wanted to make into a toy. Relying on love rather than her money is a hard lesson to learn, but one that she has to before it’s too late and Carlos leaves her and the murderer makes his final move. Converting their passionate sex life to a true love will require admitting secrets that both Carlos and Rachel have to eventually reveal. But will these secrets bring them together or drive them apart forever?