Arthur Dent is living in a non-descript house overlooking the peaceful English countryside but...but then his world explodes--literally. Yes, The Hitch-Hikers Guide to the Galaxy is a comedy. It offers a chuckle a page. All you have to do is find the funny bites. 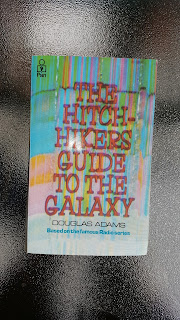 an imprint of Macmillan Publishers

Arthur Dent is blissfully unaware of... Well, a lot of things, actually. One of the biggest things is that his best friend Ford Prefect though pretending to be an out-of-work actor is, in fact, an alien--like from another planet. As it turns out, that's a good thing because when the earth explodes Ford being from another planet is the only thing that saves him.

What does it all mean?

Here's a guess: The Hitch-Hikers Guide to the Galaxy is about the encroachment of technology into our everyday lives.

When Douglas Adams wrote this book, in the 1970s, there were no social media. No cell phone. Heck, there weren't even personal computers. Hard to believe but true. Only a mere fifty years later, can we imagine our lives without the World Wide Web? Sometimes it's nice to try.

'"What's so unpleasant about being drunk?"

I meet Arthur Dent when I was 21. I could relate to Arthur. My world, like his, had just exploded. (After coming home from participating in a nine-month youth group, I'd enrolled in university.)

After reading and loving Douglas Adams' books, I lent them to a friend and... and... The friend refused to give them back. In his defense--. Sorry, no, there's no defense for this crime.

Thankfully, my boyfriend, now husband, had the books. Did I marry him so I could re-read the series?

Next year my husband and I will celebrate our 30th anniversary. And I just re-read the first book in the series. So, no. I married him for love not books. 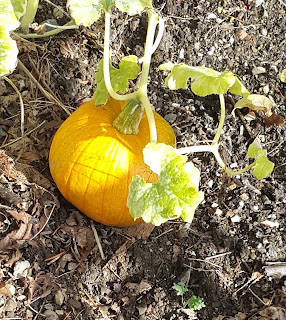 On this blog in October

Congratulations our blog is eleven years old. I write "our" and I mean "our". I firmly believe
that his blog wouldn't exist without the two of us, dear reader. It needs both writer and reader.
Thanks to your support, I enter this year of blogging with newfound confidence and focus.
Once upon a time, I wanted someone to publish me--anyone.
Now I know the publishing house I want to work with and I'm prepared to move heaven and earth to make that happen.
When this blog was young I met a blogger who had a million-page-view blog. I was in awe.
If someone had told me, back then, that this blog has the potential to become a million-page-view blog I would have thought that they were either being very kind or were deluded. Regardless of their intention, I won't have believed them. However, we are mere days away from achieving 800,000 page views. A mere 200,000 page views away from the world-shattering goal. Next year one million.
I'm beginning to believe that with your support anything is possible.
I look forward to spending another year with you.
Posted by Author Leanne Dyck at 4:39 PM