Update:  The Birth House is being adapted for TV.

A sturdy square oak rocking chair with padded seat and back took pride of place in my grandparent's living room. The plaque, engraved in Icelandic, was from a grateful community to its midwife, my great grandmother.
In 2007, when I traveled to Iceland, I learned that my great grandmother had studied--much like a doctor or nurse- the healing science in Akureyri (a seaside city in northern Iceland) before she immigrated to Canada in the 1800s. 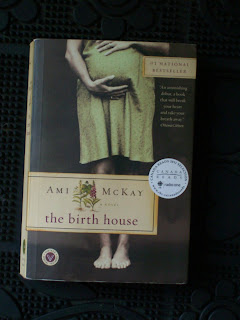 I purchased my copy from my local bookstore--Books on Mayne

Published by Vintage Canada, a division of Random House of Canada
Published in 2006

Set on Canada's east coast, The Birth House chronicles the life of Dora Rare. Dora comes of age, tagging after her brothers, during the First World War. Marie Babineau--Miss B--admires Dora's strength of character and teaches her the ancient healing science of midwifery.

There is much to admire about this well-crafted book:  the poetic language, the captivating plot, the immersive historical backdrop, the characters that breath on the page, the...

'The Birth House also includes many design elements within the text of the book, including advertisements, invitations, old news clippings and an herbal notebook--all circa World War I.' -Ami McKay


'I know him, have always known him. Same as I know he doesn't like too much sugar, not in his coffee, not in a girl... Same as I know that tonight at midnight or half past one or whenever he sees that the rest of the Bay is asleep, [he] will make his way up the road to Spider Hill and lay his body next to mine again.' (p. 355)

Behind the scenes:  The Birth House (scroll to the bottom of the page) 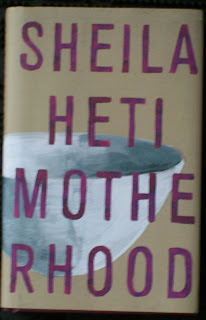 What to read after reading The Birth House?
Motherhood by Sheila Heti seemed the logical choice. Both books explore the role of women in society, both share a common theme--motherhood, both step outside the norm of the conventional book, both conclude... Ah, but to tell you more would spoil the suspense of waiting for my review.