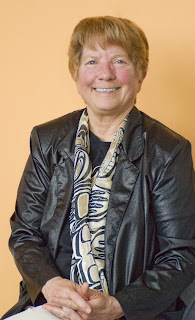 “Abandoning” a series is a harsh word. It sounds like an author tucked the books into a heated drop at a foundling hospital, or a love affair petered out. Maybe sales fell into the abyss.
I left my five-book series when I moved from the Nickel Capital in Northern Ontario to Vancouver Island in Canada’s Caribbean. Instead of using an amateur sleuth, I started a police procedural. Now three books in, I miss realtor Belle Palmer, and I don’t quite adore young RCMP Corporal Holly Martin (too callow for my sixty-seven-year-old tastes), but it’s been a good decision. Why change? Moving was only one part of the answer.
I need to live where I write, down to the last mosquito or banana slug. “Show me the landscape in which you live, and I will tell you who you are,” said Ortega y Gasset. The bitter cold and tormenting flies defined Sudbury. My nostrils and throat knew -15C from -25 or -35.  A spastic flicking dance pounding forest paths from May to August is now as foreign as the pungent esters of Deep Woods Off. I watch the fog roll in and out like Reddi-Whip, smell the brine and rotting kelp, and plunge my geocaching hand into a dark cleft in a cedar trunk (no poisonous snakes here) .
Second, my sleuth needed to lose a few decades. Starting out, I made her my own age.  Forty-five. Mellow and wise, but still in shape. When my first review mentioned “middle-aged Belle,” I said, “No way!” Later, while she was heading toward fifty, I felt sadistic putting her through the hellish perils of the final chase scenes, paddling a canoe, riding a snowmobile, and dodging bullets.
Third, challenges are stimulating. Anything which shakes an author out of ruts is good canon fodder. I had already welcomed two contracts for Orca’s Rapid Read books, 20K gems in simpler language with linear plots. Write normally, then hit the Hemingway key. Instant transposition. Some people have believed that joke, just like they ask where to buy a “bush poodle.” A fresh series would stretch my writing muscles.
With a few orphan standalones, I was also peeved at agents who scoffed at amateur sleuths. I was pitching a Utah book where a reporter found a body in a cave. “But why should she care?” the agent asked, barely old enough to vote. “Where’s the motivation?”
“And if I made the victim the sister of the reporter?” My eyes narrowed.
“That would be better.”
No such worries in a police procedural. Death knocks early, and it gets investigated. No sly inveigling of the amateur sleuth tootling around on her own, notebook tucked in pocket, boyfriend- or father-connection to the police for inside information.
Even before I left Ontario, armed with a few maps, I started my Holly Martin series. Holly would be a staff sergeant….in a outlier detachment of three. Intimate. No pesky bureaucracy. Then I arrived at the island and learned the facts. Holly needed a staff of at least fourteen! Without even a single act, my new girl was demoted to Corporal. Worse yet, she wouldn’t get to investigate murders. Inspectors would be called in from the city, shoving her aside.
But authors love to find “a way around.” Holly could discover “suspicious” deaths that looked like accidents or root around in cold cases. A key suspect, a friend perhaps, might be innocent. And she could continue to follow the ongoing hunt for her mother, who disappeared without a trace ten years earlier.
As a bonus, I’m having fun with titles, leaving the “are Murder” list behind. After Northern Winters, Blackflies, Bush Poodles, and Memories, I was running out of ideas. My spooky new titles come from Victorian poems: And on the Surface Die, She Felt No Pain, and the latest, Twilight is Not Good for Maidens. The last comes from a children’s poem called “Goblin Market,” with little girls trading their golden curls for the forbidden fruit of forest homunculi. A vampire tease? No more than “BUSH” poodles attracted Republicans in 2003.
Holly will have to grow on me. I was thirty two once, short on experience but long on strength and willingness to learn. That readers like her is the first step. And as for Belle Palmer, she’s alive and well in a parallel universe, along with my beloved German shepherd Freya and my father born in 1910. 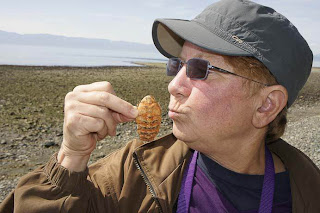 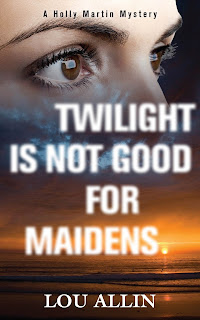