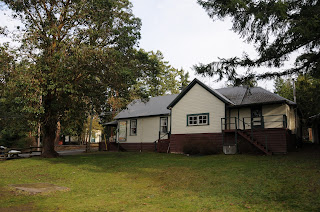 If you weren't at the Ag Hall on Mayne Island then you really missed out. All who attended had a grand time.
Ty Binfet, director of Rest-Q Animal Sancturay, kicked off the evening by thanking the audience for attending and the volunteers for participating. Then he spoke to us about the animals he cared for:  the three-legged dog and the thirteen cats, to name but a few. Rest-Q provides a home for animals from near and far--for animals who come from neighbouring islands, provinces, and countries.
At the conclusion of his brief speech, Ty was given a cheque for one thousand two hundred dollars by the organizer of the fundraiser Nan Johnston. 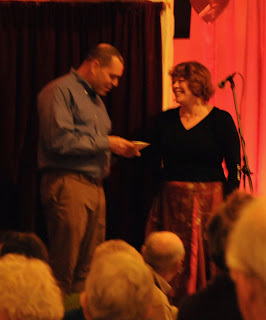 Then to thunderous applause, Bob Connolly joined Nan on stage. 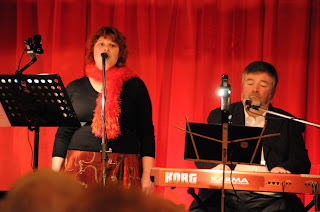 The singing group 'Nan and Bob' is very popular on Mayne Island. The duet wrapped the room in a warm blanket of nostalgia. They sang favourites from the 40s, 50s, and 60s. Who could resist singing along? Not me.
Carol Barker joined them on stage to tinkle the ivories on her keyboard. 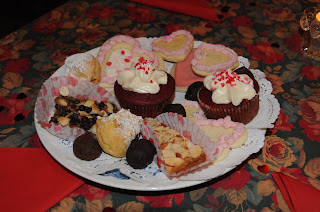 Later during intermission, she played the harp while we munched delicious deserts. I tell you, Mayne Island is one classy place. Sam Israel played his classical guitar during the intermission as well.

I tried to ignore the urge as long as I could but finally succumb and leaped on the stage. I tried to entertain the audience with my rendition of "Hello, Dolly". 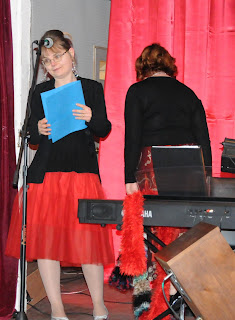 Thankfully, Nan was there to stop me. She handed me a folder and told me to read not sing. So, I read two poems:  one by Elizabeth Barrett Browning and one penned by yours truly. 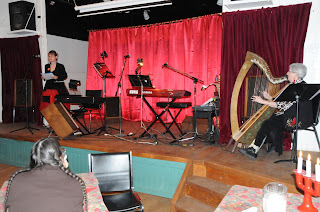 You didn't know I was a poet? Well, neither did I.
When I was done, Nan and Bob once again graced the stage with their melodious tunes. Their hard work earned them a standing ovation.

So, I ask you, where will you be next year?