Talent: Have It Your Way
I once read that within five years of completing their degree only ten percent of MFA grads are still writing. I may be wrong—I’ve never conducted a study—but if I were to guess, I’d say most of those writers gave up because somehow, battered by poor sales, a harsh inner editor or snide remarks from others, they concluded that they had no talent.
MFA grads are by no means the only writers who experience these jags. I’ve lost count of the gifted authors who’ve wondered aloud about whether they had talent, their confidence pummeled by rejection, poor sales, a bad review. I’ve struggled with the question myself.
Talent is a slippery, indefinable thing. If we can’t define it, how do we know what it is?
What is talent, anyway?
The problem is, the definition is subjective and depends largely on values and taste. To some, talent means that an author writes lyrically or wins literary prizes. For others, it’s all about taut plotting or monster book sales. Even these definitions are vague. Which prize must an author win? An online contest? The Pen/Hemingway Award? The Pulitzer? How many books must an author sell? 10,000? 100,000? 1 million? 50 million?
Stephen King defines talent this way: “you wrote something for which someone sent you a check . . . you cashed the check and it didn't bounce . . . you then paid the light bill with the money.” Considering that a light bill can be as low as $10, I applaud his generosity.
But what does King’s monetary criteria say about a writer like John Kennedy Toole, author of the posthumously published masterpiece A Confederacy of Dunces?
The editors at Simon and Schuster admired Toole’s writing, yet ultimately rejected his novel, because, as one of them put it: “your book isn’t really about anything.” In 1969, after several failed attempts to revise his unpublished book, Toole committed suicide.
If we can’t define talent, how do we know if we have it?
If publishing success equals talent, then Toole, who couldn’t find a publisher for his novel, had no talent—at least not in his lifetime.
But wait—
After Toole’s death, his mom passed the manuscript to the novelist Walker Percy, who shepherded the novel through publication. In 1981, A Confederacy of Dunces won the Pulitzer Prize. The book has sold 2 million copies and been translated into 18 languages.
So Toole had—what?— posthumous talent? This anecdote might be humorous, if not for the fact that so many writers buy into this or other equally spurious definitions of talent.
Who but artists are judged on the basis of whimsy or taste? No wonder we’re insecure.
One Percent Inspiration, Ninety-nine Percent Perspiration
Thomas Edison said: genius (talent) is one percent inspiration—ninety-nine percent perspiration.
Not all of us are inspired, surely not always. And genius, it’s commonly assumed, is a birthright, beyond our control. Perspiration, on the other hand, we control. Equating talent—or genius—with hard work motivates me; it puts me in charge of my future.
One of my grad school professors told this story: the admissions committee, having reviewed the application of one candidate, was about to reject her. The woman, they felt, had no talent. Surely, she would fail. Maybe because there were not enough candidates that year, they gave her admission.
This woman, this no-talent writer, wanted success, and she wanted it badly. For three years, she busted her butt. And what happened? She emerged as the finest writer in the program.
“If you have energy but no talent, you can still be a prince.” Jeffrey Archer
Natural ability—deep insight, a facility with language—may shoot a determined, hard-working writer into the stratosphere. But even a brilliant writer, if lazy, is doomed to fail.
Next time the demons arise, remember this advice from bestselling author Jeffrey Archer:
“Never be frightened by those you assume have more talent than you do, because in the end energy will prevail. My formula is: energy plus talent and you are a king; energy and no talent and you are still a prince; talent and no energy and you are a pauper.”
We may never reach the heights of Stephen King, John Kennedy Toole or Jeffrey Archer. We may not want to, either. If talent is subjective, and I believe it is, then we can define it on our own terms. No reason to accept or internalize the beliefs or criticism of others. They’re often wrong anyway. The critics panned James Joyce’s masterwork, Finnegan’s Wake. Today, it’s considered a giant in the literary cannon. Yes, critics are often wrong.
This, to me, is tremendously freeing. I’ll stick with Edison’s vision of talent. Inspiration may come. But I’m not holding my breath. I’d much rather roll up my sleeves and dig in!
How do you define talent? 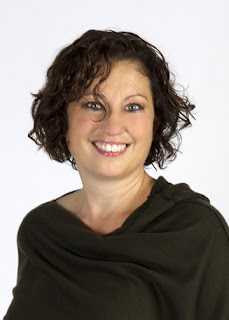 About Terri
Terri Giuliano Long has written news and features for numerous publications, including the Boston Globe and the Huffington Post. She lives with her family on the East Coast and teaches at Boston College. Her debut novel, In Leah’s Wake, began as her master’s thesis. 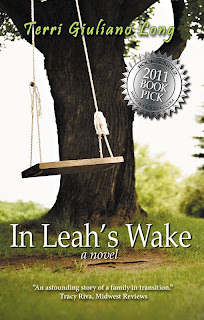 About In Leah’s Wake
A Story of Love, Loss, Connection, and Grace

The Tylers have a perfect life—beautiful home, established careers, two sweet and talented daughters. Their eldest daughter, Leah, is on track for a prestigious scholarship. Their youngest, Justine, more responsible than seems possible for her 12 years, just wants her sister's approval. With Leah nearing the end of high school and Justine a seemingly together kid, the parents are set to enjoy a peaceful life...until Leah meets Todd, a high school dropout and former roadie for a rock band.

As Leah's parents fight to save their daughter from a world of drugs, sex, and wild parties, their divided approach drives their daughter out of their home and a wedge into their marriage. Meanwhile, twelve-year-old Justine observes her sister's rebellion from the shadows of their fragmented family—leaving her to question whether anyone loves her and if God even knows she exists.

Can this family survive in Leah's wake? What happens when love just isn't enough?

***
Margot Livesey, award-winning author of The Flight of Gemma Hardy, calls In Leah's Wake, "A beautifully written and absorbing novel."

Praise for In Leah’s Wake
“In Leah’s Wake is an astounding story of a family in transition.”
--Tracy Riva, Midwest Reviews
“Pulled me right along as I continued to make comparisons to my own life.”
--Jennifer Donovan, 5 Minutes for Books, Top 50 Book Blog
“Multiple ripples of meaning contribute to the overall intensity of this deeply moving psychological drama.”
--Cynthia Harrison, author of Sister Issues
"Sometimes scary, sometimes sad, and always tender."
-- Susan Straight, National Book Award finalist, author of Take One Candle Light A Room