Book Review: From the Ashes (memoir) by Jesse Thistle 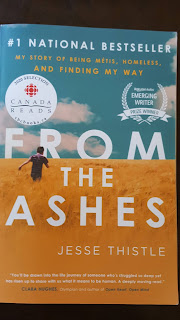 I saw him on the street. He smiled and I smiled back.

"Thank you," he told me. "All I want is to be treated like a human being. Most people hurry past as fast as they can. They don't even want to acknowledge me."

I walked away thinking how did he end up on the street? What would he have to do to get off of them?

In his, at times brutally honest, memoir Jesse Thistle gives a voice to the homeless.

How did Jesse wind up on the street?

It was a combination of things--home life, school environment, but I think the answer could be boiled down to one conversation. Jesse is told, by a friend, '"You're just a dirty Indian."'and '"You'll probably die drinking like they all do."' (p. 86-87) Faced with this prejudice, the words vibrated in his skull and he was unable to shake them.

What brings him home?

It was only when Jesse lost everything that he was able to start to rebuild himself. An important step in rebuilding himself was learning the truth about his ancestors. They were chiefs, political leaders and resistance fighters. People to look up to and admire.

What keeps him home and away from the streets?

Jesse writes of his wife Lucie:  'When I am lost at sea and drowning, her arms rescue me.' (p. 341)
From the Ashes is not an easy book to read. Some passages are downright depressing, but I strongly recommend this book. You'll learn about struggle, resilience, and triumph. 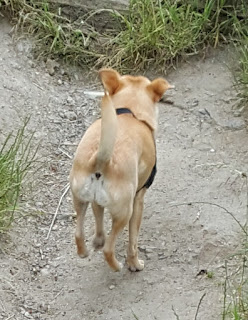 Next on this Blog

Encouraged by your support of A Woman Like Her
Part one
Part two
Part three
Part four
Part five
Part six
and your interest in Feeling Groovy
Part one
Part two
Part three
This summer, I'll treat you to the extended version of Feeling Groovy--starting Sunday, July 11. I'll continue to add to the story twice a week--Sunday and Wednesday.
My only question is, "Are you ready for the summer?" 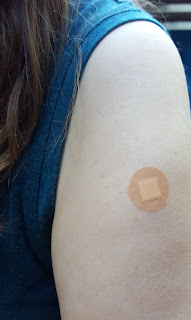 It's time to celebrate
I'm fully vaccinated
photo by bdyck

With one manuscript in my beta's reader's hands, I've turned my attention to another one.
What I envisioned for this manuscript was a little light polishing. Humm, yeah--not.

'It's so hard to delete huge chunks of a manuscript... How awful to feel you've lost hours (or weeks) of precious writing time! But I learned that it's always worth it.' Ashley Audrain, The Push

My completion deadline for this manuscript is September. However, I've set this deadline and can easily re-set it if the manuscript requires more time. My goal is, as always, to give the manuscript as much time as it needs.