10 favourites from my bookshelf by Leanne Dyck 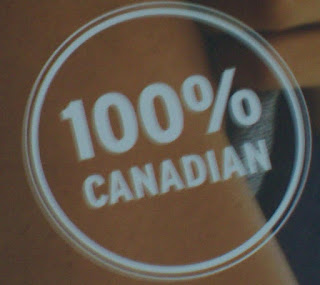 These old friends have been on my bookshelf for years. It's time that I share them with you.


10 of my most favourite books by Canadian authors 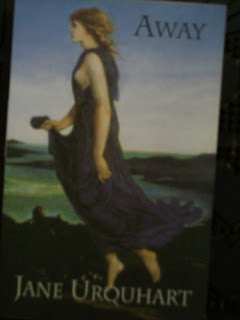 A stunning, evocative novel set in Ireland and Canada, Away takes a family's complex and layered past. The narrative unfolds with shimmering clarity, and takes us from the harsh northern Ireland coast in the 1840s to the quarantine stations at Grosse Isle and the barely hospitable land of the Canadian Shield; from the flourishing town of Port Hope to the flooded streets of Montreal; from Ottawa at the time of Confederation to a large-windowed house at the edge of a Great Lake during the present day. Graceful and moving, Away unites the personal and the political as it explores the most private, often darkest corners of our emotions where the things that root us to ourselves endure. 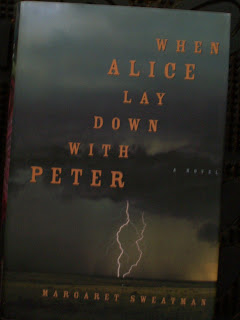 
Alice falls in with Peter in Orkney in the 1860s and pursues him to the New World. They join the rebellion against the Canadian acquisition of Manitoba and fight on the side of the charismatic Metis leader, Louis Riel. While not Metis themselves, they prefer the company of rebels and outcasts to the men who are invading from the east. Alice participates in the political execution of Thomas Scott, an odious Orangeman who is determined to destroy Riel and crush his followers. Thereafter, she is haunted by Scott's ghost.

Alice lies down with Peter in a storm of lightning and hail, the catalyst for the conception of Blondie, the wry narrator of the novel. Blondie lives for 109 years--much of it in love with Eli the buffalo-hunter-turned-singing-cowboy--and her tale covers four generations, three wars, two rebellions, a couple of labour strikes, and countless insurrections, both political and domestic. She experiences many losses over the years, losses that belong to us all:  the extinction of the buffalo; the deminishment of the environment; and the inevitable attribution of loved ones. 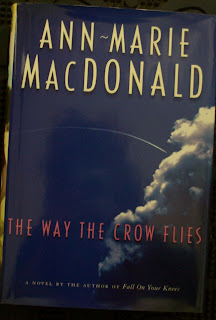 
In The Way the Crow Flies, Ann-Marie MacDonald takes us back to a post-war world. For Madeleine McCarthy, high-spirited and eight years old, her family's posting to a quiet air force base in Ontario is at first welcome, secure as she is in the love of her family, and unaware that her father, Jack, is caught up in his own web of secrets. The early sixties, a time of optimism infused with the excitement of the space race and overshadowed by the menace of the Cold War, is filtered through the rich imagination of a child as Madeleine draws us into her world.

But the base is host to some intriguing inhabitants, including the unconventional Froelich family, and the odd Mr. March whose power over the children s a secret burden that they carry. Then tradegy strikes, and a very local murder intersects with global forces, binding the participants for life. As the tension in the McCarthys' household builds, Jack must decide where his loyalties lie, and Madeleine learns about the ambiguity of human morality--a lesson that will only become clear when the quest of the truth, and the killer, is renewed twenty years later. 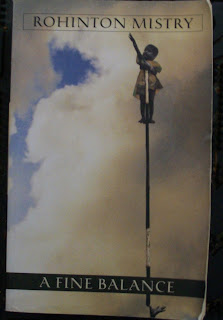 
A Fine Balance, Rohinton Mistry's stunning internationally acclaimed bestseller, is set in mid-1970s India. It tells the story of four unlikely people whose lives come together during a time of political turmoil soon after the government declares a "State of Internal Emergency". Through days of bleakness and hope, their circumstances--and their fates--become inextricably linked in ways no one could have foreseen. Mistry's prose is alive with enduring images and a cast of unforgettable characters. 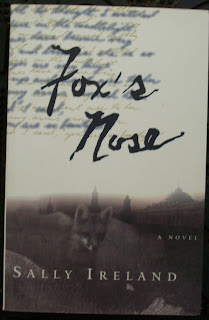 
At Lisli Nos, or Fox's Nose, a farm in British Columbia's Fraser Valley, in a wintry attic on Christmas night, a girl named Julia makes love with her children. Afterwards she discovers a grubby exercise book in a trunk--her grandmother's diary of the Siege of Leningrad. She becomes obsessed by the account of the privations her family endured and of their encounters with enemies, both from beyond the city limits and within their own psyches.

Back in Vancouver during the months that follow, the past exerts a continuing and potent force on Julia's schoolgirl life as she and her German friend, Ursula, create a play about the siege for drama class. Meanwhile, Ursula's troubled brother, Willi, looks on from the wings waiting for an opportunity to perform his own destructive role in what proves to be a replay of the violence that so harmed their parents' generation. 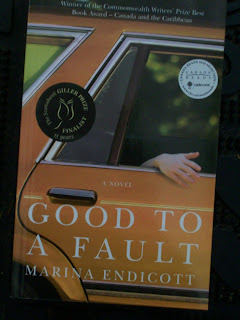 
In a moment of self-absorption, Clara Purdy's life takes a sharp turn when she crashes into a beat-up car carrying an itinerant family of six. The Gage family had been travelling to a new life in Fort McMurray, but bruises on the mother, Lorraine, prove to be late-stage cancer rather than remnants of the accident. Recognizing their need as her responsibility, Clara tries to do the right thing and moves the children, husband and horrible grandmother into her own house--then has to cope with the consequences of practical goodness.

What, exactly, does it mean to be good? When is sacrifice merely selfishness? What do we owe in this life and what do we deserve? 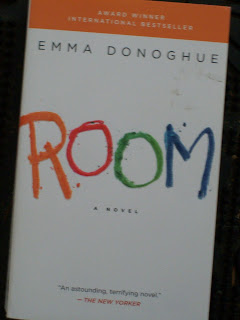 
It's where he was born. It's where he and Ma eat and sleep and play and learn. But to Ma, Room is the prison where she's been kept since she was nineteen--for seven long years. Through her fierce love for her son, she has created a life for him in this eleven-by-eleven foot space. But these walls can't hold them forever... 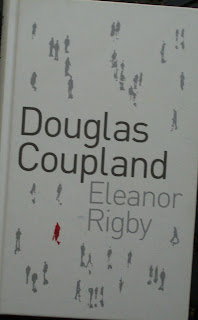 
Liz Dunn is 42 years old, and lonely. Her house is like 'a spinster's cell block', and she may or may not snore--there's never been anybody to tell her. Then one day in 1997, with the comet Hale Bopp burning bright in the blue-black sky, Liz receives an urgent phone call asking her to visit a young man in hospital. All at once, the loneliness that has come to define her is ripped away by this funny, smart, handsome young stranger, Jeremy. Her son. 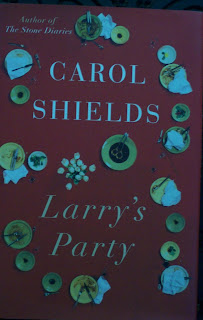 
Larry Weller, born in Winnipeg in 1950, is like a lot of people. He's never really liked his first name; 'its Larryness has always seemed an imprisonment and a sly wink toward its most conspicuous rhyme:  ordinary... He was just one more citzen of the Larry nation, those barbecuers, those volunteer firemen, those wearers of muscle shirts.' But Larry Weller is an ordinary guy made extraordinary by his creator's perception, irony, and tenderness. Carol Shields gives us a resonant and unforgettable portrait of a man--a sensuously detailed CAT scan of his life. In episodes between 1977 and 1997 that flash back and forward seamlessly, Larry emerges from a dreamy adolescence equipped with a Floral Arts degree from Red River College and journeys towards the millennium. Among all the paradoxes and accidents of his existence, he moves through the spontaneity of the seventies, the blind enchantment of the eighties, and the lean, mean nineties, adapting a society's changing expectations of men. Shields' elegant prose turns the trivial into the momentous as we follow Larry through the tribulations of two marriages and divorces, his relationship with his parents and their private tragedy, the birth of his son, the development of his career as a landscape gardener, and his agonizing mid-life crisis.And throughout, we witness his deepening passion for garden mazes--so like life, with their teasing treachery and promise of reward. From the moment that he first recognizes the man he could be, through to the completion of his quiet, stubborn search of self. Larry's Odysessy mirrors the male condition at the end of our century with targeted wit, unerring poignancy, and faultless wisdom. 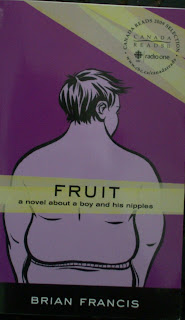 Fruit:  a novel about a boy and his nipples
Brian Francis
2004
ECW Press
fiction
buy this book


Peter Paddington is a 13-year-old, fat, gay cross-dresser with two selfish, annoying older sisters and an overbearing mother. But his biggest problem is that his nipples keep threatening, cajoling, and teasing him--out loud (or so he thinks). 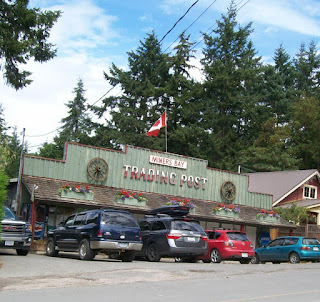 What's it like to love to tell stories and live on a small island where the opportunity to tell those stories may be few and far between. Well... 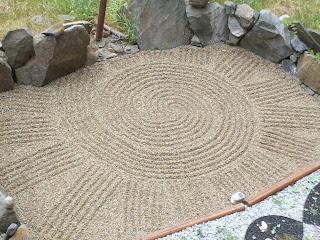 
Sometimes a fine line arrives without a story.
Example...
'It's as useful as wearing sandals in a snowstorm.'
See if you can weave it into a sentence.