Book review: The Lotterys Plus One by Emma Donoghue (middle grade)

Following her popular novels Room (a story told by a 5-year old narrator) and The Wonder (the plot revolves around an 11-year old), Emma Donoghue has written a middle grade (for children ages 9 to 12 years of age) novel.

The chapters are rather long and the novel is jammed-packed with characters but...
The narrator's voice is strong and unique. The plot well-planned. The ending satisfying. 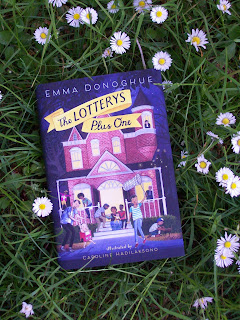 Buy The Lotterys Plus One by Emma Donoghue

The Bobbsey Twins series revolved around two sets of twins (aged 6 to 12 years old). The books were written from 1904 to 1979 and the stories reflect on the time as filtered through family life. The Lotterys Plus One is The Bobbsey Twins for the 21st century. The marginalized (those in the minority) have become the majority. The story comes complete with an angry old white guy.

Two couples--two guys and two women--have a baby, Sic. And, after finding a winning lottery ticket, they don't stop with one. They fill a large house with a ton of children. Sumac (9 years old) the middle child, is the protagonist. Some middle children feel overlooked but not Sumac. She is key to the smooth running of the household--as are all the children. The family is happy and well-adjusted. Enter the angry old white guy.

Message:  The Lotterys Plus One stresses the importance of family--how ever you define it.

The Next Chapter's interview with Emma Donoghue. 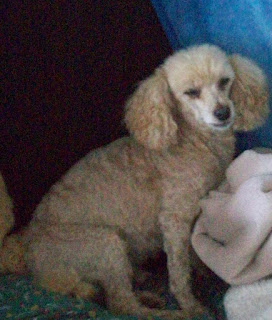 Next Post:  Sunday, June 4 (published at approximately 5 PM PT)
I comment about a topic near and dear to my heart--dyslexia.