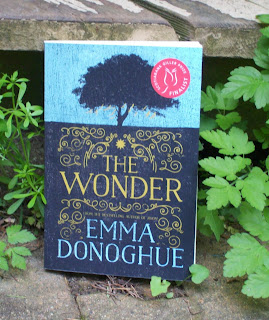 Buy The Wonder by Emma Donoghue

When word spreads that an 11-year-old girl (Anna O'Donnell) is living on one spoonful of water a day (and mana from heaven) two nurses are sent to bear witness. Sister Michael is an Irish Roman Catholic nun from the order of the Sisters of Mercy (called the walking nuns because they walk out into the world to give service to the sick, the poor and the uneducated). She provides an interesting foil to the protagonist Elizabeth "Lib" Wright--an English protestant.

Foil:  'a character who contrasts with another character--usually the protagonist--in order to highlight particular qualities of the other character.' -Wikipedia

Lib served in the Crimean War under the founder of modern nursing Florence Nightingale. And, I think it is fair to say, is prejudice against the Irish--at least at the beginning of the novel. This adds tension to several scenes.


What drew me to this book?


1. The Wonder was nominated for a Scotiabank Giller Prize (2016)

2. After reading Room (a story narrated by a five-year-old boy), I became a devoted fan of Emma Donoghue

The connection between Rumpelstiltskin and The Wonder

In Rumpelstiltskin, the boast is that a girl can spin straw into gold.

In The Wonder, the claim is that a girl can live on water (mana from heaven) alone.

In The Wonder, a girl attempts to guess her nurse's name.

If the idea of fairy tales influencing modern novels intrigues you here's a link to other novels that you may enjoy reading. 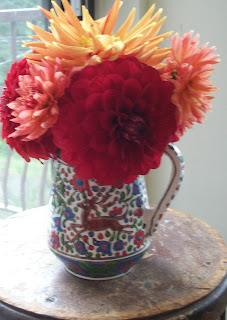 A mother's work is endless
Joys are far too few
One joy is to see you happy
So smile, darn you

Next post:  A Writer's Dilemma (a poem about the writing life that was inspired by the children's picture book It Looked Like Split Milk and the rock band The Who's song Who Are You?)
Published:  Sunday, May 21 at approximately 5 PM PT