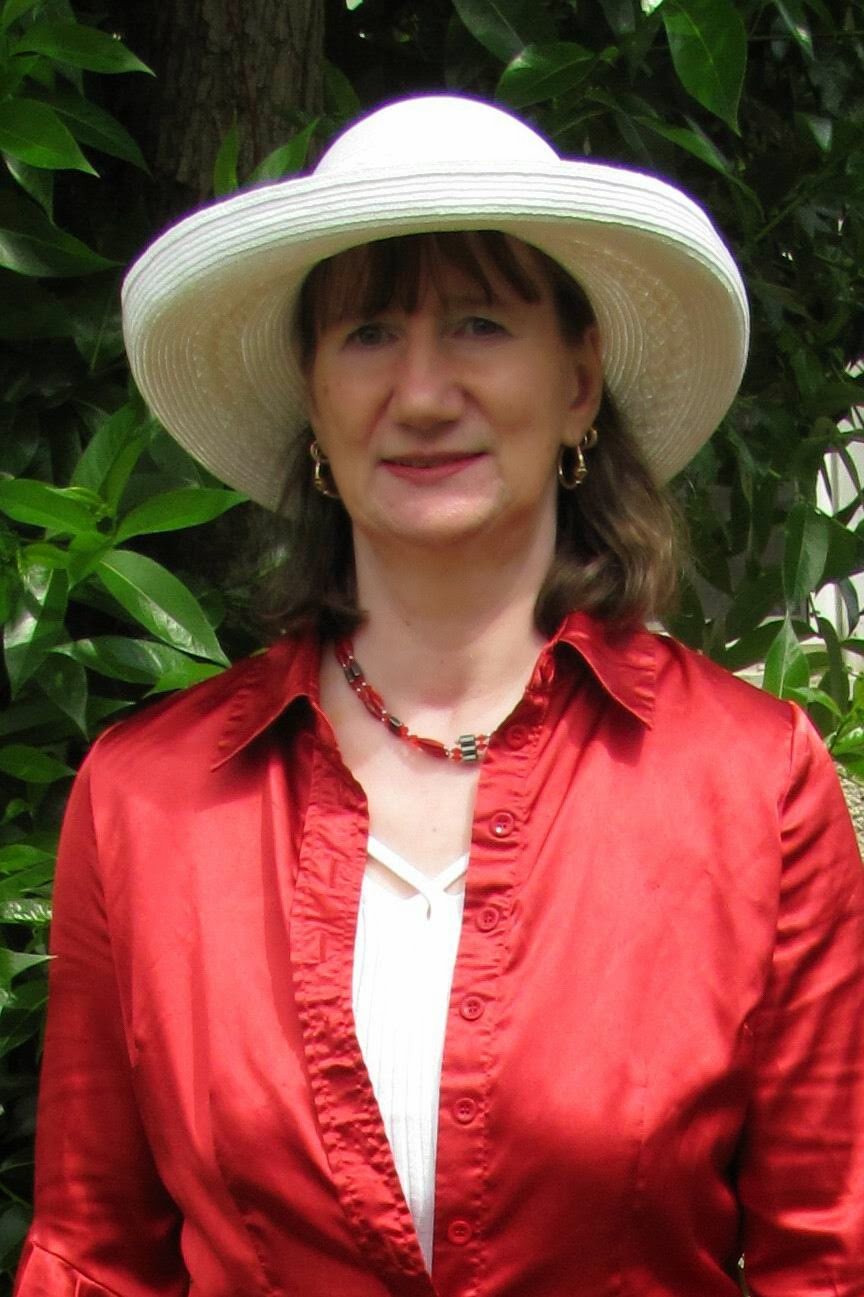 My favourite books to read have always been mystery novels and after ten years spent travelling and writing the seven books of my Backroads Series, I decided to write a mystery. Since one of the mantras of writing is to write what you know I made my main character a travel writer. In 'Illegally Dead' Elizabeth Oliver was headed to southern Alberta to do research for a magazine and was drawn into the mystery of a skeleton found in a septic tank. When I was finished I sent it out to a few publishers. One wrote back that they liked it but my travel background was coming out and I had too much travel information in it. I was asked to remove some. So I did and resent my manuscript. Again, I was asked to cut back on the travel info. Again I did. The third time I was told that this was a mystery and I should stick with the mystery and leave out the travel stuff. I wrote back and said that the main character is a travel writer and is working on an article. She is not going to drop that and concentrate on the mystery. So needless to say we parted ways.
I sent out the manuscript again and another publisher said they were interested in publishing it. They had one stipulation and that was that I should add in more travel information.
I sent the second manuscript titled, 'The Only Shadow In The House', to the same publisher. After about a five month wait I received a letter that told me the publishing house had been bought out by another one and that my manuscript and all my information had been sent to them. I waited a few  months then emailed the new publisher to find out what was happening. A couple of days later I received an email stating that they had no record of my manuscript. My heart sank. But a few days after that I received an email from another editor at the publishing house that they had found my manuscript and they wanted to publish it.
However, in the time between that email and the publishing date for my novel, the publishing house was sold again. The new owner was going to honour my contracts, but in the future wasn't going to publish mysteries. I knew there was no use sending, 'Whistler's Murder', the third manuscript of what I was calling The Travelling Detective Series to that publisher and after checking around I sent it to Books We Love Ltd. They immediately accepted it and e-published it. After two years of talking with my old publisher I was able to get the rights to my first two novels of the series and now all three are published with Books We Love Ltd. as e-books.
This fall Books We Love Ltd. decided to bring many of their e-books out in print and my series is now available in a boxed set through Amazon or through me at mjyarmey@yahoo.com. This is a captivating mystery from new-to-me author Joan Donaldson-Yarmey.  Illegally Dead is the first book in a series that also includes The Only Shadow in the House and Whistler's Murder.  This book is not only a murder mystery but also a travelogue of the Crowsnest Highway in Southern Alberta.  I have actually never been to this area so that aspect of the book was incredibly interesting to me.  Who wouldn't want to learn more about a place called Head Smashed In Buffalo Jump. And it was interesting to learn the story behind the name of the city of Medicine Hat.
Besides all of the interesting travel information there is a riveting mystery that kept me guessing until the conclusion.  The story abounds with interesting characters.  I love that older people were consulted when our sleuth and travel writer Elizabeth Oliver was conducting her research...people often forget that the older generation has plenty of stories to tell and have often kept quite a few secrets over the years.
Great Canadian mystery!!! I'm looking forward to reading the next two books in the series.
Kathryn Poulin
MysteriesEtc

The Only Shadow In The House
I like how author Joan Donaldson-Yarmey sets her books in obscure places in Alberta.  This time it is Redwater...a small town outside of Edmonton that not many people have heard of...I only have because the company I worked at for many years built a cogeneration plant there.  This is the second book in her Sumach Travel Mystery series.  It is an enjoyable read particularly if you want to learn more about Alberta.  The author is a travel writer and her experience and expertise about the area shines through.
Good story filled with interesting characters. The mystery had me guessing until the end. I'm looking forward to the next Elizabeth Oliver adventure.
Kathryn Poulin
MysteriesEtc

Hi Joan;  I’ve been wanting to tell you that I absolutely love your book – The Only Shadow In The House. I have a hard time putting it down and find I am reading too late into the night! I am almost finished it. I cannot wait to find out who is responsible for the other murder. It’s an excellent book that is so full of suspense! I can’t wait for your next one. Marie K

I really like your Traveling Detective books and just wondering if there is a fourth book out?
Thank you
Maureen

Hi Joan, I took the Kindle version of  Whistler’s Murder with me on holiday and really enjoyed it. The perfect mystery beach book! You have likeable, resourceful characters and kept all the threads of a pretty complicated plot woven together nicely. Sherry

Dear Joan,
I met you when you were in Lethbridge at Chapters signing books. I just finished Illegally Dead last night and I have to say I LOVED IT!! If you continue to write like this you will go very far with your talent. It grabbed me from the first paragraph and wouldn't let go..LOL I have told a lot of people they should go and buy this book as it is SO good. Even though I just finished reading it.. I want more!! Loved the characters.. especially the twists and turns especially the final chapter. Please keep me informed as you write more!
Your new friend and number 1 fan!
Karolee

Joan,
I have just finished reading your second book and I have to say it was GREAT! Quite possibly better than the first one..LOL  The sad thing is now I have to wait for the next one ..LOL But I am patient
Karolee

I finished the book last night. It was a really good read. Kept me guessing right up to the end. Joan
did a really good job. Waiting for the next one. Gwendoline
They are a great series. I loved every one of them.
Gwendoline

Hey there
- I received the book last week and have read it and I’m impressed. You should be very proud of yourself – you’ve come such a long way as a writer. I think you have a series on your hands there. Maybe you’ll get your series on TV when you’ve got a few more under your belt!  Cheers and congratulations!  Sylvia

Hi Joan - I just finished your book and really, really enjoyed it. Hurry up with the second one please! Judith
Posted by Author Leanne Dyck at 8:52 AM