Alexandra Bogdanovic was born in Bronxville, N.Y. and grew up in Greenwich, Conn.  She knew she wanted to be a reporter at age 12, and received her first byline in the Greenwich Time when she was a high school freshman.  By the time she graduated from the Convent of the Sacred Heart in 1987, she’d been covering high school sports for a daily newspaper for four years.
In 1991, Bogdanovic graduated from Manhattanville College in Purchase, N.Y., with a Bachelor of Arts in English with a concentration in writing.  She officially began her journalism career as an editorial assistant at The Advocate in Stamford, Conn., soon after graduation.  After paying her dues at a daily newspaper, Bogdanovic decided to devote her efforts to community journalism in order to have a more direct and meaningful impact in the towns and villages where she worked.
Bogdanovic covered police, courts and municipal government at several weekly newspapers in the New York City suburbs from 1996 to 2003.  As a reporter for The Sound Shore Review, she received recognition from New York Press Association for a story about poor emergency response to a bomb threat at an elementary school.  One of her greatest challenges while working in Rye was covering the mutual aid response and local reaction to the Terrorist Attacks of September 11.
After receiving 10 Virginia Press Association awards for her work at a twice-weekly newspaper in Warrenton, Va., from 2004 to 2012, the veteran reporter returned to Connecticut, where she is now a freelance writer.
Strategic Book Publishing and Rights Agency published her first book, “Truth Be Told: Adam Becomes Audrey” in August 2012.
She enjoys spending her free time with family and friends, chilling with her cat, Eli and watching and photographing high-goal polo. 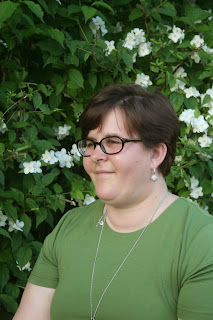 
I’ve been writing one thing or another for just about as long as I can remember. I knew I wanted to be a reporter by age 12 and got my first byline in a local daily newspaper when I was 14. I essentially did a four-year apprenticeship with that newspaper while I was in high school and a one-year college internship there.
I got my first “real” newspaper job after I graduated from college and devoted more than 20 years to a career in community journalism. Along the way I won 10 Virginia Press Association awards and one New York Press Association award, so I guess you could say I had a pretty good career…

That’s a long story. Basically, I met, fell in love with and married the man of my dreams in a fairytale wedding. Two years into my marriage I found out that he had a devastating secret, and immediately demanded a divorce.
As I told the story over the years, a lot of people said, “You’re a great writer – you need to write a book.” I took their advice and started writing my memoir in 2008. I landed a publishing contract shortly thereafter and the rest is history.

My first book, “Truth Be Told: Adam Becomes Audrey,” is my memoir. In it, I share the story I summarized earlier – how I met, fell in love and got married, only to find out that my husband self-identified as and planned on having surgery to become a woman. I also share what happened after I learned the truth.

It was published in the United States by Strategic Book Publishing and Rights Agency.

That’s a good question and I wish I had a good answer. As I said earlier, I’ve been writing “professionally” since I was in high school – so aside from baby-sitting and doing a few clerical jobs during summer vacations, I really can’t remember doing anything other than writing.

Wow. I think, like most authors, I draw inspiration from my life experiences and from the people around me. I know so many phenomenal people, it’s impossible not to be inspired by them.

Honestly, I think one of the best things any indie or self-published authors can do is support their fellow wordsmiths. If possible, make it a point to buy books by other self-published or indie authors. Barring that, participate in review forums or find other ways to help each other through social networking. Ultimately it’s not what you can get out of the situation that really matters – it’s what you give back.

Who cares if you are not a celebrity or you are not famous? You matter. Your story matters. Tell it. Don’t let anyone convince you that it’s not worthwhile. 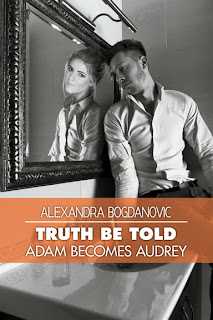 YouTube video about Truth Be Told
Posted by Author Leanne Dyck at 9:00 AM