THE ROAD TO PUBLICATION 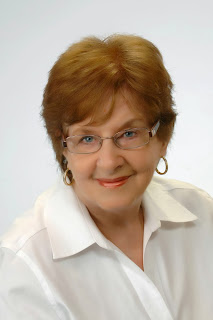 (Previously published in The Writer Magazine)

Like you, I started out as a story 'listener'. Both my parents were avid storytellers, and I needed only to hear the words, "I remember the time when..." to feel that rare and exquisite pleasure in the anticipation of a new story. The dark, scary ones were best - stories my father told of the man with the cloven foot who showed up at the card game, or the discovery of a young girl's body in the woods behind the school ... the town drunk found dead in the cemetery, his face as granite-white with frost as the tombstones surrounding him...

From the time I could find my way to the Saint John Library, I was a constant visitor. For me, the library was a magical place - a hushed, warm haven where, through the pages of a book I could travel to far off exotic places in my imagination. I could experience vicariously all the joy, romance, terror, tragedy and triumph of the characters in the stories.

Among my favorite authors were Mark Twain, Edgar Allan Poe, Charlotte Bronte, Shirley Jackson and Phyllis Whitney. Far too many to list here. I am forever grateful to them all, for it was through reading their works that the seed to be a writer was planted in me. I wanted to join the ranks of those authors who had given me so much pleasure, and in turn tell my own stories. I had learned about the power of words.

Reading is, of course, where it all begins for all writers. Although it might surprise you to know that a number of aspiring writers have told me they didn't have time to read. Or that they didn't read because they wanted everything in their own work to be totally original. Sadly, I don't expect to read much of their work in published form. So the first key to publication is to Read! Read! Read! Nothing you didn't already know. But it's true; we learn by osmosis. And we learn by doing.

When I first set pen to paper with thought of publication, I didn't know bad literature from good. I devoured it all, and learned from it all. I came across the True Confessions in the market section of a copy of Writer's Digest Magazine, and it seemed possible to me that I could write one. I was right. That first story was titled: I Didn't Kill My Husband, But I Might As Well Have. Pretty bad, I know. But looking at the models on the page portraying the characters in my story, not to mention my cheque for $125.00, I felt like I'd won the lottery. The only downside was that my name wasn't on my story. You don't get a bi-line from the confessions. The stories are supposed to be true. Or at least read like they're true. Everyone I wrote sold. I seemed to have a knack. But I never approached the writing of these little stories lightly, or with tongue in cheek; I always wrote from my heart, in all seriousness. When I could no longer do that, I stopped writing them.

My children were small then, three under six years of age, and I was squeezing in writing time when I could find it. Usually, in the evenings after they were in bed. (Ah, to be so young again! ) Later, I wrote while holding down a full-time job. You do what you have to do. John Grisham rose at 4:00 a.m. to get in his stint of writing before going off to his law office.

My second story, God's Special Gift, made the rounds for a time and finally sold to Home Life magazine in Nashville. It was about my grandmother, who died in a house fire when I was 15. Writing that story, albeit many years later, was very cathartic for me. And I got a bi-line. My work soon found its way into the now defunct, (unfortunate, because it was a fine magazine) Atlantic Advocate, both fiction and non-fiction, and various other magazines and newspapers.

Pregnant with my fourth child, I determined to pursue my lifelong dream of writing a novel. That summer, I sat on our back deck and read a stack of suspense novels of the sort I wanted to write. I reread Poe, Patricia Highsmith, Shirley Jackson and many of the new authors who were also becoming my favorites. In the fall, I began writing my own suspense novel, The Strawman. (Later Zebra Books would change the title to Listen to the Shadows.) I wrote it at our kitchen table in longhand, and the book took a long time to write. I worked on it off and on over a period of maybe four years.

Finally the novel was finished. I'd already gone through my Writer's Market, as well as checking out the books on the shelves of our local bookstore, and Zebra seemed right for The Strawman. I sent it off. It came flying back within a few weeks, but the attached slip of paper wasn't quite a rejection. Anne Lafarge, acquisitions editor at the time, had scribbled a note saying she liked the book, but it was too short. They needed 100,000 words; mine was about 75,000 words.

I settled down to work. It took another four months to add the other 25,000 words, which I did by weaving in a couple of subplots. In November I sent the manuscript off again, addressing it to Anne LaFarge. On the outside of the package, in bold black marker, I printed: Requested Material, just in case she forgot me, which I'm sure she did.

One day in February the phone rang. I knew intuitively that it was Zebra. They wanted to publish The Strawman. When my husband came home that night I was at the stove cooking spaghetti. He took one look at my face, and said, "You sold your book."

It was a dream come true. I felt weepy and humbled. And very happy 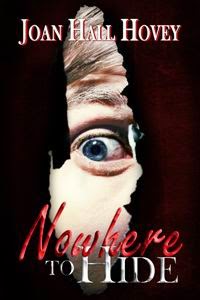 End of story? Hardly. I completed and sent out the third manuscript and it was returned. I was told Zebra was no longer publishing suspense. At least the kind of psychological suspense I like to write. More sex, they said. That sort of book had little appeal for me. And I'm convinced you should only write what you really want to write. Otherwise, it's just too damn hard. The moral of the story: You're never there. (Unless you're Stephen King, but he's a genius.)

Back to square one? Well, not quite. What I have now is a track record. Publishers tend to give my work a longer look before they turn it down. 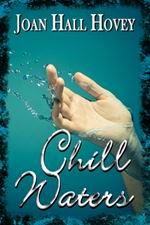 I thought your visitors might find this audio excerpt from ‘Chill Waters’ (winner of the Bloody Dagger Award) of interest.  Complete with music and sound effects, narrated by the author.

This is a precarious business, with no guarantees for any of us. So you must love the actual process of writing. In the end, the only thing we have any control over is the writing itself. It takes courage to be a writer, to put our work (ourselves) out there, never knowing if it will be praised or ridiculed. We must rise above the fear, and do what we know we can when all cylinders are firing.

So give that critical editor on your shoulder the bum's rush (He gets called in for work later.) and write your novel. Enjoy the writing; give yourself to it like a lover. Get out of your own way by focusing on the characters and their story. And know that you are not alone. All around the globe, at this very moment, writers are sitting at kitchen tables with pen and paper, or at their computers, struggling to write their own novels.

Lastly, no matter your genre, be it romance, mystery, horror or science fiction, go where the passion, the pain, is. Write with joy! And believe in yourself. No one can tell your stories but you. No one. And if you need a little inspiration, check out the books on my site. 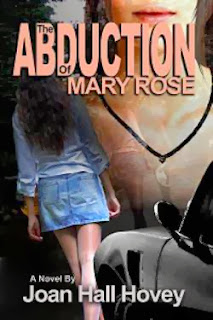 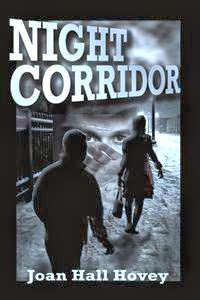 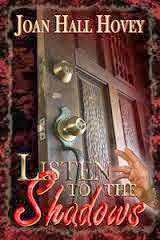 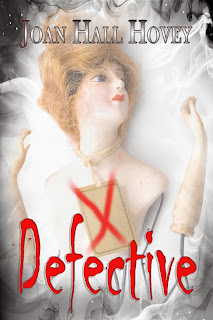