Christmas from Mrs. Claus's point of view--it's not pretty. 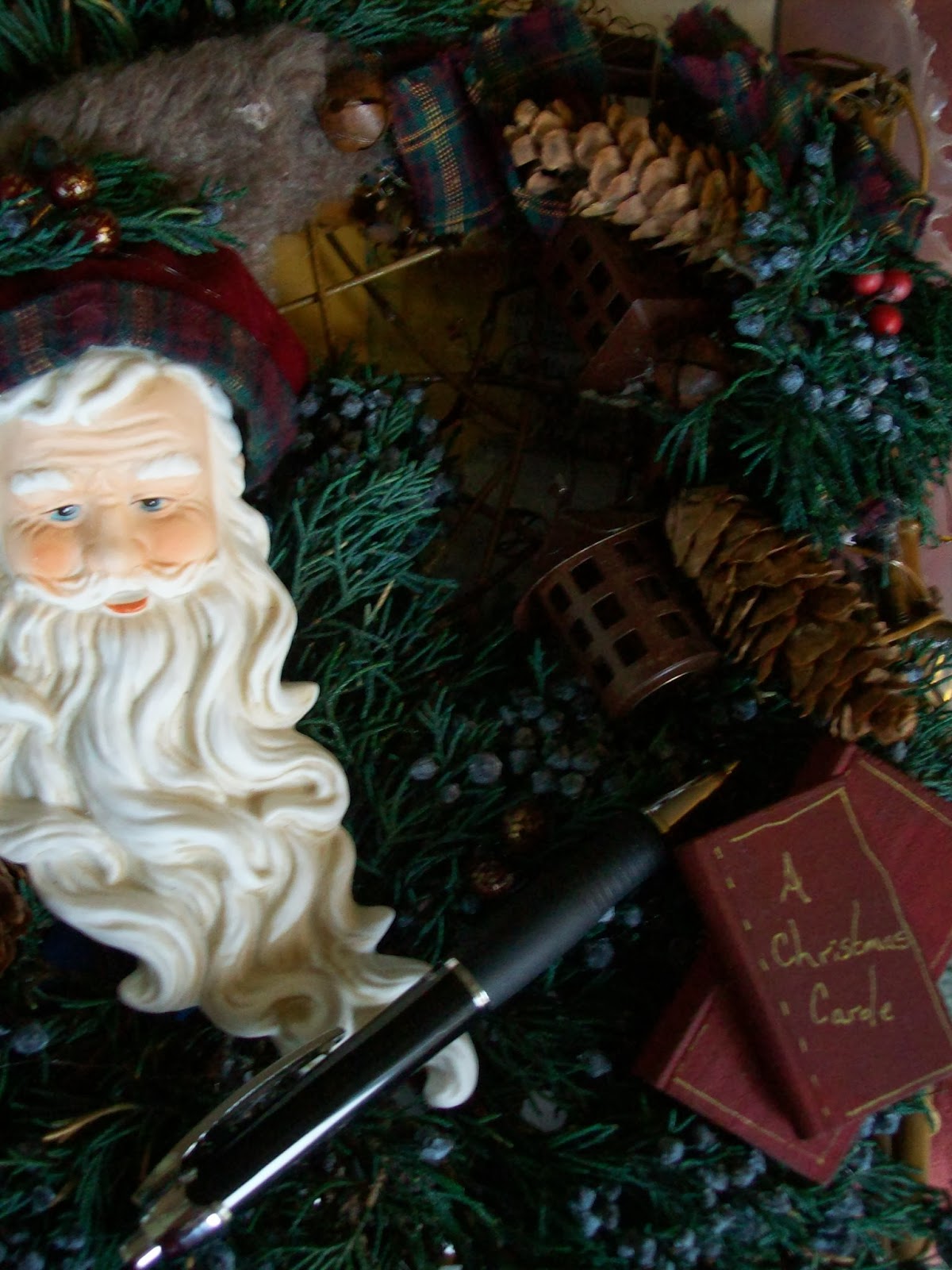 Some women go a little nuts when they've been rejected. And I guess that's what happened to me. But let me tell you he had it coming. I know you find that hard to believe. Just because he gives people things everyone thinks he's...um...er...he was prefect--but he was no saint. Not to me, at least. To me, he was just plain Nick. Yeah, he had his flaws. For one thing, he was a workaholic--him and all his little helpers. They spent endless days pounding away in that workshop of his. And he had this super-sized ego.

And he just loved that. He always pushed me to the back. I was left to feed the reindeer, repair the elves' clothing, make sure he was well-rested. And who do you think dealt with all those screaming kids? Me. That's who. And I never complained--not once.

Then... Then, every year, without fail, he'd come home, to me, late on Christmas day--his clothes all covered with ashes and soot. When I asked him where he'd been, how he'd gotten so dirty, he handed me some story about how he'd flown around the world--in one day. Yeah, like that's believable. But the kicker, the real kicker, was that he told me the reason his clothes were so dirty was that he slid down chimneys. Well, that was so ridiculous I almost laughed in his face. I mean you saw him. Do you think he could have fit in a chimney? With his gut, he would have gotten stuck. And I ask you, what's wrong with entering through the door--that's how everyone else does it.

Then she comes waltzing around with a plateful of those damn cookies. I don't know what she put in them but they were addictive--worse than any drug, especially to Nick. I was going to say something. I mean his cholesterol was already through the roof. But I told myself, it's Christmas, let him have his fun. And big, fat reindeer butt did he ever. I don't know what she saw him. She probably had Daddy issues.

Seeing him with her, seeing him kiss her, in front of everyone, under the mistletoe, that's what pushed me over the edge. That's why I did it. That's why I shot your Santa Clause.
***
Sharing my author journey...
I'd like to thank you for your support as this blog transforms from a knitting/writing blog to a writing blog. And, even though I was apprehensive to make this change (read this post to learn why this change was necessary), it's paying off. My writing pages are receiving a lot more page views--especially my 'media kit', 'work in progress' and 'written by Leanne Dyck' pages. This is golden because I interrupt it to mean that you are interest in getting to know who I am as an author. : )
***
Next post:  Interview with Jan Degrass
Posted by Author Leanne Dyck at 9:00 AM