It was a bit of a strange accident! A couple of years ago a friend was writing and said if you ever get an idea, you should write it down, or you’ll forget it and never do anything with it. A few weeks later I had a moment like this early one morning. Unable to sleep, a scene came to me involving a couple of characters. I got up and started writing. I put down over 3000 words in one sitting and the first novel was underway.

Well, I still find it odd that I am considered an author by anyone! I have just published my second novel, so I suppose I qualify, but I still regard the whole thing as an enormous slice of luck. It is still a part-time endeavour though - it will be a long time before it can pay the bills like my day job can! 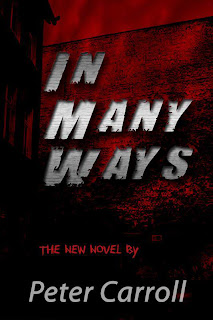 My first published piece was my novel ‘In Many Ways’. It’s a tough, gangster thriller; it’s set in Scotland and the story evolved from the idea already mentioned above. I have followed it up with a second called ‘Pandora’s Pitbull’ which is an apocalyptic sci-fi/horror thriller also set in Scotland.

It was published as an ebook by Raven Crest Books. It’s available on Amazon and Smashwords in all the usual formats. The new novel is only on Amazon at the moment.

I think it would be stretching it to say that I have a writing career yet. I am underway with two novels and more ideas in development and progress. I would love to make it a bigger part of my life and if it generates a decent income, I will do more of it.

Otherwise, I have mainly worked in retail – both the commercial sector and charity sector. I currently survey wildlife and help my brother to run his very successful company, which provides services to developers who require wildlife surveys in order to get planning permission.

I think all life experience helps you write. I can recall all manner of characters, situations and places that in some way might make their way into my novels. Sometimes with hefty embellishment and sometimes only with names changed to protect the guilty (me included!)

I am inspired by nature, music and any great achievement in any field. If you reach the pinnacle of whatever it is that most interests or inspires you, then you are a truly remarkable person. This holds true whether you are the world champion knitter or Usain Bolt.

Even though I have a background in marketing from my retail days, I have struggled with marketing my books. I have done all the usual stuff – social media, write a blog, etc. I am loath to pinpoint one thing and recommend it as a definite winner. However, I suspect the following thing did work for me…probably.

I commented on the Twitter post of a fellow Scots thriller writer congratulating him on making 50,000 sales of his books. I then bought one of his books. That night I sold 24 copies of my novel when previously I was selling around four a day. I looked at the book I bought and there, in the queue underneath, was my novel. It made me think about getting visibility in a target market – Scots thriller fans. So, I picked a couple of other books doing well and asked my brother and some friends to buy them. Again, I moved up the queues and sales of my novel started to pick up.

This effect was only temporary, but I think it gave me some momentum and crucial visibility on Amazon. I have not repeated the exercise with Pandora’s Pitbull but I intend to.

I am finding indie publishing a very rewarding and very frustrating process. The yo-yoing up and down Amazon rankings is disconcerting and driving momentum and visibility is a constant battle. However, it is a huge buzz knowing that every day, somewhere in the world, a bunch of people are downloading MY book and reading it! 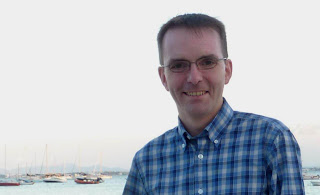