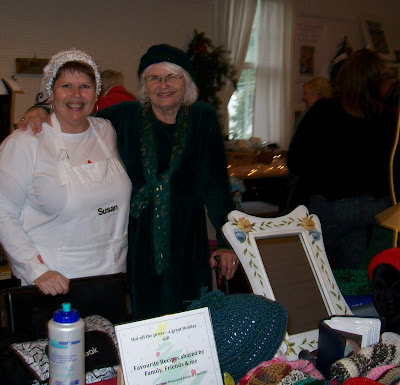 I am the co-rejuvenating partner of the Mayne Island writers' group. Starting that group was so easy.

I was at a house party and made a casual comment to a friend. I said, "I'd like to start a writers' group." Well, one thing led to another a few short weeks later the Mayne Island writers' group was formed.

I'm the founding member of the Knit Witts of Mayne Island. Starting that group was more challenging.

Well, I was new to the island and the knitting group was the first group I formed.

Taking the initiative to establish the group was a good experience for me, I learned a lot and would like to share some tips with you.

-The venue should reflect the tone of the group. If you want to party all night long, why not meet in a bar. If you're a little tamer, meet in a cafe, library, or yarn shop.
-Ensure that your location is easily accessible by public transportation.
-Consult with the owner of the venue before choosing it. Make sure that they are happy to have your group meet in their facility.
-At least initially, I would advise meeting in a public location.

I posted a note in my local newspaper. You may also wish to make posters and distribute handbills.

Posted by Author Leanne Dyck at 9:13 AM